Fear of God
by John Bunyan 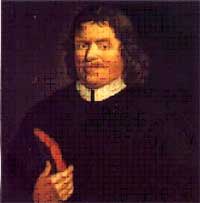 John Owen said of John Bunyan, a powerful preacher and the best-known of all the Puritan writers, that he would gladly exchange all his learning for Bunyan’s power of touching men’s hearts. John Bunyan was born in 1628 at Elstow, near Bedford, to Thomas Bunyan and Margaret Bentley. Thomas Bunyan, a brazier or tinker, was poor but not destitute. Still, for the most part, John Bunyan was not educated well. He became rebellious, frequently indulging in cursing. He later wrote, “It was my delight to be taken captive by the devil at his will: being filled with all unrighteousness; that from a child I had but few equals, both for cursing, swearing, lying, and blaspheming the holy name of God” (Works of Bunyan, ed. George Offor, 1:6). Sporadic periods of convictions of sin helped restrain some of that rebellion, however.

When Bunyan was sixteen years old, his mother and sister died a month apart. His father remarried a month later. Young Bunyan joined Cromwell’s New Model Army, where he continued his rebellious ways. Fighting in the Civil War sobered him considerably, however. On one occasion, his life was wonderfully spared. “When I was a soldier, I with others, was drawn out to go to such a place to besiege it. But when I was just ready to go, one of the company desired to go in my room; to which when I consented, he took my place, and coming to the siege, as he stood sentinel he was shot in the head with a musket bullet and died” (ibid.). read more....