The Water of Life (eBook) 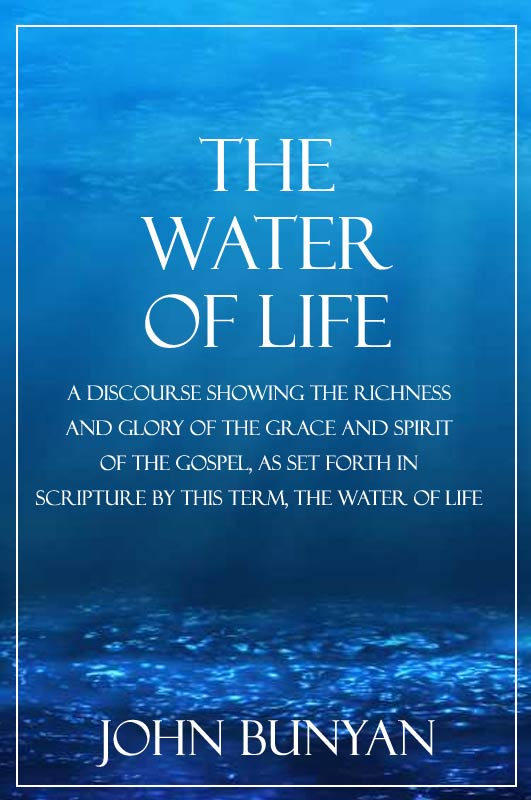 Often, and in every age, the children of God have dared to doubt the sufficiency of divine grace; whether it was vast enough to reach their condition—to cleanse them from the guilt of all their sins-and to fit their souls to dwell with infinite holiness in the mansions of the blessed. To solve these doubts—to answer these anxious inquiries, Bunyan wrote many of his works; for although he was a Boanerges, or son of thunder, to awaken the impenitent, he was eminently a Barnabas—a son of consolation—an evangelist to direct the trembling inquirer to Christ the way, the truth, and the life. He proclaims first, from his own experience, that there is "Grace abounding to the Chief of Sinners"; then he proclaims "Good News for the Vilest of Men, the Jerusalem Sinner is Saved"—"Christ is an Advocate"—"Christ is a complete Saviour." Every one is invited with a "Come and welcome to Jesus Christ." There is "Justification by his Righteousness"—"Salvation by his Grace." "He is a Throne of Grace" to which all are freely invited. Even "The Broken Heart is an acceptable sacrifice." There is "The Holy City, New Jerusalem," to receive such at the end of their pilgrimage, and directions amply given to the pilgrim to guide him in his progress to the celestial city; and he now introduces us to a majestic overflowing river, "The Water of Life," sufficient for the refreshment and solace of the myriads of God's saints who have lived from the creation, and will live until the final consummation of all things, when the prophet in holy vision saw "a great multitude which no man could number, of all nations, and kindreds, and people, stand before the throne, and before the Lamb." This work was the result of the author's mature experience, being published by him during the last year of his eventful life. In it he refers to one of those ten excellent manuscripts left by him at his decease, prepared for the press, and afterwards published by Mr. Doe. It is called, The Saint's Privilege and Profit. The way in which he alludes to this, as if it had been printed, shows that he had fully determined to publish it shortly, and this, if it was needed, would confirm our confidence in those treatises. He thus refers to it: "Because I have spoken of this thing, more particularly upon that text, 'Let us therefore come boldly unto the throne of grace,' I shall therefore here say no more."

Two things are rather extraordinary with regard to this valuable treatise on the Water of Life. One is, that although inserted in every list of our author's works, both published by himself and by his friends after his decease, it escaped the researches of Doe, Wilson, Chandler, Whitfield, and others who collected and published Bunyan's works, excepting only the edition with Mason's notes, printed for A. Hogg about 1785. The other singular circumstance is, that although the separate treatises of Bunyan were all most wretchedly and inaccurately printed, the Water of Life has in this respect suffered more than any other of his works. A modern edition of this book, published at Derby by Thomas Richardson, is, without exception, the most erroneously printed of all books that have come under my notice. The Scriptures are misquoted—words are altered so as to pervert the sense—whole sentences and paragraphs, and even whole pages in three or four places, and, in one instance, four consecutive pages, are left out!!! I should be grieved if more penal enactments were added to our statutes, but surely there should be some punishment for such a crime as this. The other editions are more reputable, but very incorrect. One of them bears the imprint of "London, for James Bunyan, 1760." Another has "London, sold by Baxter, Doolittle, & Burkit," evidently fictitious names, adopted from those three great authors. The Pilgrim's Progress was twice published by D. Bunyan, in Fleet Street, 1763 and 1768; and the Heavenly Footman, "London, sold by J. Bunyan, above the Monument." All these are wretchedly printed, and with cuts that would disgrace an old Christmas carol. Thus the public have been imposed upon, and thus the revered name of Bunyan has been sacrificed to the cupidity of unprincipled men. Had his works been respectably printed they would have all been very popular and useful, and his memory have been still more venerated. 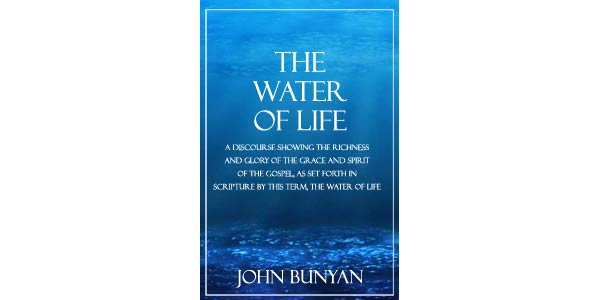 To attract his readers to come personally, and partake the blessings imparted by the water of life, Bunyan shows that, as a medicine, it alone is the specific to cure the sin-sick soul—all other applications must fail most fatally—"all other remedies come from and return to the Dead Sea"—while the water of life issues from, and leads the soul to, the throne of God. It cleanseth from the old leaven. The Divine Physician is ever ready to administer to the wearied soul. Be not misled by worldly-wisemen to take advice of the doctor's boy, but go direct to Jesus; he is ready—he is willing to cure and save to the uttermost. His medicine may be sharp, but merely so as to effect the cure "where bad humours are tough and churlish." "It revives where life is, and gives life where it is not. Take man from this river, and nothing can make him live: let him have this water and nothing can make him die." The river of water of life allegorically represents the Spirit and grace of God; thus the truth is mercifully set before us, for "what is more free than water, and what more beneficial and more desirable than life?" Vast and majestic rivers convey but a faint idea of the immensity of Divine grace; in comparison with which "the most mighty mountain dwindles into the least ant's egg or atom in the world." A stream of grace issued from the same source during the patriarchal dispensation, and then mankind were directed to it by immediate revelation, or by the tradition of their fathers. It extended under the Jewish or Levitical law, in its course passing through the temple, issuing from under the threshold of God's house, revealed by types, and shadows, and an earthly priesthood, and then "grace ran but slowly because Jesus was not glorified." Now it flows like a majestic river from the throne of God, open to all, without limit of family or nation, revealed to every creature by the volume of inspiration. This water admits no mixture—it is pure and perfect as its origin—free as the air we breathe to sustain life. "There is no grudge, or a piece of an upbraiding speech heard therein." Any attempt to mix with it human merits destroys all its efficacy. In it, and in it only, spiritual life, exciting to works of mercy, and giving sure hopes of immortal bliss, is to be found. God's children can no more live separated from this river than fish can live out of water. As a fish, by natural instinct, avoids foul and unwholesome water, so a Christian has spiritual powers to judge of the purity of doctrine. Like the manna from heaven, and our daily bread, it must be supplied day by day. No church cistern of works of supererogation can supply this pure water. All such pretended supplies are poisonous. It must come direct from heaven without human interference. Those only who spiritually thirst will seek it. Some prefer wine that perisheth in the using, while this water, once received, becomes a well-spring of living waters, springing up into everlasting life. How marvellous that river which swallows up all the impurities of the myriads of the redeemed, so that they are seen no more for ever. These are the truths pressed upon our attention in this treatise. Well may our venerated Bunyan say, while richly enjoying the blessings of this river of grace, just before he waded through the black river which absorbs our earthly bodies—"O grace! O happy church of God! all things that happen to thee are, for Christ's sake, turned into grace!" It is a river that so reflects the splendour of God, that the first sight of it was to Paul above the brightness of the sun; a light that did, by the glory of it, make dark to him all the things in the world.

Reader, may your soul and mine be abundantly refreshed from this inexhaustible river, the streams whereof make glad the city of God.

The Greatness and Abundance of the Water of Life

Inferences to be drawn from this term River

The Head or Well-Spring of the Water of Life

The Nature and Quality of this Water

The other qualities of this water

The Application of the Whole