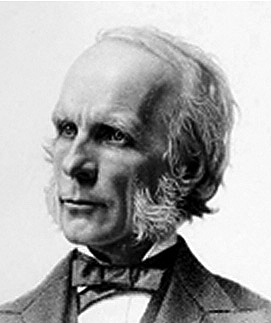 "God's works of providence are his most holy, wise, and powerful, preserving and governing all his creatures and all their actions" (Westminster Larger Catechism 18). Preservation and government are the two functions in the eternal providence of God. They presuppose creation. Preservation is described in Heb. 1:3 as an "upholding." The Son of God "upholds all things by the word of his power." Nothing that is created ex nihilo is self-sustaining. Consequently, it must be sustained in being. It would not require a positive act of omnipotence, antithetic to that exerted in creation from nothing, in order to annihilate created existences. Simple cessation to uphold would result in annihilation. For to suppose that matter, for example, could persist in being after the withdrawal of God's preserving power, with such an intensity as to necessitate a direct act of omnipotence to annihilate it, would imply that matter has self-existence and self-continuance. But this is an attribute that is incommunicable to the creature. This is true of finite mind, as well as of matter. Created spiritual substance is not immortal because it has self-subsistence imparted to it by the Creator, but because he intends to uphold and sustain it in being forever:

When we speak of the soul as created naturally immortal, we mean that it is by divine pleasure created such a substance as not having in itself any composition or other particles of corruption will naturally or of itself continue forever, that is, will not by any natural decay or by any power of nature be dissolved or destroyed; but yet nevertheless depends continually upon God, who has power to destroy or annihilate it if he should think fit (Clarke, Letter to Dodwell).

Preservation is more than merely imparting to matter certain properties and placing it under certain invariable laws. This is the deistical view of providence. God is not immediately present nor does he operate directly, but only at a distance. This amounts to communicating self-subsistence to the creature. God so constitutes the creation that it can continue to exist and move by means of its own inherent properties and laws. But the elements and laws of matter are only another name for matter itself; another aspect or mode of matter. The deistical theory, consequently, implies that matter, after its creation, is self-sustaining and self-governing. But self-subsistence and self-sustenation are incommunicable properties. They can characterize only the Creator. Neither is preservation the immediate presence and operation of God, as the soul of the world. This is the pantheistic view of providence. According to this theory, God is the informing life, the plastic force in mind and matter. God is the only agent in this case; as he is the only substance, of which his life is the life. This allows no secondary substance and no second causes.

According to the Scriptures, preservation is the immediate operation of God as a distinct and different being upon, in, and with the creature as a different and distinct being and always in accordance with the nature of the creature. In the material world, God immediately works in and through material properties and laws. In the mental world, God immediately works in and through the properties and faculties of mind. Preservation never runs counter to creation. God does not violate in providence what he has established in creation. The Creator, if we may so say, adjusts and accommodates himself to his creature in his providential operation. "God," says Cardinal Toletus, "concurs with second causes in accordance with their nature. To work out his own most agreeable arrangement of everything, he concurs freely with free causes; with necessary causes, necessarily; with weak causes, weakly; and with powerful causes, powerfully." The best illustration of the mode in which God operates in providence is found in the action of the human soul upon the body. The soul is immediately present to and with the body, yet a different essence from it. The mental force that moves a muscle is not physical, but different in kind from physical force. The soul is not the mere animal vitality which inheres in the muscle and in the body generally. If it were, it would not be mental force. If the human soul moved the human body, not voluntarily, but in the same way that the vegetable life moves the atoms of the plant or the animal life moves the molecules of animal protoplasm, it would be only a plastic and informing force that would die with the plant or the animal. It would not be a distinct and different subject or substance from the body. The soul as an ego and a whole exists in every part of the body and operates immediately at every point of the body, yet as an entity other than the body and controlling it. It is present at every point where there is bodily sensation and works at every point where there is bodily motion. So, also, in the instance of God and the created universe, there are two beings of different substance and nature, one of which is immediately present with the other, directly operating in and upon it, upholding, and governing. The immediate operation of God in his providence is taught in Acts 17:28: "In him we live and move and have our being (kai esmen)." God preserves (a) the being, that is, the substance, both mental and material, of the creature; (b) the inherent properties and qualities of the substance given in creation; (c) the properties and qualities acquired by use, development, and habit.

All nature is but art unknown to thee,

And chance direction which you cannot see.

The second part of providence is government. This follows from creation and preservation. He who originates a substance or being from nothing and upholds it must have absolute control over it: "His kingdom rules over all" (Ps. 103:19). The government of God in the physical universe is administered by means of physical laws. A law of nature is the manner in which the material elements invariably act and react upon each other under the present arrangement of divine providence. The law of gravitation, for example, is the fact that matter, as man now knows it, attracts matter inversely as the square of the distance.

The following particulars are to be noticed in respect to all the laws of nature, in distinction from mental and moral laws. A law of nature is a positive statute as much so as the statute of circumcision or the law of the Sabbath. Physical laws have no a priori necessity. They might have been otherwise than they are had the Creator of them so determined. God could have originated from nonentity a kind of matter that should have attracted directly as the distance or inversely as the cube of the distance. He might have established the law of chemical affinity upon a different numerical basis from the present. Supposing certain gases to combine with others in the proportion of 1, 3, 5, 7, etc., God might have created instead of them, gases that combine with others in the proportions of 1, 2, 4, 6, etc. This follows from the fact that creation is ex nihilo and consequently is absolutely untrammeled by any preexisting substance which necessitates the qualities of the thing created. He who creates matter from nonentity has the most absolute and arbitrary power conceivable, in respect to the properties which matter shall possess. A demiurge who merely molds an existing hylē has no such option and freedom as this. He must take the properties of the hylē5 into consideration. But a Creator is not thus conditioned. Galileo, in his Dialogues on the Ptolemaic and Copernican Systems, says, through Simplicio: "It is not to be denied that the heavens may surpass in bigness the capacity of our imaginations nor that God might have created them a thousand times larger than they are" (Private Life of Galileo, 237). Whewell remarks that "some writers have treated the laws of motion as self-evident and necessarily flowing from the nature of our conceptions. We conceive that this is an erroneous view and that these laws are known to us to be what they are by experience only; that the laws of motion might, so far as we can discover, have been any others" (Astronomy and General Physics 2.2) (see p. 59).

It follows from this that the so-called invariableness of natural laws is relative, not absolute. They are invariable under the present constitution of matter and arrangement of the material system. Suppose another constitution and arrangement, and they would be different from what they are. And such a supposition is possible, unless we assume that he who creates something from nonentity is limited and conditioned by nonentity. And surely those who can conceive that there may be a world in which two and two do not make five can conceive of more than one constitution of matter and course of nature.

The government of God in the mental world is administered (a) mediately through the properties and laws of mind and (b) immediately by the direct operation of the Holy Spirit. Moral agents are governed and controlled by all the varieties of moral influence, such as circumstances, motives, instruction, persuasion, and example, and also by the personal efficiency of the Holy Spirit upon the heart and will.