Works of Flavel
by John Flavel

Keeping the Heart
by John Flavel

Mystery of Providence
by John Flavel 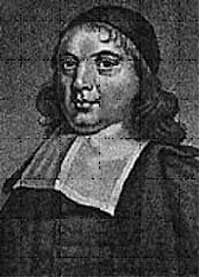 John Flavel (or Flavell) was born in 1628 in Bromsgrove, Worcestershire. He was the son of Richard Flavel, a minister who died of the plague in 1665 while in prison for nonconformity. John Flavel was educated by his father in the ways of religion, then “plied his studies hard” as a commoner at University College, Oxford. In 1650, he was ordained by the presbytery at Salisbury. He settled in Diptford, where he honed his numerous gifts.

He married Joan Randall, a godly woman, who died while giving birth to their first child in 1655. The baby died as well. After a year of mourning, Flavel married Elizabeth Stapell and was again blessed with a close, God-fearing marriage, as well as children.

In 1656, Flavel accepted a call to be minister in the thriving seaport of Dartmouth. He earned a smaller income there, but his work was more profitable; many were converted. One of his parishioners wrote of Flavel, “I could say much, though not enough of the excellency of his preaching; of his seasonable, suitable, and spiritual matter; of his plain expositions of Scripture; his talking method, his genuine and natural deductions, his convincing arguments, his clear and powerful demonstrations, his heart-searching applications, and his comfortable supports to those that were afflicted in conscience. In short, that person must have a very soft head, or a very hard heart, or both, that could sit under his ministry unaffected” (Erasmus Middleton, Evangelical Biography, 4:50-51). read more....