A Practical Treatise of Fear (eBook) 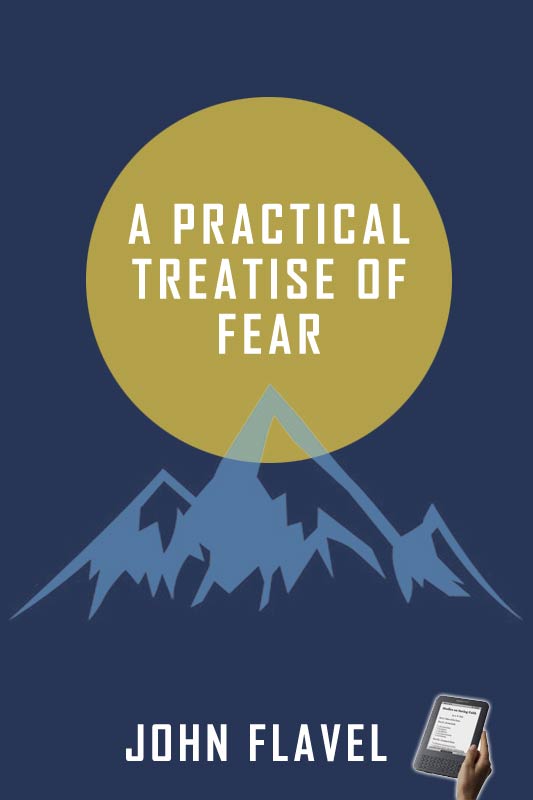 AKA: Triumphing Over Sinful Fear.  Wherein the various kinds, uses, causes, effects and remedies thereof are distinctly opened and prescribed, for the relief and encouragement of all those that fear God in these doubtful and distracting times.

"This is easily one of the most important Puritan books that I have read. It is deeply convicting, full of Christ, and loaded with sound pastoral wisdom on a vital, yet neglected topic. Flavel distinguishes between “the fear of the Lord” and sinful fear that results from unbelief. In essence, the fear of the Lord is the single and great remedy to all forms of sinful fear. In making such distinctions, he guides us through the much-neglected topic of how to walk in the fear of the Lord, in a way that is precise, pastorally sensitive, and that can help suffering Christians." - Ryan McGraw

THERE is not more diversity found in the outward features, than in the inward tempers and dispositions of men; some are as timorous as hares, and start at every sound or yelp of a dog; others as bold as lions, and can face dangers without trembling; some fear more than they ought, and some before they ought, and others when they ought not at all. The carnal person fears man, not God; the strong Christian fears God, not man; the weak Christian fears man too much, and God too little.

It cannot be said of any man, as it is said of Leviathan, Job 41:33 that he is made without fear; those that have most fortitude are not without some fears; and when the church is in the storms of persecution, and almost covered with the waves, the stoutest passengers in it may suffer as much from this boisterous passion within, as from the storm without; and all for want of thoroughly believing, or not seasonably remembering that the Lord high Admiral of all the ocean, and Commander of all the winds, is on board the ship, to steer and preserve it in the storm.

A pregnant instance hereof is furnished to our hands in this context, where you find the best men trembling in expectation of the worst events both on the church in general, and themselves in particular. "Their hearts were moved like the trees of the wood shaken with the wind," chap. 7:2.

And, indeed, if their dangers were to be measured by sense only, their fears were not above the value of the cause, yea, their danger seemed to exceed their fears; for it was the invasion of a foreign and cruel enemy, even the Assyrian, who were to break in upon them, like a breach of the sea, and overflow the land of Immanuel. Ver. 7. "The Lord bringeth up upon them the waters of the river, strong and many; even the king of Assyria, and all his glory, and he shall come up over all his channels, and go over all his banks." And as the 7th verse resembles the enemy to waters, which quickly drown the country into which they break, so the 8th verse tells you how far they should prevail, and how near it should come to a general and total ruin. "He shall pass through Judah, he shall overflow and go over; he shall reach even to the neck, and the stretching out of his wings shall fill the breadth of thy land, O Immanuel." All the body shall be under water, except the capital city, which remained above water.

Having thus described the power and success of the invading enemy, in the 9th and 10th verses, he derides their plots and combinations, assuring them, that although God, for just and holy ends, would permit them, for a time, to afflict his people; yet the issue of all these counsels and cruelties should recoil upon themselves, and end in their own ruin and confusion.

And thereupon Isaiah is commanded to encourage the feeble and trembling hearts of such as feared God in those distracting and frightful times. Ver. 11, 12, 13. "The Lord spake unto me with a strong hand, and instructed me that I should not walk in the way of this people, saying, Say ye not a confederacy," &c.

God speaking to the prophet by a strong hand, imports the strong and mighty impression that was made upon his heart, by the spirit of prophecy; wherein the Lord did, as it were, lay his hand upon him, as a man doth upon one to whom he is about to impart some special secret in a familiar way, q. d. Come hither, Isaiah, (drawing him to him at the same instant, with a friendly hand) take deep notice of what I am now to give thee in charge, both with respect to thyself, and my elect people that follow thee; "Say not ye, A confederacy to all them to whom this people shall say a confederacy," i.e. let not these frightful tidings work upon you as they do upon Ahaz, and the common multitude with him, who are so terrified and scared with the approaching dangers, that all their counsels, thoughts, and studies, are taken up in preventing it, by making a confederacy or league with the Assyrian: Hos. 5:13. or if that cannot be, then with some foreign power that may secure them against the Assyrian: but their eyes are not at all to me for protection and deliverance; they expect more from Egypt than from heaven; from a broken reed, than from the rock of ages. Fear not you their fear; their fear drives them from God to the creature; it first distracts them, and then ensnares them.

But, on the contrary, see that thou and all the faithful in the land with thee, do sanctify me in your hearts, and make me your fear and your dread, i.e. rely upon me by faith in this day of trouble, and see that you give me the glory of my wisdom, power, and faithfulness, by relying entirely upon those my attributes engaged for you in so many tried promises; and do not betake yourselves to such sinful and vain shifts as those do that have no interest in me, nor experience of me. This is the general scope and design of the text, wherein more particularly, you have,

3. A singular encouragement to apply that remedy.

1. An evil practice prohibited, "Fear not their fear, neither be afraid." This is that sinful principle, which was but too apt to incline them to do as others did, to wit, to say, A confederacy. Sinful fears are apt to drive the best men into sinful compliances and indirect shifts to help themselves.

Their fear may be understood two ways;

1. Subjectively, for the self-same fear wherewith the carnal and unbelieving Jews feared; a fear that enslaved them in bondage of spirit, a fear that is the fruit of sin, a sin in its own nature, the cause of much sin to them, and a just punishment of God upon them for their other sins.

2. Effectively, Let not your fear produce in you such mischievous effects as their fear doth; to make you forget God, magnify the creature, prefer your own wits and policies to the Almighty Power and never-failing Faithfulness of God: if you say, but how shall we help it?

2. Why, in the next place, you have an effectual remedy prescribed; but sanctify the Lord of hosts himself, and let him be your fear and your dread. The fear of God will swallow up the fear of man, a reverential awe and dread of God will extinguish the slavish fear of the creature, as the sun-shine puts out fire, or as one fire fetches out another; so will this fear fetch out that.

By sanctifying the Lord of hosts himself is meant a due ascription of the glory of his sovereign power, wisdom, and faithfulness, not only in verbal and professed acknowledgments thereof, but especially in those internal acts of affiance, resignation, and entire dependence on him, which, as they are the choicest respects of the creature towards its God, and give him the greatest glory, so they are certainly the most beneficial and comfortable acts we can perform for our own peace and safety in times of danger.

If a man do really look to God in a day of trouble and fear as to the Lord of hosts, i.e. one that governs all the creatures, and all their actions; at whose beck and command all the armies of heaven and earth are, and then can rely upon the care and love of this God, as a child in danger of trouble reposes on, and commits himself with greater confidence to the care and protection of his father: O what peace, what rest, must necessarily follow upon this! Who would be afraid to pass through the midst of armed troops and regiments, whilst he knows that the general of the army is his own father? The more power this filial fear of God obtains in our hearts, the less will you dread the power of the creature. When the Dictator ruled at Rome, then all other officers ceased; and so, in a great measure, will all other fears, where the fear of God is dictator in the heart. This is the remedy.

3. And to enable us to apply this remedy in the worst and most difficult times, we have a singular encouragement proposed: if we will thus sanctify the Lord of hosts himself, by such an acknowledgment of, and child-like dependence on him in times of danger, then he will be to us for a sanctuary, Asyli loco, i.e. he will surely protect, defend, and provide for us in the worst times and cases*; then will the Lord "create upon every dwelling-place of mount Zion, and upon her assemblies, a cloud, and smoke by day, and the shining of a flaming fire by night: for upon all the glory shall be a defence, and there shall be a tabernacle for a shadow in the day-time, from the heat, and for a place of refuge, and for a covert from the storm and from rain." Let the winds roar, the rain beat, the lightnings flash, you are in safety, and have a good roof over your heads. Hence these two points of doctrine offer themselves:

Doct. 1. That the best men are too apt to be overcome with slavish fears, in times of imminent distress and danger.

Doct. 2. That the fear of God is the most effectual means to extinguish the sinful fear of men, and to secure us from danger. 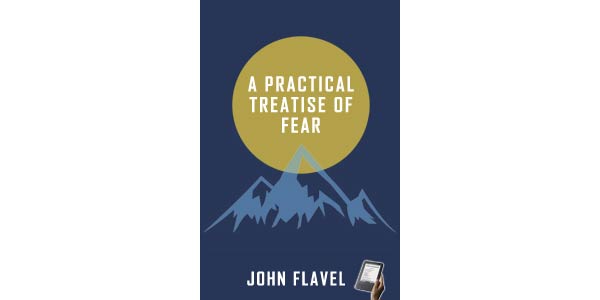 CHAP. I: Wherein the text and context are opened, the doctrines propounded, and the general method stated

CHAP. II: Wherein the kinds and nature of fear are opened, and particularly the distracting, slavish fears of creatures

CHAP. III: Shewing the various uses of Fear, both natural, sinful, and religious, in the government of the world by Providence

CHAP. IV: Wherein the spring and causes of sinful fear are searched out, and the evils of such fears thence discovered

CHAP. V: Laying open the sinful and lamentable effects of slavish and inordinate fear, both in carnal and regenerate persons.

CHAP. VI: Prescribing the rules to cure our sinful fears, and prevent these sad and woful effects of them.

CHAP. VII: Answering the most material pleas for slavish fears, and dissolving the common objections against courage and constancy of mind in times of danger.