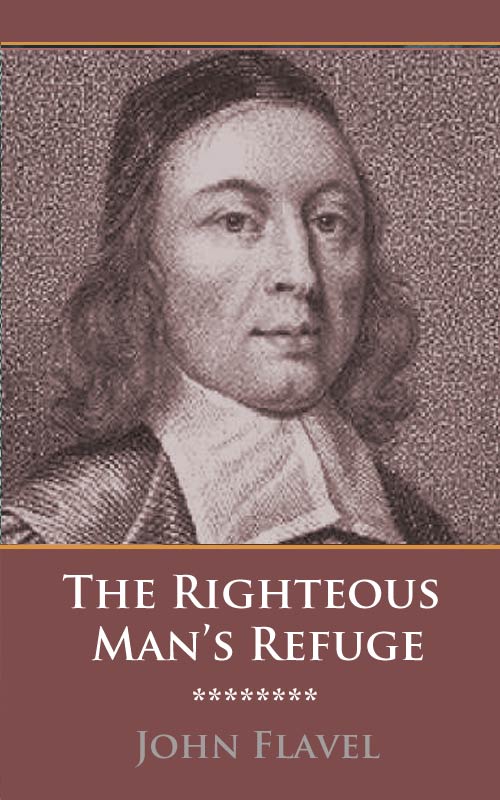 "IF* Heinsius, when he had shut up himself in the library at Leyden, reckoned himself placed in the very lap of eternity, because he conversed there with so many Divine souls, and professed he took his seat in it with so lofty a spirit and sweet content, that he heartily pitied all the great and rich men of the world, that were ignorant of the happiness he there daily enjoyed;" How much more may that soul rejoice in its own happiness, who hath shut himself up in the chambers of the Divine Attributes, and exerciseth pity for the exposed and miserable multitude that are left as a prey to the temptations and troubles of the world.

That the days are evil, is a truth preached to us by the convincing voice of sense; and that they are like to be worse, few can doubt that look into the moral causes of evil times, the impudent height of sin, or into the prophecies relating to these latter days; for whom the sharpest sufferings are appointed to make way for the sweetest mercies. A faithful† watchman of our own hath given us fresh and late warning in these words of truth: Hath God said nothing? doth faith see nothing of a flood coming upon us? Is there such a deluge of sin among us, and doth not that prophesy to us a deluge of wrath? Lift up your eyes, Christians, stand, and look through the land, eastward and westward, northward and southward, and tell me what you see? Behold, a flood cometh: a flood of sin is already broken forth upon us, the fountains of the great deeps are broken up, and the windows of hell are opened, &c. In such an evil day as this is, happy is the soul that hath made God its refuge, even the most high God its habitation. He shall sit Noah-like, Mediis tranquillus in undis, safe from the fear of evil. In consideration of the distress of many unprovided souls for the misery that is coming on them, and not knowing how short my time will be useful to any, (for I know it cannot be long) I have endeavoured once more the assistance of poor Christians in these two small treatises, one of fear, the other of preparation for the worst of times; which, it may be, is the last help I shall this way be able to afford them. It is therefore my earnest request to all that fear the Lord, and tremble at his word, to redeem their time with double diligence, because the days are evil; to clear up their interest in Christ and the promises, lest the darkness of their spiritual estate, meeeting with such a night of outward darkness, overwhelm them with terrors insupportable. Some help is offered in this treatise to direct the gracious soul to its rest in God: May the blessings of his Spirit accompany them, and bless them to the soul of him that readeth; it will be a matter of joy beyond all earthly joys to the heart of,

Thy friend and servant in Christ,

Chapter I: The Text Considered

Chapter II: Times and Seasons Appointed by God for the Pouring out of His Indignation Upon the World

Chapter III: God's Own People Ought to be Suitably Affected with those Judgments that Befal the Nation

Chapter IV: God Hath a Special and Peculiar Care of His Own People in theDays of His Indignation

Chapter V: God Usually Premonisheth the World, Especially His Own People, of His Judgments Before they Befal Them

Chapter VI: God's Attributes, Promises, and Providences, are Prepared for the Security of his People

Chapter VII: Divine Wisdom, as a Second Chamber of Security to the Saints in Difficult Times

Chapter VIII: Divine Faithfulness, as a Third Chamber of Security to the People of God, in Times of Distress and Danger

Chapter IX: The Unchangeableness of God, as a Fourth Chamber of Refuge and Rest in Times of Trouble

Chapter X: The Care of God for His People in Times of Trouble, as the Fifth Chamber of Rest to Believers

Chapter XI: The Love of God, as a Resting-Place to Believing Souls in Evil Times