An Exposition of the Assembly's Shorter Catechism (eBook) 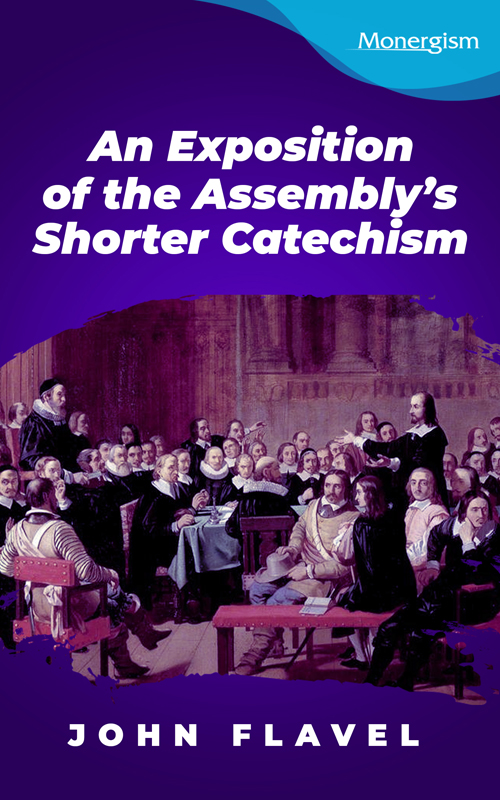 THAT catechising is an ordinance of God, few will doubt, when they consider the apostles did first lay the fundamentals of religion; Heb. 6:1. And "fed babes with milk, teaching them the first principles of the oracles of God," Heb. 5:12 and questionless taught them in that manner, which was most suitable to the capacity of the learners, which may be well supposed to be by plain and short questions, and suitable answers thereunto; and therefore this hath been a constant practice in the church of God; and the primitive church had a particular person appropriated thereunto, whom they called Catechist.

And so all well-governed, and wisely-managed churches, have still maintained and used it, as knowing the necessity and usefulness thereof; for the younger sort to inform them in the principles of that religion where into they were baptized; and for the establishment of the adult and more aged therein.

Hence have issued those little composures of all the fundamental doctrines of faith and practice so handled (which we call Catechisms) in the churches; and particularly in ours, whereof there are many and divers, whose authors have well deserved for their endeavours to inform and edify the people thereby.

But among them all, none excel this little Catechism of the Assembly for orthodoxy, fulness, and method.

And because the answers therein are some of them pretty large, and treat of the most profound mysteries of our religion; therefore several persons have bestowed their good and laudable pains, some in descanting more largely, and proving by scriptural reasons the particulars: one has shown the harmony thereof with the articles and homilies of the church of England (designed, I suppose, to remove the prejudice which some have taken against it:) others have parted the questions and answers into several little ones, under each, to make them more intelligible to younger ones, and more easy to be remembered.

Among whom, worthy, orthodox, and excellent Mr. John Flavel may be ranked, who among other of his many most profitable labours, applied himself to the chewing of this bread of life, or crumbling it into smaller pieces, for the covenience of children, and, indeed, of all; wherein (as in all his other works) he hath shewn himself a workman, that needs not to be ashamed.

There needs no other recommendation to this posthumous piece, but the worthy author's name; he was removed before he had completely finished it; he had prepared his questions and answers upon the second petition of the Lord's Prayer; but lived not to propose them in the public congregation. God then translated him into his kingdom of glory above, while he was so industriously endeavouring to promote the kingdom of grace below.

The other five remaining questions and answers (to complete the work) were done by a ruder hand; as may be easily discerned by any observant reader, who will find himself transferred from a plain, clear, and delightful stile, method, and manner, into more rough, disorderly, and unpleasant ones; for, who indeed could equal this divine labourer? Not the completer; who would account himself to have made very great attainments in divinity and usefulness, if he were left but a few furlongs behind him.

Let the reader use and peruse this piece, and he wall see cause to bless God for the author.

Of the Scriptures as our Rule

Of Faith and Obedience

God is a Spirit

Of Three Persons in the Godhead

Of the Covenant of Works

Of the Fall of Man

Of the Tree of Knowledge

Of the Fall of Adam, and ours in him

Of the Salvation of God's Elect, and of the Covenant of Grace

Of the Covenant of Grace

Of the only Redeemer

Of the Manner of Christ's Incarnation

The second Part of the 28th Question of Christ's exaltation

Of the Application of Christ

Of our Union with Christ

Of the Concomitants of Vocation

Of Assurance, the Fruit of Justification

Of Peace of Conscience

Of Joy in the Holy Ghost

Of the Increase of Grace

Of Perfection at Death

Of Rest in the Grave

Of the Full Enjoyment of God

Of Man's Duty to God

Of the Moral Law

Of Love to God and Man

Of the Preface to the Ten Commandments

Of the First Commandment

Of the Second Commandment

Of the Third Commandment

Of the Sabbath II

Of the Fifth Commandment

Of the Sixth Commandment

Of the Seventh Commandment

Of the Eighth Commandment

Of the Ninth Commandment

Of the Tenth Commandment

Of Keeping the Law

Of the Inequality of Sin

Of the Demerit of Sin

Of What God Requires of Us

Of the Properties, Signs, and Means of Faith

Of the Word Read and Heard

Of the Manner of Hearing

Of Sacraments as Means of Salvation

Of the Nature of Sacraments

Of the Number of Sacraments

Of the Subjects of Baptism

Of the Lord's Supper

Of the Elements, Action, and Subjects of it

Of the Duties of Communicants

Of Direction in Prayer

Of the Preface to the Lord's Prayer

Concerning the Doing of God's Will

Of God's Leading us into Temptation