The Seven Utterances of Christ on the Cross (eBook) 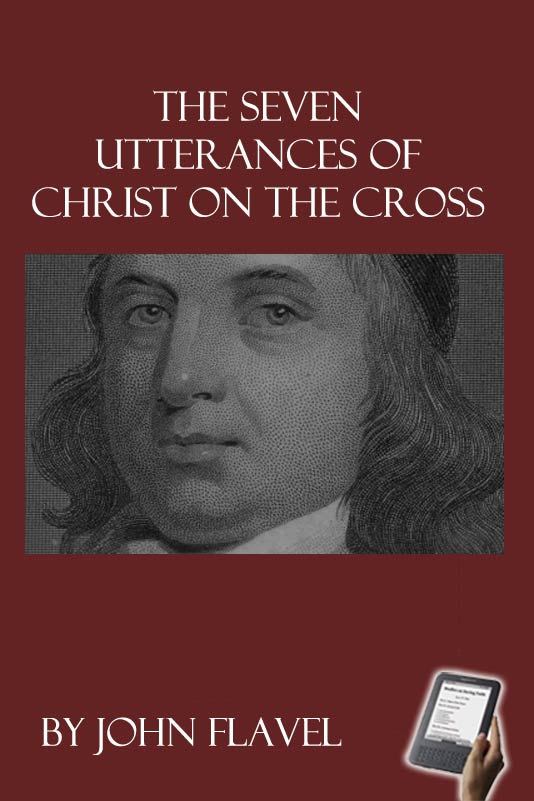 The manner in which Christ died has already been opened in the solitude and patience in which he died. The third, to wit, the instructiveness of his death, now follows, in these seven excellent and weighty sayings, which dropped from his blessed lips upon the tree, while his sacred blood dropped on the earth from his wounded hands and feet; so that on the cross he exercised both his priestly and Prophetic office together, redeeming us by his blood, and instructing us by his words.

These words are seven in number; three directed to his Father, and four more to those about him. Of the former sort this is one, Father, forgive them, etc. In which we have, First, The mercy desired by Christ, and that is forgiveness. Secondly, The persons for whom it is desired, [Them,] that is, those cruel and wicked persons that were now imbruing their hands in his blood. And, Thirdly, The motive or argument urged to procure that mercy from his Father, for they know not what they do.

The First of Christ's Seven Words on the Cross here Illustrated

The Second Excellent Word of Christ Upon the Cross

The Third of Christ's last Words Upon the Cross

The Fourth Excellent Saying of Christ upon the Cross

The Fifth Excellent Saying of Christ Upon the Cross

The Sixth Excellent Saying of Christ Upon the Cross

Covenant
Geerhardus Vos
Brotherly Love
Geerhardus Vos
The Doctrine of the Trinity
Thomas Ridgley
An Old Experiment’s Attempt to Destroy the New World
Curated Resources
I'm A Christian And You're A Catholic So What's The Difference?
Mike Gendron
The Sheepdogs That Wouldn’t Bark
Doug Wilson
How to Talk to a Heretic (8-Part Sermon Series)
Dr. John MacArthur
Confronting Error with Condemnation, Not Conversation
Dr. John MacArthur
Translation manipulation
World Magazine
The Privileges That Are Ours
Dr Sinclair B Ferguson
New Religions for a New Age
T. M. Suffield
You Must Be Ready for Jesus' Return!
Campbell Markham
The Punishments of Sin in the Present Life
Thomas Ridgley
The Elect are Chosen in Christ
Thomas Ridgley
Trinity vs. Tawheed
James White
DeYoung, Thompson, and Kwon: Seeing the Danger
Neil Shenvi
From Giving Money to Relinquishing Power: The Three Phases of Generosity
Curated Resources
The Joy of the Lord
Fred Sanders
The Intellectual Pattern of Pragmatism
Bruce Little
The Nature and Definition of God
W. G. T. Shedd
The Divine Attributes (eBook)
Thomas Ridgley
The Condition of Those Who Are Without the Gospel
Thomas Ridgley
The Self-Existence of God
Thomas Ridgley
The Trinity’s Fruitful Root
D. Blair Smith
Doddridge on Fake Preaching
Chris Gordon
How Jesus Brings Peace
Nicholas T Batzig
The Problem Is Us
Robert Rothwell
The Foolishness of Preaching
Jonathan Landry Cruse
Being Discerning and Being Critical Are Not the Same thing
Stephen Kneale
Of Devils and Advocates: The Meaning of Native Graves
Steven Wedgeworth
Of the Covenant of Grace, in the Making and Administration of it
John Brown of Haddington
Of the Covenant of Works, in the Making, Breach, and Ruinous Consequences of it
John Brown of Haddington
The Justice of God
John Brown of Haddington
Stuck in Sodom
Doug Eaton
Resources on the Law/Gospel Distinction
R Scott Clark
The Way Calvin Read The Ten Commandments May Not Be The Way You Are Used To Reading The Ten Commandments (But It Should Be)
R Scott Clark
9 Things You Should Know About Mainline Protestantism
Joe Carter
Host as You: Are Practicing Hospitality as a Family
Rosaria Butterfield
How Much Media Is Too Much Media?
John Piper
The Depressing Dead End of ‘Your Truth’
BRETT MCCRACKEN
Three Big Bangs
Alan Shlemon
The Illusion of Porn "Literacy"
Samuel James
Jesus Was Also Baptized
Fred Sanders
A Redemptive-Historical Perspective on the Temple, Part 2
G K Beale
A Redemptive-Historical Perspective on the Temple, Part 1
G K Beale
Biblical Theology of Jesus and the Gospels (6-Part MP3 Lecture Series)
G K Beale
Christ in the Old Testament
Vern S Poythress
An Introduction to Biblical Theology
D A Carson
What Should Every Christian Know About Biblical Theology?
G K Beale
A Study of 1 Samuel (21-Part MP3 Series)
Dale Ralph Davis