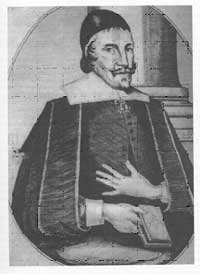 Burroughs’s ministry falls into four periods, all of which reveal him as a zealous and faithful pastor. First, from about 1627 until 1631, he was assistant to Edmund Calamy at Bury St. Edmunds, Suffolk. Both men became members of the Westminster Assembly. Both men strongly opposed King James’s Book of Sports. Both refused to read the king’s proclamation in church that dancing, archery, vaulting, and other games were lawful recreations on the Lord’s Day.

Second, from 1631 to 1636, Burroughs was rector of Tivetshall, Norfolk, a church that still stands today. Despite the best efforts of his patron, Burroughs was suspended in 1636 and deprived in 1637 for refusing to obey the injunctions of Bishop Matthew Wren, especially regarding the reading of the Book of Sports, and the requirements to bow at the name of Jesus and to read prayers rather than speak them extemporaneously. read more....