The Saints Duty in Times of Extremity (eBook) 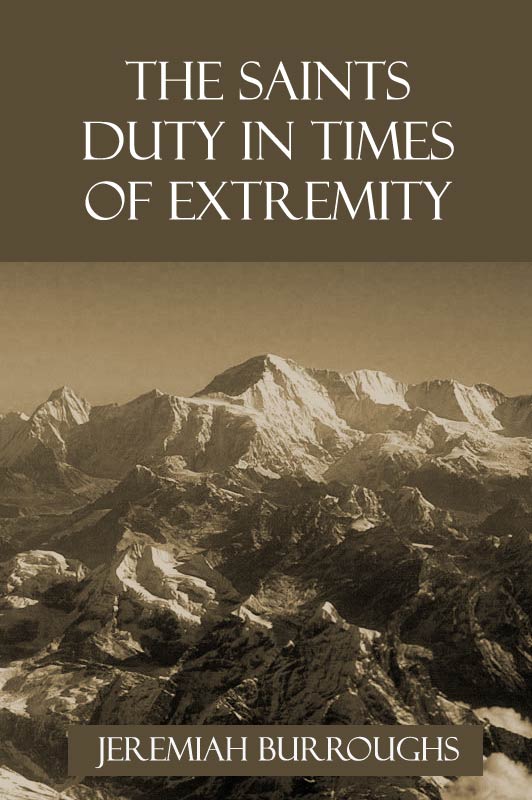 What the certainty is of the cause of those fears that are upon the hearts of people, is not yet apparent; but that there are many disquieting fears in their hearts, that is apparent to the full. And therefore, though I prepared for that ordinary course as formerly; yet for this time, I desire that you turn to that Scripture, so that I might speak a word in season.

The beginning of the verse is thus, And Moses said to the people, fear not, stand still and see the Salvation of the Lord. In the previous chapter, we have Pharaoh dismissing Israel out of Egypt. In this chapter, we have him pursuing Israel with a newly heated fury, against all common sense and reason. His malice and rage besotted him, because God intended to destroy him. Though God’s hand appeared gloriously for His people before, yet Pharaoh would not see the majesty of the Lord; but he will see it. He gathers all the strength he possibly can, and seems too rash in his way. He overtakes; and he overtakes them in a place of the greatest advantage that could possibly be. For the text says that they were before Pi-hahiroth, in the first verse, between Migdol and the Sea, against Baal-zephon — and that was by God’s appointment too.

Migdol signifies a tower; so that, in that place the Egyptians had likewise built a tower. Besides the advantage of the rocks, and of the hills, there was a tower built for their further strengthening. And there the people of Israel were an unarmed people. Not only were they by the Tower, but they were against Baal-zephon.

I remember in the last sermon, I showed you what Baal was, and what several Baals there were that the heathens worshipped for their gods. It is a general name that is sometimes used for any other idol. This Baal-zephon was a god they worshipped on this ground; they had an idol set in that place, upon going out of Egypt, that was to watch those who were going out. For so zephon comes from zuri speculatus est — the god who was to watch, who was to stand and watch for any runaway servant, or any people who left Egypt without leave. They were trusting in the Baal, that he would stop them, and keep them; and he was set in that place for that very purpose. Thereupon, his name was Baal-zephon. By their magic arts, conjurers would have their spells and spirits stop men in such a place, so they won’t go out of an orchard, or a yard they enter. So the Egyptians, by their magical arts, had (as it were) a spell there, a Baal-zephon, a god to stop people in that place where they would have them stopped. That is the meaning of this name of the idol Baal-zephon.