Works of Sibbes
by Richard Sibbes 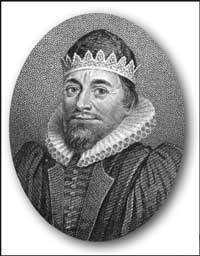 Richard Sibbes was born in 1577 at Tostock, Suffolk, in the Puritan county of old England. He was baptized in the parish church in Thurston, and went to school there. As a child, he loved books. His father, Paul Sibbes, a hardworking wheelwright and, according to Zachary Catlin, a contemporary biographer of Sibbes, was “a good, sound-hearted Christian,” but became irritated with his son’s interest in books. He tried to cure his son of book-buying by offering him wheelwright tools, but the boy was not dissuaded. With the support of others, Sibbes was admitted to St. John’s College in Cambridge at the age of eighteen. He received a Bachelor of Arts degree in 1599, a fellowship in 1601, and a Master of Arts degree in 1602. In 1603, he was converted under the preaching of Paul Baynes, whom Sibbes called his “father in the gospel.” Baynes, remembered most for his commentary on Ephesians, succeeded William Perkins at the Church of St. Andrews in Cambridge.

Sibbes was ordained to the ministry in the Church of England in Norwich in 1608. He was chosen as one of the college preachers in 1609 and earned a Bachelor of Divinity degree in 1610. From 1611 to 1616, he served as lecturer at Holy Trinity Church, Cambridge. His preaching awakened Cambridge from the spiritual indifference into which it had fallen after the death of Perkins. A gallery had to be built to accommodate visitors in the church. John Cotton and Hugh Peters were converted under Sibbes’s preaching. During his years at Holy Trinity, Sibbes helped turn Thomas Goodwin away from Arminianism and moved John Preston from “witty preaching” to plain, spiritual preaching. read more....