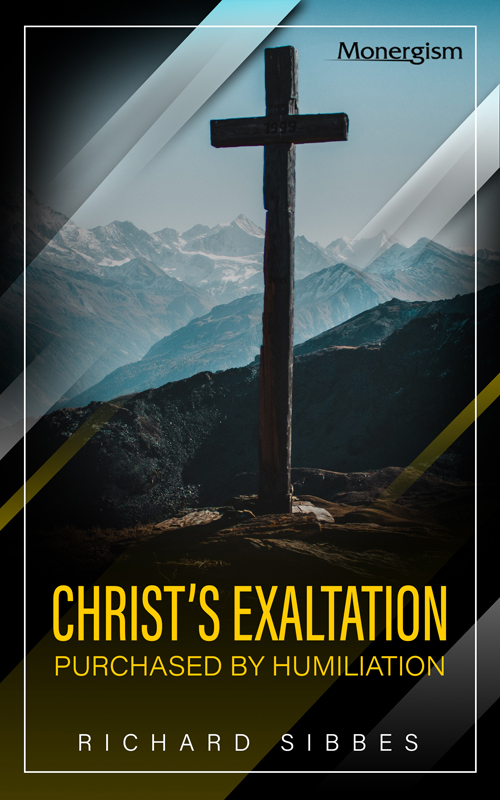 Of the inference we will speak afterwards, and shew how these grounds enforce that inference, that he should be 'Lord both of the dead and of the living.'

We must know, moreover, that he died as the great High Priest of the church, offering to God the Father a sacrifice that made him Lord over all, as we shall see after. He died as a priest, as indeed he that was foresignified by all the sacrifices and priests. He was both priest and sacrifice: Heb. 9:14, 'By the eternal Spirit, the Godhead, he offered himself to his Father.'

3. Again, He died a voluntary death, for else he had not died in obedience. His death was violent in regard of them that forced it, but it was voluntary in regard of them that he offered himself for, as a sweet sacrifice to his Father. That voluntariness made his death a sweet sacrifice; for whatsoever the Father did to him, he joined with the Father in it. The Father gave him; he gave himself. The Father appointed him to be so and so; and he joined with the Father in all things. 'No man takes away my life from me,' saith he himself, John 10:18. It was a voluntary death in regard of his freedom; nay, he thirsted after it, as you have it in the Gospel. He longed after it, upon high considerations, howsoever in a lower consideration, as it was a tormenting thing and a bitter cup, he had a desire that it might pass; but it was upon lower respects. Upon higher respects, the will of his Father and the salvation of mankind, he thirsted to drink of that cup.*

A man may will and nill the same thing upon presenting different objects and respects, and reasons. That which a man may decline, as we say, in this respect, looking to a particular end, that a man may desire, looking to a higher end; because man is framed so to yield to the stronger reason alway. Thereupon that is no objection, 'he seemed sometime a little unwilling.' It was looking upon something presented to him that made him in that respect unwilling; but looking upon other respects he gave himself willingly; the Father and he joined together.

4. Yet further, as he died voluntary, so he died as our surety. Therefore he died a 'cursed death' due to us. 'He was made a curse for us,' Gal. 3:13, that he might remove the curse from us. These and such like conclusions must be observed in this, that the apostle saith, 'To this end Christ died,' because we shall have use of them afterwards.

Here we might stay and admire,† that life should die! that glory should become shame for us! and that he that is the author of all blessing should become a curse! Indeed, it is a great mystery that Christ, being God, should stoop so low that he could join together the infinite majesty of God, and that low degree of abasement, that he might condescend unto. Domine quo descendis, &c.: Lord, how far goest thou? (a) He could not go lower and be God. God, to shew his love to us, shewed himself God in this, that he could be God and go so low as to die; and not only to die, but to die a shameful and cursed death for us. But I pass to the particulars.