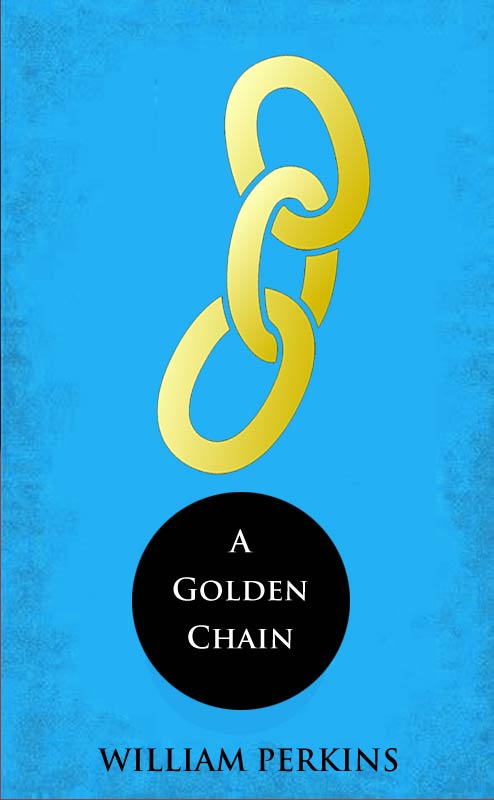 William Perkins’ “A Golden Chain” is a guide to Puritan theology - a superb rendering of Reformed doctrine as interpreted by the Puritans. His analysis of the doctrine of salvation is exemplary, especially in his application of the work of Christ to the elect. Perkins affirms that faith is the consequence of God’s effectual call rather than of sinful man’s “free will.”

"Contemporary scholars have called Perkins 'the principal architect of Elizabethan Puritanism,' 'the Puritan theologian of Tudor times,' 'the most important Puritan writer,' 'the prince of Puritan theologians,' 'the ideal Puritan clergyman of the quietist years,' 'the most famous of all Puritan divines,' and have classed him with Calvin and Beza as third in 'the trinity of the orthodox.' He was the first theologian to be more widely published in England than Calvin and the first English Protestant theologian to have a major impact in the British isles, on the continent, and in North America. Little wonder that Puritan scholars marvel that Perkins's rare works remain largely unavailable until now." - Dr. Joel Beeke

Christian Reader, there are at this day four separate opinions of the order of God’s Predestination. The first is of the old and new Pelagians, who place the cause of God’s Predestination in man. They hold that God ordained men either to life or death, as He foresaw that, by their natural Free-will, they would either reject or receive the grace He offered. The second, some of whom are termed Lutherans, teach that God — foreseeing how all mankind was imprisoned under unbelief, and would therefore reject grace offered — purposed to choose some to salvation out of his mercy, without any respect to their faith or good works, and to reject the rest. He was moved to do this because he eternally foresaw that they would reject His grace, offered to them in the gospel. The third, Semi-Pelagian Papists, ascribe God’s predestination partly to mercy, and partly to men’s foreseen preparations and meritorious works. The fourth, are those who teach that the cause of the execution of God’s predestination in those who are saved, is his mercy in Christ; and in those who perish, it is the fall and corruption of man — yet this is done in such a way that the decree and eternal counsel of God concerning them both, has no cause besides His will and pleasure.

Of these four opinions, I labor to impugn the three former ones as erroneous, and to maintain the last as being truth, which will bear weight in the balance of the Sanctuary.

Here I boldly offer for your godly consideration, a further discourse on this. In reading it, do not regard so much the thing itself, penned very slenderly, as my intent and affection. I desire, among the rest, to cast my mite into the treasury of the Church of England; and for lack of gold, pearl, and precious stone, to bring a Ram’s skin or two, and a little Goat’s hair, to the building of the Lord’s tabernacle (Exo 35:23).

The Father of our Lord Jesus Christ grant that, according to the riches of His glory, you may be strengthened by His Spirit in the inner man, that Christ may dwell in your heart by faith. This is to the end that, being rooted and grounded in love, you may be able to comprehend with all Saints, what is the breadth, and length, and height of it; and to know the love of Christ which surpasses knowledge, that you may be filled with all fullness of God. Amen.
Farewell, July 23, the year of the last patience of Saints, 1592.
Yours in Christ Jesus,
W. P.

Notes Regarding this version

The text is taken from the typeset version of this book, printed in English in 1600. What Perkins himself wrote had not yet been edited or translated. These are his own words as he recorded them, and as John Legate typeset them.

Perkins’ language is straightforward, and a delight to read. It contains a series of doctrinal statements, often without much explanation. He presents these truths, topically arranged, citing specific verses from which they were drawn. It reads like an annotated confession, or a systematic theology, but in a style that’s more accessible than Ames’ Marrow (1629), and published long before the Westminster Assembly (1643). Perkins allows the word of God to speak for itself, which is a welcome approach, and wonderful in its simplicity.

Because this book was written prior to the King James Version of 1611, his wording provides the biblical text of his day, generally from the Geneva Bible. That wording is retained in this edition, rather than substituting a modern translation for it. But, as with the rest of the text, it has been modernized for readability (thee, thou, -eth, -est, etc., have been replaced with modern terms, spelling, and syntax). Such changes have been kept to a minimum. What you’ll read are his words in a current voice. Book, chapter, and verse numbers have been matched to our modern scheme for easier reference. Many of the biblical references were either wrong, or misread by Legate — those have been corrected. Added references are superscripted, and supporting Scriptures that were not in the original text are footnoted. I confess that I’ve added commentary in some of the notes (these are marked WHG). They offer a further explanation for young believers.

Where the words were dated or unusual, either a substitution was made, its meaning footnoted, or a [bracket] with an alternate word has been included for clarity. To avoid ambiguity, some pronouns have been made explicit; other words are capitalized — for example, the Persons of the Godhead (He, Him, and Holy Ghost). Small caps, boldface, dashes, and other formatting was used to aid in organizing the topics. Verses, sub-headers, and key words were italicized in the original. Hopefully other formatting (indenting, paragraph numbering, etc.), will make the organization more apparent, even if it is inconsistent at times.

The source text (a scanned image of the original book) is available at the link provided at the top of this page. Page numbers are included intra-text in this modernized edition, to help you find the original wording, and for use in citations. The scanned book jumps from page 27 to page 34, with no loss of text between; apparently the pages were mis-numbered in the 1600 edition.

I’ve included a biographical sketch to allow the character of the man to inform his labors, and to explain his influence. He was only forty-four when he was called to eternity with Christ.
William H. Gross
March 2019

P.S. — There is a popular chart of Salvation and Damnation inspired by Perkins’ Golden Chain, but it’s not in this edition of the book. Nonetheless, Tim Challies’ website has such a useful chart here:

Perkins included a few “tables,” but they were smaller and simpler. They may be found in chapters 1, 33, 34, 37, 50, and 54. These are listed in the Table of Contents. They have graphics which will not display correctly in epub formats. Chapters 50 and 54 are the most challenging to read, because Perkins includes numerous objections and answers. That can be tedious (hence the tables), but it’s also helpful. 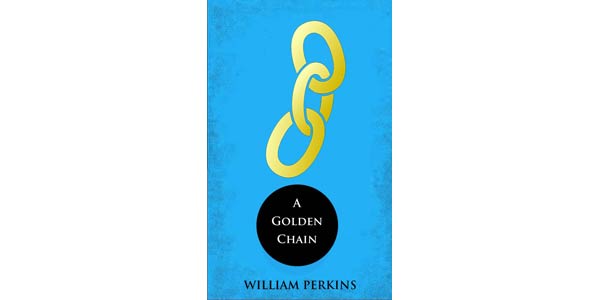