This is the God Whom we Adore! 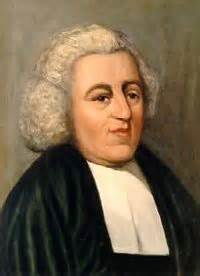 “I know that the Lord is great — that our Lord is greater than all gods. The Lord does whatever pleases Him — in the heavens and on the earth, in the seas and all their depths!” Psalm 135:5-6

God rules all! And though He is concealed by a veil of second causes from common eyes, so that they can perceive only the means, instruments, and contingencies by which He works, and therefore think He does nothing; yet, in reality, He does all according to His own counsel and pleasure, in the armies of heaven, and among the inhabitants of the earth.

Who can enumerate all the beings and events which are… incessantly before His eye, adjusted by His wisdom, dependent on His will, and regulated by His power!

If we consider the heavens, the work of His fingers, the moon and the stars which He has ordained; if we call in the assistance of astronomers to help us in forming a conception of the number, distances, magnitudes, and motions of the heavenly bodies — the more we search, the more we shall be confirmed that these are but a small portion of His ways! Without His continual energy upholding them — they would rush into confusion, or sink into nothing! They are all dependent upon His power, and obedient to His command.

To come nearer home, and to speak of what seems more suited to our scanty apprehensions — still we may be lost in wonder. With respect to mankind, He reigns with uncontrolled dominion over every kingdom, family and individual. Before this blessed and only Potentate, all the nations of the earth are but as the dust upon the balance, and the small drop of a bucket — and might be thought (if compared with the immensity of His works) scarcely worthy of His notice! Yet here He presides, pervades, provides, protects, and rules! All changes, successes, and disappointments — all that is memorable in the annals of history, all the risings and falls of empires, all the turns in human life — take place according to His sovereign plan!

In Him His creatures live, move, and have their being. From Him, is their food and preservation. The eyes of all are upon Him; what He gives, they gather — and can gather no more! And at His word they sink into the dust!

There is not… a worm which crawls upon the ground, or a flower which grows in the pathless wilderness, or a shell upon the sea-shore — but bears the impress of His wisdom, power, and goodness!

He preserves man and beast, sustains the young lion in the forest, feeds the birds of the air, which have neither storehouse or barn, and adorns the insects and the flowers of the field with a beauty and elegance beyond all that can be found in the courts of kings!

All things serve Him, and are in His hands — as clay in the hands of the potter. Great and marvelous are Your works, Lord God Almighty! Just and true are Your ways, O King of saints!

This is the God whom we adore! This is He who invites us to lean upon His almighty arm, and promises to guide us with His unerring eye!