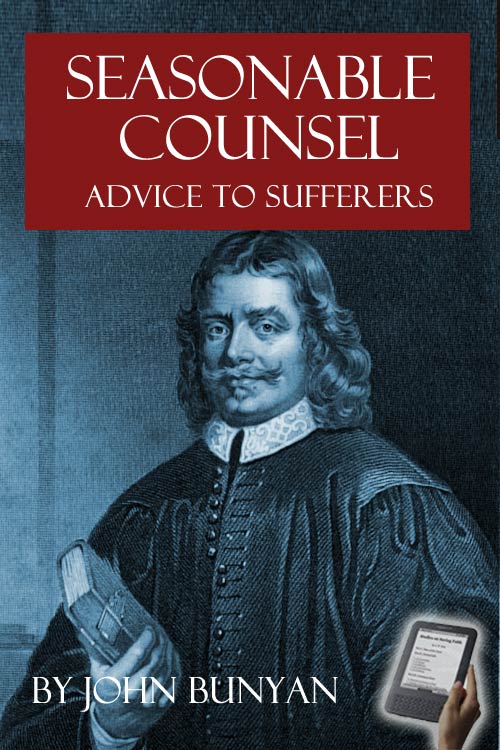 THIS valuable treatise was first published in a pocket volume in 1684, and has only been reprinted in Whitfield's edition of Bunyan's works, 2 vols. folio, 1767.

No man could have been better qualified to give advice to sufferers for righteousness' sake, than John Bunyan: and this work is exclusively devoted to that object. Shut up in a noisome jail, under the iron hand of persecution, for nearly thirteen years, in the constant fear of being hanged as a malefactor, for refusing conformity to the national liturgy, he well knew what sufferings were, and equally well did he know the sources of consolation. It was wisely ordered by Divine Providence, that before the king pardoned him, he had a legal return under the hand and seal of the sheriff of Bedfordshire, certifying the reasons of this frightful imprisonment. This is entered in the minutes of the Privy Council on the 8th and 15th of May, 1672; and it proves that he was thus cruelly punished for "being at conventicles for nonconformity" and for no other cause. In this "Advice" we find his opinion on the origin of persecution—the instruments—the motives—its cruelty—with cautions, counsels, and support to the persecuted. He considers persecution a strange anomaly,—"The reason is that Christianity is a harmless thing—that be it never so openly professed it hurts no man."

Simple-hearted, honest John, thou dreamest. What wouldest thou have thought of a system by which all would have been taught to tag their laces and mend their own pots and kettles? What would have become of thy trade as a brazier? Christianity teaches all mankind not to trust in those empirics who profess to cure souls for Peter's pence, tithes, mortuaries, and profits; but to go by themselves to the Great Physician, and he will pour in his wine and oil, his infallible remedies for a sin-sick soul, without money and without price. To Bunyan this was not only harmless to others, but the most boundless mercy that God could bestow upon man. What could be more destructive to the hierarchy of popes, cardinals, and papal nuncios of the Latin, with the patriarchs, archimandrites, and papas of the Greek churches? A system by which all their services are dispensed with, and priestly and prelatic pride is leveled with the dust. Can we wonder that those who preached the holy, humbling, self-denying doctrines of the cross, were persecuted to the death? Bunyan's opinion is, that Satan is the author of persecution, by which he intended to root out Christianity. The whirlwind and the tempest drives away those who are not rooted and grounded in the faith, some of whom may have stood like stately cedars until the trying time of trial came. But the humble Christian in such a season takes deeper root—a stronger grasp. Faith, his anchor, is sure and steadfast; it enters eternity and heaven, where Satan can find no entrance to disturb its hold. In persecution, men are but the devil's tools, and little think that they are doing his drudgery.

The man of God declares the truth in plain terms, "No one is a Christian except he is born of God by the anointing of the Holy One." Carnal men cannot endure this; and then "the game begins," how such troublesome fellows may be put out of the way, and their families be robbed of their possessions to enrich the persecutors. "The holy places, vestures, gestures—the shows and outward greatness of false religion, are in danger." Their sumptuous ceremonies, glorious ornaments, new- fashioned carriages,[1] "will fall before the simplicity and majesty of truth." The Christian falls out with sin at home, and then with sinful ceremonies in divine worship. With him all that is not prescribed in the word of God is forbidden. Sentiments like these are a blow at the root of superstition with all its fraudful emoluments. Hence the storms of persecution which fall on the faithful followers of Christ. Antichrist declares the excellency of human inventions to supply what he considers defects in God's system.

Such is the mad folly of the human heart! Dust and ashes find fault with a system which is the perfection of wisdom, mercy, and love. And such their infatuation, that "none must be suffered to live and breathe that refuseth conformity thereto." Mr. Bunyan's cautions and counsels are full of peace— "submission to the powers that be." Pray for the persecutor— return good for his evil. He is in the hand of God, who will soon level him with the dust, and call his soul to solemn judgment. Although the sufferer's cause is good, do not run yourself into trouble—Christ withdrew himself—Paul escaped by being lowered down the city wall in a basket. If they persecute you in one city, flee to another. "A minister can quickly pack up and carry his religion with him, and offer what he knows of his God to another people." God is the support of his persecuted ones. "His power in holding up some, his wrath in leaving of others; his making of shrubs to stand, and his suffering of cedars to fall; his infatuating of the counsels of men, and his making of the devil to outwit himself; his giving of his presence to his people, and his leaving of his foes in the dark; his discovering the uprightness of the hearts of his sanctified ones, and laying open the hypocrisy of others, is a working of spiritual wonders in the day of his wrath, and of the whirlwind and storm." "Alas! we have need of these bitter pills at which we so much winch and shuck.

The physician has us in hand. May God by these try and judge us as he judges his saints, that we may not be condemned with the world." Such were the feelings of John Bunyan after his long sufferings; they are the fruits of a sanctified mind. Reader, great are our mercies—the arm of the persecutor is paralysed by the extension of the knowledge of Christ. Still we have to pass through taunts and revilings, and sometimes the loss of goods; but we are saved from those awful trials through which our pilgrim forefathers passed. May our mercies be sanctified, and may grace be bestowed upon us in rich abundance, to enable us to pity and forgive those sects who, in a bye-gone age, were the tools of Satan, and whose habitations were full of cruelty.

TO THE CHRISTIAN READER

FIRST—THE DUTY TO WHICH SUFFERERS ARE DIRECTED

THE WILL OF GOD MEANS HIS LAW AND TESTAMENT

THE WILL OF GOD MEANS HIS ORDER AND DESIGNMENT

THIRD, THE GOOD EFFECT OF COMMITTING THE SOUL TO GOD'S KEEPING