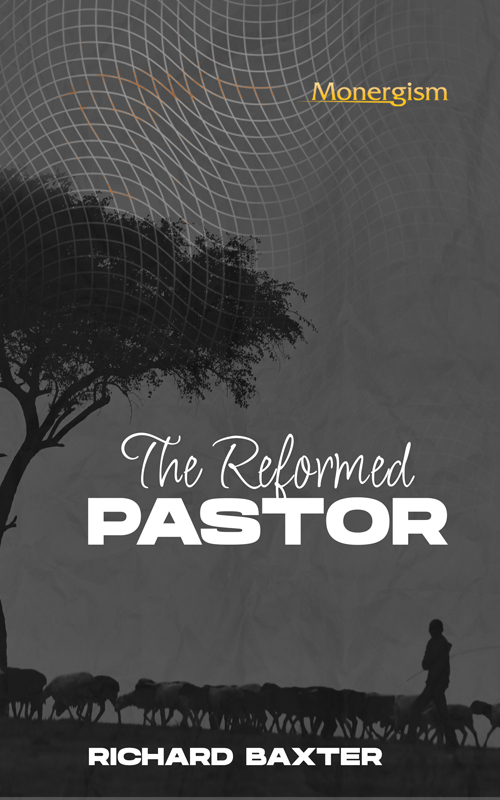 Read an in-depth overview of the book here by by Dr. C. Matthew McMahon

In the introduction of this book (not to be included in the online version), J. I. Packer shares his assessment of the man. “Baxter was a big man, big enough to have big faults and make big errors. A brilliant crossbencher widely learned with an astounding capacity for instant analysis, argument and appeal…. Yet he could not always use his great gifts in the best way. In theology, for instance, he devised a eclectic middle route between, Reformed, Arminian and Roman doctrines of grace; interpreting the kingdom of God in terms of contemporary political ideas, he explained Christ’s death as an act of universal redemption (penal and vicarious, but not substitutionary), in virtue of which God has made a new law offering pardon and amnesty to the penitant. Repentance and faith, being obedience to this law, are the believers personal saving righteousness. Baxter, a Puritan conservative, saw this quaint legalistic construction as focusing both the essential Puritan and New Testament gospel and also common ground about grace which the warring Trinitarian theologies of his day actually occupied. Others, however, saw that ‘Baxterianism’ (or ‘Neo-nomianism’, as it was called) because of the ‘new law’ idea at its heart) altered the content of the Puritan gospel, while its ‘political meathod’, if taken seriously, was objectionably rationalistic. Time proved them right; the fruits of the seeds which Baxter sowed neonomian Moderatism in Scotland and moralistic Unitarianism in England.” Packer asserts that Baxter’s theology violates the conventional creeds of Reformed theology and contends, “As a devotional writer, no praise of him can be too high; but as a theologian he was, though brilliant, something of a disaster.”

Our inclusion of this work does not mean we agree with all of his theology. Baxter held to a form of Amyraldism and neonomianism ... obviously two ideas we would sharply disagree with Baxter on. If you read with discernment I believe you can still benefit from this work however.

Of this work as published by the Author, the following was the title: ‘Gildas Salvianus: The Reformed Pastor, showing the nature of the Pastoral work; especially in Private Instruction and Catechizing; with an open CONFESSION of our too open SINS: Prepared for a Day of Humiliation kept at Worcester, December 4, 1655, by the Ministers of that County, who subscribed the Agreement for Catechizing and Personal Instruction at their entrance upon that work, By their unworthy fellow Servant, Richard Baxter, Teacher of the Church at Kederminster.’

CHAPTER 1 - THE OVERSIGHT OF OURSELVES

SECTION 1 – THE NATURE OF THIS OVERSIGHT

SECTION 2 THE MOTIVES TO THIS OVERSIGHT

CHAPTER 2 – THE OVERSIGHT OF THE FLOCK

SECTION 1 – THE NATURE OF THIS OVERSIGHT

SECTION 2 – THE MANNER OF THIS OVERSIGHT

SECTION 3 – MOTIVES TO THE

OVERSIGHT OF THE FLOCK

SECTION 1 – THE USE OF HUMILIATION

SECTION 2 – THE DUTY OF PERSONAL CATECHIZING

PART I - MOTIVES TO PERFORM THIS DUTY

ARTICLE I - MOTIVES FROM THE BENEFITS OF THE WORK

ARTICLE 2 - MOTIVES FROM THE DIFFICULTIES OF THE WORK

ARTICLE 3 - MOTIVES FROM THE NECESSITY OF THE WORK

ARTICLE 4 - APPLICATION OF THESE MOTIVES

PART II - OBJECTIONS TO THIS DUTY

PART III - DIRECTIONS FOR THIS DUTY