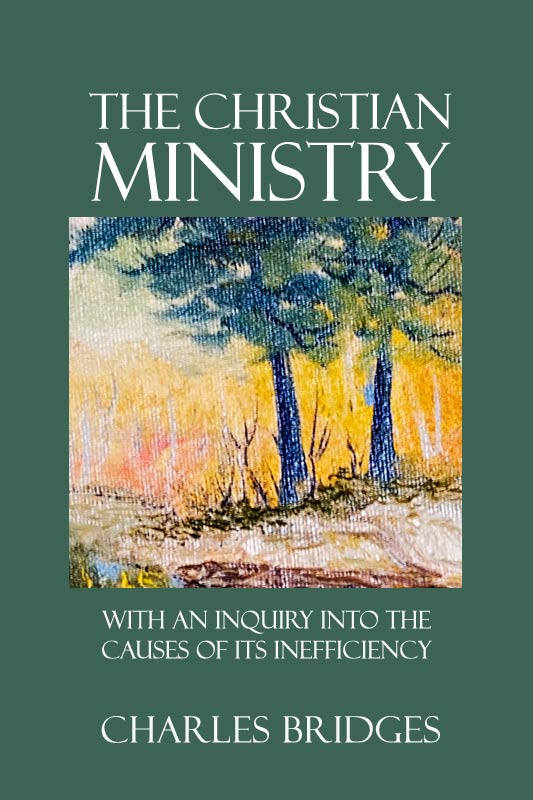 The revival of the church seems to be closely connected with the condition of its ministry. In this book Charles Bridges considers the general and personal causes of ministerial ineffectiveness, and goes on to examine preaching and pastoral work. Charles Bridges (1794-1869) was one of the leaders of the Evangelical party in the Church of England in the last century. He was vicar of Old Newton, Suffolk. As usual, Banner of Truth is faithful to the original in its rendering of this classic. 390 pages.

”To enlighten the mind and affect the heart are the two main ends of the Christian ministry. The first demands wisdom and plainness, the second fervency, as the spirit of scriptural preaching. This combination exhibits the minister as “a burning and a shining light” … imparting the spiritual light of divine truth, as well as the spiritual heat of divine fervour … Nothing, says Baxter, is more indecent than a dead preacher speaking to dead sinners the living truth of the living God.” – CHARLES BRIDGES

This book is another ladened with practical and important truth which every minister should cling to. Bridges will raise the level of the pastorate in the eyes of all those who claim the banner of Christian ministry in this regard. He will also show what the pastorate is and what the pastorate is not. He will dispel the fallacies and engage the Pastor in his work, rebuke him, exhort him, and aid him in becoming a better and more reliable witness for the truth of Christ. (Matthew McMahon)

Charles Bridges (1794-1869) was one of the leaders of the Evangelical party in the Church of England in the nineteenth century. He was the vicar of Old Newton, Suffolk, from 1823 to 1849, and later of Weymouth and Hinton Martell in Dorset. Although The Christian Ministry is Bridges’ best-known literary work, his expositions, which include Ecclesiastes, Psalm 119, and Proverbs, are highly valued.