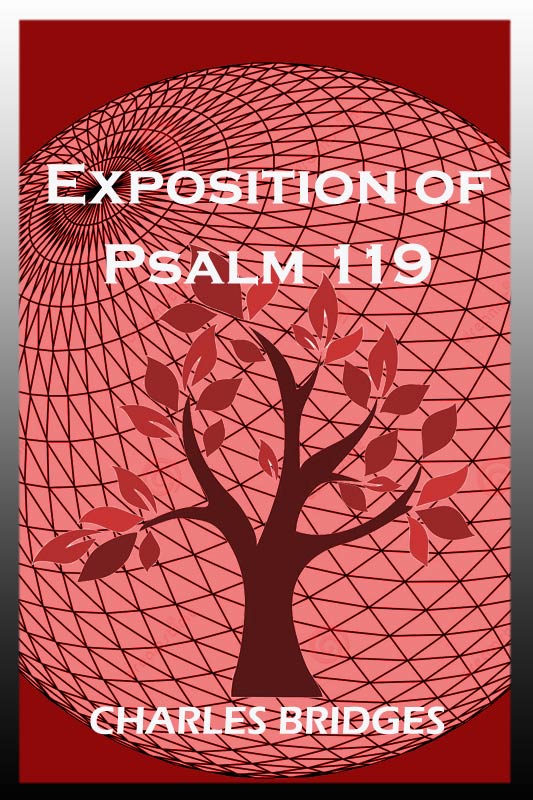 A considerable portion of the Sacred Volume (as the Book of Psalms and Canticles in the Old Testament, and a large part of the several Epistles in the New Testament) is occupied with the interesting subject of Christian Experience; and exhibits its character, under different dispensations of religion, and diversified with an endless variety of circumstances, as ever essentially the same. As the same features of countenance and elevation of stature have always marked the human species in the midst of the creation of God; so an identity of feature and "measure of the stature of the fullness of Christ" has, in all ages, and under every shade of outward difference, distinguished the family of God, "as the people that should dwell alone, and should not be reckoned among the nations." This indeed was to have been expected.

Human nature has undergone no change since the fall. In its unrenewed state it is still captivated in the same chains of sin; and, when renewed, it is under the influence of the same Spirit of grace. "That which is born of the flesh is flesh; and that which is born of the Spirit is spirit." The modern believer, therefore, when employed in tracing the records of Patriarchal or Mosaic experience, will mark in the infirmities of the ancient people of God a picture of his own heart, "answering, as in water face answers to face;" and in comparing their gracious exercises with his own, he will be ready to acknowledge—"All these works that one and the selfsame Spirit, dividing to every man severally as He will."

In this view, it is the object of this work to exhibit an Old Testament believer in a New Testament garb, as one "walking in the same spirit, and in the same steps" with ourselves; and, in bringing his features of character to the Evangelical standard, it is presumed, that the correspondence will be found to be complete. "Faith which works by love"—the fundamental distinction of the Gospel—pervades the whole man; with at least an implied reference to the One way of access to God (verses 41, 88, 132, 135), and a distinct regard alike to the promises (verses 25, 32, 49, 74, 169, 170), and to the precepts (verses 66, 166), of Divine revelation. Nor are the workings of this principle delineated with less accuracy. In all the variety of Christian feelings and holy conduct, we observe its operations leading the soul into communion with God, and molding every part into a progressive conformity to His image.

When we view the "man after God's own heart," taking God for his portion, associating with His people, and feeding upon His word; when we mark his zeal for his Master's glory; his devotedness and self-denial in his Master's work; when we see him ever ready to confess His name, to bear His reproach, and caring only to answer it by a more steady adherence to His service — do we not in those lineaments of character, recognize the picture of one, who in after times could turn to the churches of Christ, and say — "therefore, I beseech you, be followers of me?"

Or can we recollect the Psalmist's insight into the extent and spirituality of the law of God, and his continual conflict with indwelling sin, awakening in him the spirit of wrestling prayer, and confidence in the God of his salvation; and not be again forcibly reminded of him, who has left upon record the corresponding history of his own experience — "I was alive without the law once; but when the commandment came, sin revived, and I died. We know that the law is spiritual; but I am carnal, sold under sin. O wretched man that I am! who shall deliver me from the body of this death? I thank God, through Jesus Christ our Lord!"

In short, let his instancy in prayer and praise be remembered; his determined and persevering cultivation of heart-religion and practical holiness, his hungering and thirsting after righteousness; his jealous fear and watchful tenderness against sin, and regard for the honor of his God; his yearning compassion over his fellow-sinners; his spiritual taste; his accurate discernment; the "simplicity" of his dependence, and the "godly sincerity" of his obedience; his peace of mind and stability of profession; his sanctified improvement of the cross; his victory over the world; his acknowledgment of the Lord's mercy; his trials of faith and patience; his heavenly liberty in the ways of God; his habitual living in his presence, and under the quickening—restraining—directing, and supporting influence of His word—let these holy exercises be considered, either separately, or as forming one admirable concentration of Christian excellence; and what do we desire more to complete the portrait of a finished servant of God upon the Divine model? Is not this a visible demonstration of the power of the word, "perfecting the man of God, and furnishing him thoroughly unto all good works?"

Having explained the Evangelical character of this Psalm, we may notice its peculiar adaptation to Christian experience. It may be considered as the journal of one, who was deeply taught in the things of God, long practiced in the life and walk of faith. It contains the anatomy of experimental religion, the interior lineaments of the family of God. It is given for the use of believers in all ages, as an excellent touchstone of vital godliness, a touchstone which appears especially needful in this day of profession; not as warranting our confidence in the Savior, or as constituting in any measure our ground of acceptance with God: but as exciting us to "give diligence to make our calling and election sure," and quicken our sluggish steps in the path of self-denying obedience. The Writer is free to confess, that his main design in the study of this Psalm was to furnish a correct standard of Evangelical sincerity for the habitual scrutiny of his own heart; and if in the course of this Exposition, any suggestion should be thrown out, to call the attention of his fellow-Christians to this most important, but, alas! too much neglected duty, he will have reason to "rejoice in the day of Christ, that he has not run in vain, neither labored in vain."

Never let it be supposed, that a diligent, prayerful, probing examination of the "chambers of imagery," "genders to bondage." Invariably will it be found to establish the enjoyment of Scriptural assurance. "Hereby we know that we are of the truth, and shall assure our hearts before him." As therefore the preceptive part of the Gospel thus becomes our guide in the happy path of filial obedience, our beloved rule of duty, and the standard of our daily progress; we shall learn in the use of it to depend more entirely upon the Savior, fresh energy will be thrown into our prayers; and the promises of pardon and grace will be doubly precious to our souls.

These views of the Divine life cannot be found unfriendly to the best happiness of mankind. The Psalm opens with a most inviting picture of blessedness, and describes throughout the feelings of one, encompassed indeed with trials superadded to the common lot of men, but yet evidently in possession of a satisfying portion — of a "joy, with which a stranger does not intermedle." Of those, therefore, who would affix the stigma of melancholy to evangelical religion, we are constrained to remark, that they "understand neither what they say, nor whereof they affirm." The children of Edom have never tasted the "clusters of Canaan," and cannot therefore form any just estimate of that goodly land. Those who have spied the land bring a good report of it, and tell—"Surely it flows with milk and honey, and this is the fruit of it." "The work of righteousness is peace; and the effect of righteousness, quietness and assurance forever."

The structure of this Psalm is peculiar. It is divided into twenty-two parts, according to the number of the letters of the Hebrew Alphabet; each part, and its several verses, beginning with the corresponding letter of the Alphabet. The whole Psalm is in the form of an ejaculatory address, with the exception of the first three verses, which may almost be considered as a preface to the whole, and one other verse in the course of it, where the man of God rebukes the ungodly from his presence, as if intruding into his "hiding-place," and interrupting his communion with God. It is not always easy to trace the connection between the several verses; at least not beyond the several divisions of the Psalm. Probably nothing more was intended, than the record of the exercises of his own heart at different periods, and under different circumstances. If, however, they are not links on the same chain, in continuous and unbroken dependence; they may at least be considered as pearls upon one string, of equal, though independent, value.

The prominent characteristic of the Psalm is a love for the word of God, which is brought before us under no less than ten different names, referring to some latent and distinguishing properties of the Divine word, whose manifold excellencies and perfections are thus illustrated with much elegant variety of diction. In many instances, however the several terms appear to have been varied, to adapt themselves to the metre; while, perhaps, at other times they may be promiscuously used for the whole revelation of God, that the view of its inexhaustible fullness might thus conciliate a more attentive regard to its authority; and might add fresh strength to the obligation to read, believe, love, and live in it.

If the Writer may be permitted to suggest the method, in which this Exposition may be best studied to advantage, he would beg to refer to the advice of the excellent Philip Henry to his children—that they should 'take a verse of Psalm 119 every morning to meditate upon, and so go over the Psalm twice in a year:' and 'that'—said he—'will bring you to be in love with all the rest of the Scripture.' The Writer does not presume to suppose, that this superficial sketch will supply food for meditation year after year. Yet he ventures to hope that it may have its use, in directing the attention from time to time to a most precious portion of Holy Writ; which however unfruitful it may have proved to the undiscerning mind, will be found by the serious and intelligent reader to be "profitable for doctrine, for reproof, for correction, for instruction in righteousness."

The composition of this work has been diversified with as much variety as the nature of the subject would allow. The descriptive character of the book will be found to be interspersed with matter of discussion, personal address, hints for self-inquiry, and occasional supplication, with the earnest endeavor to cast the mind into that meditative, self-scrutinizing, devotional frame, in which the new creature is strengthened, and increases, and goes on to perfection. Such, however, as the work is, the Writer would commend it to the gracious consideration of the great Head of the Church; imploring pardon for what in it may be his own, and a blessing on what may be traced to a purer source: and in giving both the pardon and the blessing, may His holy name be abundantly glorified!