Vessels Prepared for Destruction
Jesus Christ Fount of Every Blessing
Bible Logic Fallacies of Synergists
Apologetics for Hipsters & Other Secularists
The Plan of God
A Summary of Henry Scougal's 'The Life of God in the Soul of Man'
Test Your View of the Cross
This is the God Whom we Adore!
Directions for Profitable Scripture Reading
Heaven Taken by Storm (eBook)

Mercy for the Willfully Blind 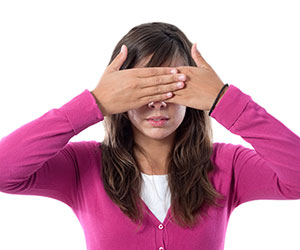 Unbeknownst to many modern Christians, this was a foundational principle in the Reformation. With this same idea in mind, Luther in his "Bondage of the Will" said,

"I frankly confess that, for myself, even if it could be, I should not want "free-will" to be given me, nor anything to be left in my own hands to enable me to endeavour after salvation; not merely because in face of so many dangers, and adversities and assaults of devils, I could not stand my ground ; but because even were there no dangers. I should still be forced to labour with no guarantee of success.¦ But now that God has taken my salvation out of the control of my own will, and put it under the control of His, and promised to save me, not according to my working or running, but according to His own grace and mercy, I have the comfortable certainty that He is faithful and will not lie to me, and that He is also great and powerful, so that no devils or opposition can break Him or pluck me from Him. Furthermore, I have the comfortable certainty that I please God, not by reason of the merit of my works, but by reason of His merciful favour promised to me; so that, if I work too little, or badly, He does not impute it to me, but with fatherly compassion pardons me and makes me better. This is the glorying of all the saints in their God." - Martin Luther, The Bondage of the Will (Grand Rapids: Revell, 1957), 313-314.

After the fall of Adam all men are willfully blind and captive to sin, so left to themselves, no one willingly heeds the call to faith and repentance in Jesus Christ (Deut 29:4, Rom 3:11-20; John 3:19). But God is not content to leave everyone to their self-will, so in mercy, He saves a people for Himself out of the mass of ill-deserving sinners by giving them a new heart (Deut 30:6; Ezek 36:26; John 6:63) that they might come to faith in Christ and be saved. (also read Ephesians 1:3-5, John 6:63, 65, 37, Roman 9). The others he leaves to their own choice. So men either get justice or mercy in this world, but no one gets injustice.

So again, who will deliver us?  It is God and God alone who in His infinite mercy in Christ redeems us. He does it all (1 Cor 1:30-31, John 6:63). He is the only Savior, alone sufficient in our salvation. We supply nothing but the sin to be saved from.  Even more critical than justification by faith alone, is salvation BY GRACE alone ... a complete distrust of all human works and dependence on the grace of Christ alone.. Free-will cannot and will not lift a finger towards its own salvation. Supernatural intervention is needed. That is why, when Peter confesses Jesus to be the Christ, Jesus declares “Blessed are you, Simon Bar-Jonah! For flesh and blood has not revealed this to you, but my Father who is in heaven." (Matt 16:17)

Lord rescue me from myself.

Quote:
"Men are indeed to be taught that the favour of God is offered, without exception, to all who ask it; but since those only begin to ask whom heaven by grace inspires, even this minute portion of praise must not be withheld from him. It is the privilege of the elect to be regenerated by the Spirit of God, and then placed under his guidance and government." - John Calvin, Institutes II.III

A Timely Reminder: James 2:24 Does Not Teach Justification Before God By Works
R Scott Clark
Are the Five Solas Still Important for the Church Today?
Gabe Fluhrer
The Lonely Crowd: Churches Dying Due to Friendlessness
Curated Resources
Deliverance: From the Temporal World to the Eternal Kingdom
Dr. John MacArthur
On Epic Stands, Great Men, and the Church Catholic
Michael Haykin
The Infinite Comforts of Union with Christ
Jacob Tanner
Charnock and the Knowledge of God
Jacob Tanner
Pastors, You Don’t Have to Be an Expert on Everything
Michael J Kruger
Were the Gospel Writers' Memories Accurate?
Bill Mounce
Shall We Cancel the Theologians?
Carl Trueman
A Kernel Of Wheat In The Ground
Randy Alcorn
The Gospel for Bruised Reeds
Daniel M Doriani
Indwelling Sin: Is There Hope?
Daniel B. Miller
Cases of Conscience (eBook)
Samuel Pike
Who's Afraid of Social justice?
Brian Dijkema
What's Wrong of Worldview?
Brad Littlejohn
The Sanctity of Truth
John Murray
How Parents Make Their Children Religious (or Not)
Gene Veith
Jesus Christ -- The Israel of God
Kim Riddlebarger
Marks of Manhood
Nicholas T Batzig
Ten Words for a Broken Society (#9: No False Witness)
Bruce Ashford
Have We Misunderstood the Parable of the Good Samaritan?
Chris Gordon
The Art of Dying Well
John Stonestreet, Glenn S. Sunshine
Did Jesus die for the sins of every person or only for the elect?
R C Sproul, Stephen J Nichols
Job and the Deadly Spiritual Equation
Pierce Hibbs
Such Were Some of You - 1 Corinthians 6:9-11
Dr. John MacArthur
Abraham Was Not Moses
R Scott Clark
Why are People Uncomfortable with the Doctrine of Election?
Josh Buice
How to Spot Character in Your Next Pastor
Curated Resources
The “Social Trinity” vs. Nicene Christianity
Gene Veith
Engaging With 1689
R Scott Clark
Gender Questions Should Send Us to Scripture
Thomas Schreine
What Was the Downgrade Controversy Actually All About?
Curated Resources
The Importance of Gathering for Worship
Jon Payne
How to Read Genesis Theologically
Craig Carter
God’s Two Kingdoms
Scott Aniol
The Problem of Moral Evil: Calvinism vs. Molinism
Robin Schumacher
The Phinehas Option: A Pastoral call to Vigilance against Sexual Immorality
Joshua Jenkins
The Bible and Witchcraft
Bill Muehlenberg
The Sorry State of Evangelical Rhetoric
Stephen Wolfe
Preparing Our Children for Babylon
Ligonier Ministries
Who in the world am I preaching to?
Andrew Roycroft
“A Hedging and Fencing”: How Charles Spurgeon Promoted Meaningful Membership
Geoff Chang
Shall We Know One Another
J C Ryle
A Discourse of Christ our Passover (eBook)
Stephen Charnock
15 Quotes from Thomas Watson on Repentance
Thomas Watson
What Happens to Your Soul When You Die?
Kim Riddlebarger
Ligonier 2021 Detroit Conference: Blessed in Christ
W Robert Godfrey, Stephen J Nichols, Burk Parsons, Michael Reeves, Derek Thomas
Who Is the Suffering Servant in Isaiah 53?
Curated Resources
A Written Presentation of the Gospel of Jesus Christ
Dale Partridge