A Description of Antinomianism 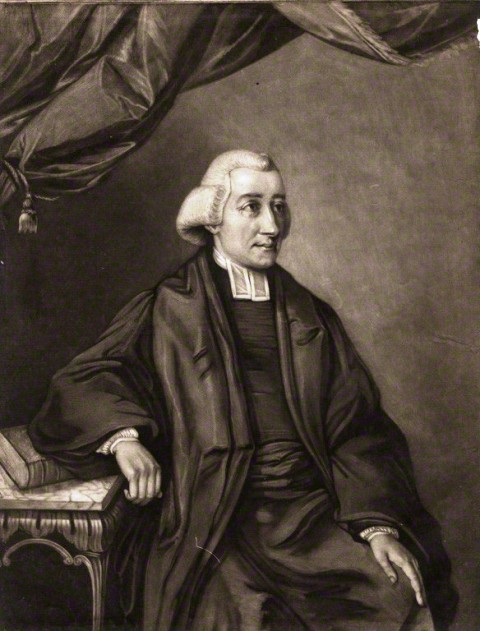 Strictly speaking, an Antinomian is one, who is "an enemy to the revealed law of God," which is two-fold; moral and ceremonial. Our obligation to observe the ceremonial law was superseded by the incarnation, sufferings, and death of Christ. The Sun of righteousness himself being risen, the ritual stars, which pre-typified his approach, were, thrown into shades never to appear again, except descriptively and historically in the records of the Old Testament. Hence it was prophesied concerning Christ, that he should "cause the sacrifice and the oblation to cease," Da 9:27. And St. Paul declares, that "the hand-writing of the Levitical ordinances is blotted out," Col 2:14. yea, that it is "abolished, 2Co 3:13 and disannulled, because of the weakness and [anwfelov] uselessness thereof," Heb 7:18. Even while the Jewish dispensation obtained, the ceremonial law was always intrinsically weak, as not being able (nor indeed was it ever designed) to make the comers thereunto perfect, or to be a real expiation of sin, Heb 10:1-4. All its value and virtue consisted in its prefiguring the person by whom, and shadowing forth the way, in which sin is expiated, and sinners saved. Thus these emblematic services were at best weak, though extremely significant in their import, and for the time being enjoined by the authority of God. But ever since the Messiah's actual sacrifice of himself, they are likewise become useless, in point of practical observance. The end of their institution is completely answered, and we are become dead to the Aaronic law in particular by the body of Christ, Ro 7:4. The question, therefore, now depending, has no kind of reference to the ceremonial appointments under the old administration, since it is universally agreed that a man may assert the total disuse of these, and yet be no Antinomian, according to the proper sense of that term.

Men are or are not, to be styled Antinomians, with relation to the moral law: consequently the general definition given above may be reduced to a yet narrower compass; and the term Antinomian will be found strictly to import, one who is an enemy to the moral law of God, revealed in the holy scriptures; and this Antinomianism, or enmity to the moral law, may be distinguished into speculative and practical.

1. Speculative Antinomianism is predicable of any man, and of every man, whose scheme of religious principles is such, as either directly, or by unavoidable consequence, tends to set aside the necessity of personal and social morality.

2. Practical Antinomianism is the habitual, allowed, and persevering violation of those precepts, which God hath prescribed for the adjustment of our outward conduct; whether those rules regard our demeanour toward him, toward our neighbour, or toward ourselves. Let a person's ideas be ever so orthodox, yet, if his life be immoral, he is, to all intents and purposes, a practical Antinomian, and unless the effectual grace of the holy Spirit intervene, to retrieve him from the dominion of his sins, he must after death be one of those, to whom Christ will say, "Depart from me; I never knew you, ye workers of iniquity."

It evidently appears, from this plain state of the case, that no true believer can possibly be an Antinomian. - He cannot be speculatively such, for "he delights in the law of God after the inner man." Ro 7:22. and holds with St. Paul, that he 1Co 9:21. is not without law to God, but actually ennomov, with the dominion, and subject to the preceptive authority of the moral law unto Christ; from principles of faith and love, and from a desire to glorify God and benefit his neighbour. - Much less can the true believer be a practical Antinomian. What we love we follow: "trahit sua quemque voluptas." He that loves the law of God, will aim at conformity to that law; for "how shall we, who are dead to sin, live any longer therein?" Ro 6:2. yet it does not follow from this text, that God's converted people are sinners. They are, indeed, said to be dead to sin. But there is a total death, and a partial death. We experience the latter from the first moment of our regeneration. We shall not experience the former till mortality is swallowed up of life. "The spirits of just men are not made perfect in holiness till they ascend from the body to join the innumerable company of angels" that surround the throne, Heb 12.

We shall now set down some of the reasons why no true believer can be a practical Antinomian, which are, first, one who truly believes, must antecedently to that faith have been spiritually "born of God;" and he that is born of God will do the works of God. "They that are after the flesh," who are in a state of nature and unregeneracy, do mind and follow "the things of the flesh;" but "they that are after the Spirit," who have been renewed by his effectual influence, cannot fail to mind and follow "the things of the Spirit," Ro 8. 5. Where the Holy Ghost dwells, his gracious fruits will infallibly and necessarily appear; and the fruit of the Spirit, the practical effect of his saving operation on the heart, is manifested in and by "all goodness and righteousness, and truth," Eph 5:9. The regenerate elect are the peculiar workmanship of God, "created anew in Christ Jesus unto good works, which God hath foreordained that they should walk in, Eph 2:10. As, therefore, God's foreordination cannot be rendered void, and as the new-creating agency of his Spirit, by which faith is wrought, cannot but lead to holiness of life, it follows, that no true believer can be a practical Antinomian.

Secondly, One who truly believes, must have been convinced of sin: he has so far tasted of the evil and bitterness of iniquity, as to know and feel that sanctification constitutes the intrinsic dignity, and conduces to the supreme felicity of man; consequently, was it only from a principle of self-interest (to go no higher), he cannot but breathe the Psalmist's prayer, " Make me to go in the path of thy commandments, for therein is my desire," Ps 119. And the leading desire of the heart will ever, under such circumstances, influence the conduct of the life.

Thirdly, A true believer has “the love of God shed abroad in his heart," Ro 8. which more forcibly than even the considerations of dignity and happiness, effectually, but sweetly constrains him to perform the good which his heavenly Father enjoins, and to shun the evil which his heavenly Father forbids. Hence by the apostle "love unfeigned" is connected with "pureness, long-suffering," and "the armour of righteousness on the right hand and on the left," 2Co 6:6-7. In like manner, faith is expressly declared to "work by love," Ga 5:6, not by servile dread, but by filial affection. As faith is the seed from whence evangelical morality springs, so love to God is the genial beam that awakens the powers of faith, calls them forth into act, and adorns the conversation with the leaves and flowers and fruits of pure and undefined religion. It is the work not of fear, but of faith; it is the labour not of legality, but of love, which indicate our "election of God," 1Th 1:3-4. Forgive the repetition; for it is a repetition of the apostle's own; it is "the work and labour of love," which God will "not forget," Heb 6:10. If he did, he would be unrighteous, i. e. unjust to his own solemn, but absolutely gratuitous promise, whereby real grace, meliorating the heart and shining in the life, stands indissolubly, yet most freely connected with the never-ending happiness of heaven.

It is evident from the above remarks, deduced from clear and express testimonies of inspiration, that love to God (which can only result from a sense of his prior love to us, 1Jo 3:1; 4:10,19) is the operative, producing principle of acceptable obedience. It is also the producing principle of acceptable sufferings for his sake. "God hath not given us the spirit of fear, but of power and of love, and of a sound mind;" on which remark the apostle rests the following exhortation: "be not thou therefore ashamed of the testimony of our Lord, but be partaker of the afflictions of the gospel, according to the power of God," 2Ti 1:7-8. Now, the graces of faith and love being inseparable, it follows, that every true believer is also a lover of Christ. Where this love exists, it is crowned and evidenced by the assemblage both of active and of passive virtues.

Even Dr. Young could sing,

and an infinitely superior authority has expressly decided, that "love to God and man, is the fulfilling of the law, Ro 13:10. i. e. love, when real, will put us on the vigorous and persevering discharge of every moral duty; consequently, as before, no true believer can be a practical Antinomian.

A multitude of additional arguments might be alleged to the same effect, but I shall at present confine myself to the following, viz. That a true believer cannot be a practical Antinomian, because he prizes and wishes to cultivate communion with God, as the sublimest privilege and enjoyment which it is possible to inherit below. But all wilful and allowed deviations from virtue have an innate tendency to interrupt that enjoyment, and to intercept the light of God's countenance; nay, to spread a screen of separation between us and our views of Christ, to darken our evidences, to deaden our joys, and to render the soul a counterpart to Ezekiel's roll, which "was written within and without, with lamentation, and mourning, and woe."

Finally, That person must know little indeed of experimental religion, who can suppose that any pleasures or profits of sin, or all of them together, can compensate for one moment's loss of intercourse with God, as reconciled to us in his dear Son.