Can a Professing Christian Who Has Turned Away from Christ Be Saved? 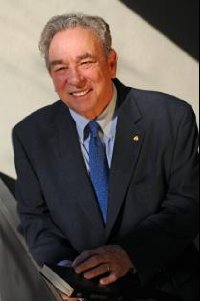 I believe that once a person is authentically redeemed, is truly in Christ, that person will never be lost to Christ. That person has what we call eternal security—not because of the person’s innate ability to persevere, but I believe that God promises to preserve His own and that we have the benefit of our Great High Priest who intercedes for us every day. Now, at the same time, Christians are capable of gross and heinous sin. They’re capable of very serious falls away from Christ. They’re capable of the worst kind of denial and betrayal of our Lord.

Consider, for example, Exhibit A—the apostle Peter, who denied Jesus with cursing. He was so emphatic that he uttered profanities to underscore the fact that he never knew Jesus. If you talk about somebody who didn’t seem to want to repent and who had turned away from Jesus, Saint Peter is your classic example. Yet his fellow disciple Judas also betrayed Jesus and turned away from Him, and of course, both of the betrayals were predicted by Jesus at the Last Supper. When Jesus spoke of Judas, He said, “What you have to do, do quickly. Go.” And He dismissed him to his treachery. He mentioned in the Scripture that Judas was a son of perdition from the beginning. I think it’s clear in Jesus’ High Priestly prayer that He understood Judas was never a Christian. So Judas’s betrayal was not the case of a Christian turning on Christ.

When He announced to Peter that Peter would also betray Him, He said to him, “Simon, Simon, Satan has asked for you. He would have you and sift you like wheat, but I have prayed for you so that your faith should not fail; and when you turn, strengthen the brethren.” And then Peter says, “Oh no, Lord, not me. I’ll never betray you.” Then, of course, he did. But notice that when Jesus predicted it, He said, “When you turn”—not, “If you turn” but “When you turn, strengthen the brethren.” Because Jesus had prayed as He did in His High Priestly prayer, no one would be able to snatch His people out of His hand.

The New Testament promises that He who has begun a good work in you will perfect it to the end (Phil. 1:6). I know there are many Christians who believe that a true Christian can lose his or her salvation. I don’t. I’d say with the apostle John, “Those who went out from us were never really with us.” I think a Christian can have a gross and serious fall but not a full and final fall—that he or she will be restored even as David realized his sin, as the Prodigal Son came to himself, as Peter ultimately repented.

Losing Salvation or Never Saved? by J. C. Ryle
Is It Possible for Redeemed People to Lose Their Salvation? by John Macarthur
Can a Christian Lose His or Her Salvation? by Greg Johnson
Can a Regenerate Christian Fall Away from the Faith?: Biblical Reflections on Hebrews 6  by John Hendryx

The Difference Between Legal & Gospel Mortification
The Lord our Righteousness
J C Ryle
Entering a Teen's Pop Culture World is Never Wasted Time
Ted Turnau
5 Lessons From Revelation We Need to Hear and Heed Today
Scotty Smith
Reformation Women: Anna Adlischweiler
Rebecca VanDoodewaard
The Dead-end of Research Justice
Denny Burk
Since Jesus Took Our Punishment, Why Didn’t He Need to Go to Hell Forever?
R C Sproul
The Blessing of "No Men"
Kyle Borg
The Promise of Holiness
Jared Olivetti
Responding to William Lane Craig’s Critique On The Eternal Generation Of The Son
Ben Franks
4 Qualities of God-Honoring Work
Kent Hughes
The Immutability of God
Stéphane Simonnin
Privilege, Oppression, Intersectionality and the Church
Andrew Wilson
The Throne of Grace (eBook)
John Bunyan
The Tyranny of Progress
Trevin Wax
Pastor, Why Aren’t You Preaching About What’s Happening?, Part 1
Benjamin Vrbicek
Pastor, Why Aren’t You Preaching About What’s Happening?, Part 1
Benjamin Vrbicek
Even Atheists Have Faith
Keith Mathison
Theological Primer: Religion
Kevin DeYoung
The Books That Shape Us
Curated Resources
Suicide of the Liberals
Curated Resources
Cancelling the Weapons of "Cancel Culture"
Nicholas T Batzig
Justification: The Reformed Protestant View
Amy Mantravadi
A Brief Theology of Human Origins
Dr William VanDoodewaard
Progressive Christianity: Another Gospel
Alisa Childers
The Divine Authority of Scripture
Louis Berkhof
The Marriage Feast
William Bates
How to Bear Afflictions
William Bates
Exegesis without Embarrassment
Robert Rothwell
The Time to Come
William Boekestein
The Chief Sinners Objects of the Choicest Mercy (eBook)
Stephen Charnock
On the Inquiry—Whether or no we truly Love God
John Howe
Discipleship Together
Warren Peel
The Living Temple (eBook)
John Howe
A Discourse on the Sins of the Regenerate
Stephen Charnock
The Cross, Suffering and Assurance: Fundamental Insights from the Reformation
Carl Trueman
Abiding in Christ
Stan Gale
Images of the Invisible God
David Mathis
Augustine and the Pelagian Controversy
Gerald Bray
A Discourse on Christ our Passover
Stephen Charnock
The Worth of Wisdom, and the Fear of the Lord
William Arnot
On Godly Fear
Thomas Reade
The Secret of the Lord is with Those who Fear Him
J C Philpot
The Fear of God
Dr J Ligon Duncan III
The Fear of God and a Sense of Sin
Joel R Beeke
A Discourse on Conviction of Sin
Stephen Charnock
Sixteen Summary Propositions on the Trinity
John Howe
Survey Reveals Many Evangelicals Hold Unbiblical Beliefs
Joe Carter
Unstoppable Pilgrims
Jacob Bluebaugh
5 Myths about Biblical Theology
Drew Hunter