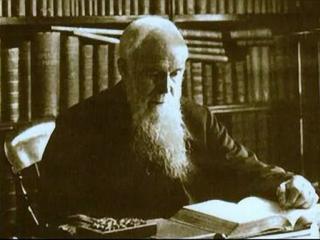 A common reason why many do not hold perseverance is an incorrect view of the nature of SAVING FAITH. They regard faith as nothing better than a feeling or impression. As soon as they see a man somewhat impressed with the preaching of the Gospel and manifesting some pleasure in hearing about Christ—they set him down at once as a believer! By and by the man’s impressions wear away, and his interest about Christ and salvation ceases altogether. Where is the faith he seemed to have? It is gone. How can his friends, who have pronounced him a believer, account for it? They can only account for it by saying, that “a man may fall away from faith,” and that “there is no such thing as perseverance.” And in short, this becomes an established principle in their religion.

Now this is a mischievous error, and I am afraid sadly common in many quarters. It manifestly may be traced to ignorance of the true nature of religious affections. People forget that there may be many religious emotions in the human mind—with which saving grace has nothing to do. The stony ground hearers received the word with joy—but had no root in them. The history of all revivals proves that there may often be a great quantity of seemingly religious impression, without any true work of the Spirit. Saving faith is something far deeper and mightier than a little sudden feeling. It is an act not of the feelings only—but of the whole conscience, will, understanding, and inward man. It is the result of clear knowledge. It springs from a conscience not grazed merely—but thoroughly stirred. It shows itself in a deliberate, willing, humble dependence on Christ. Such faith is the gift of God—and is never overthrown! Make faith a mere matter of feeling—and it is of course impossible to maintain perseverance for such a one. . .

Not a few are ready to pronounce any change for the better in a man’s character, to be a conversion. They forget that there may be many blossoms on a tree in spring, and yet no fruit in autumn; and that a new coat of paint does not make an old door new. Some, if they see anyone weeping under the influence of a sermon, will set it down at once as a case of conversion. Others, if a neighbor suddenly gives up drinking or swearing, and become a great professor—at once rush to the conclusion that he is converted.

The natural consequence in numerous instances is disappointment. Their supposed case of conversion often turns out nothing more than a case of outward reform, in which the heart was never changed. Their converted neighbor sometimes returns to old habits—as the pig that was washed, to her wallowing in the mire. But then unhappily the pride of the natural heart, which never likes to allow itself mistaken, induces people to form a wrong conclusion about the case. Instead of telling us that the man never was converted at all, they say that “he was converted—but afterwards lost his grace and fell away.”

The true remedy for this is a right understanding of conversion. It is no such cheap and easy and common thing as many seem to fancy. It is a mighty work on the heart, which none but He who made the world can effect, and a work which will abide and stand the fire. But once take a low and superficial view of conversion, and you will find it impossible to maintain final perseverance.

I entreat you to observe how important it is for Christians to be sound in the faith, and to be armed with clear Scriptural knowledge of the whole system of the Gospel. I fear the increasing tendency to regard all doctrinal questions as matters of opinion; and to look on all earnest-minded men as right, whatever doctrines they maintain. I warn you that the sure result of giving way to this tendency will be a vague, low, misty theology—a theology containing no positive hope, no positive motive, and no positive consolation—a theology which will fail most, just when it is most needed—in the day of affliction, the hour of sickness, and on the bed of death.

I know well that it is a thankless office to offer such warnings as these. I know well that those who give them must expect to be called bigoted, narrow-minded, and exclusive. But I cannot review the many errors which prevail on the subject of perseverance, without seeing more than ever, the immense need there is for urging on all to be careful about doctrine. Oh, learn to know what you mean when you talk of believing the doctrines of Christianity! Be able to give a reason of your hope. Be able to say what you think is true, and what you think false in religion. And never, never forget that the only foundation of soundness in the faith, is a thorough textual knowledge of the Bible.