The Works of Thomas Brooks (eBook) 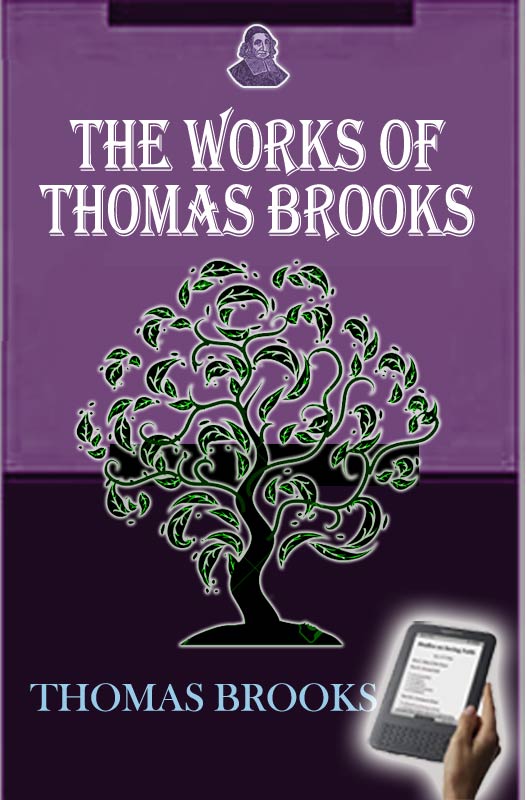 The Works of Thomas Brooks is an extremely important addition to your library because it discusses many topics that are relevant to the daily life of a Christian, such as gaining assurance, salvation and the faith, repentance and obedience that accompanies it; counteracting Satan’s attacks and that God is enough to supply all our needs. Also covered is the importance of prayer, the power it can have in our lives; the riches Christ has to bestow on us; the necessity, excellency, rarity, beauty and the glory of holiness & dealing with suffering.

Little is known about Thomas Brooks as a man, other than can be ascertained from his many writings. Born, probably of well-to-do parents, in 1608, Brooks entered Emmanuel College, Cambridge, in 1625. He was licensed as a preacher of the gospel by 1640 at the latest. Before that date he seems to have spent a number of years at sea, probably as a chaplain with the fleet. After the Civil War, Brooks became minister at Thomas Apostle’s, London, and was sufficiently renowned to be chosen as preacher before the House of Commons on 26 December, 1648. Three or four years later he moved to St Margaret’s, Fish-street Hill, London, but encountered considerable opposition as he refused baptism and the Lord’s Supper to those clearly ‘unworthy’ of such privileges. The following years were filled with written as well as spoken ministry. In 1662 he fell victim to the notorious Act of Uniformity, but he appears to have remained in his parish and to have preached the Word as opportunity offered. Treatises continued to flow from his agile pen. In 1677 or 1678 he married for the second time, ‘she spring-young, he winter-old’. Two years later he went home to his Lord.

Mute Christian Under the Smarting Rod

A Word in Season to Suffering Saints

A Cabinet of Choice Jewels

The Best Wine Reserved Until Last

The Privy Key of Heaven

The Unsearchable Riches of Christ