A Word in Season to Suffering Saints (eBook) 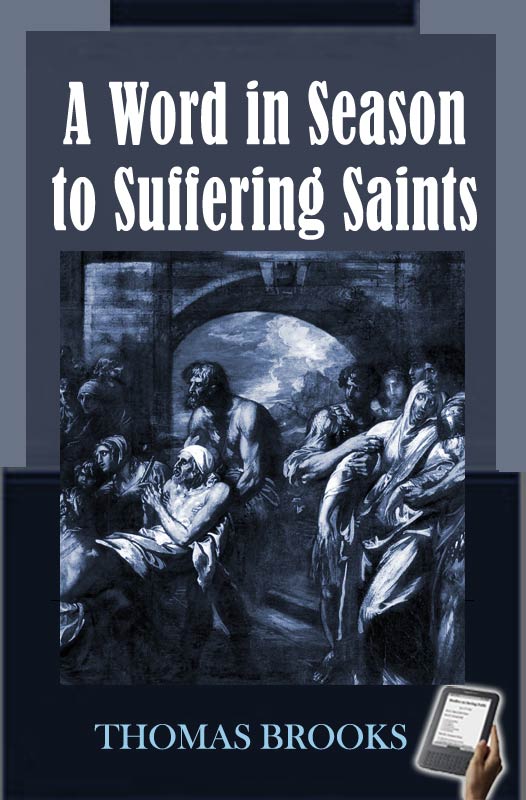 The special presence of God with His people, in their greatest troubles, deepest distresses,and most deadly dangers.

"God never has, nor never will, fail those who place their confidence upon him in their greatest dangers."

"There are many titles of honor among men; but this, above all, is the truly honorable title--that we have God so near unto us."

"The special presence of God with his people is a most sovereign antidote against all the curses and cursings of cursed men, and therefore whatever you part with--be sure that you don't part with your God; let him be but in the midst of you, and then no curses shall be prevalent against you."

"At my first defense, no one came to my support, but everyone deserted me. May it not be held against them. But the Lord stood at my side and gave me strength, so that through me the message might be fully proclaimed and all the Gentiles might hear it. And I was delivered from the lion's mouth." 2 Timothy 4:16-17

In my text you have three things which are most remarkable—

First, You have Paul's commemoration of that singular experience that he had of the favorable presence of Christ with him, and of his strengthening of him, "But the Lord stood at my side and gave me strength." Acts 23:11; though I was deserted by men—yet I was aided and assisted by Christ, 2 Tim. 4:16; though all men left me to shift for myself—yet the Lord stood by me, and strengthened me with wisdom, prudence, courage, and constancy, in the lack of all outward encouragements, and in the face of all outward discouragements, 2 Tim. 1:15.

Secondly, Here is the end for which the Lord stood by him, assisted, strengthened, and delivered him, namely—that he might preach the gospel to the nations, Romans 11:13; Phil. 4:22, that he might have more time, and further opportunity, to spread abroad the everlasting gospel among the Gentiles. Rome, at this time, was the queen of the world, and in its most flourishing condition; people from all parts of the world flocked to Rome. Now when they would hear and see Paul's prudence, courage, constancy, and boldness, in professing of Christ, and in preaching and professing the gospel—before that grand tyrant, that monster of mankind, Nero—they could not but be wrought upon, and the fame of the glorious gospel could not but by this means be spread all the world over.

Thirdly, Here is the greatness of the danger from which he was delivered, namely, "I was delivered from the lion's mouth." Some authors conceive these words to be a proverbial speech, noting some eminent, present, devouring danger; "I was delivered from the extreme hazard of death," even as a man rescued out of a lion's mouth, and pulled from between his teeth. Others more genuinely and properly, by "the lion's mouth," do understand Nero's rage and cruelty, who, for his potency in preying on the flock of Christ, is here fitly compared to a lion, which devoured and destroyed the flock of Christ. This cruel lion Nero, put a multitude of Christians to death, and made a bloody decree, that whoever confessed himself a Christian, he would, without any deliberation, be put to death as a convicted enemy of mankind. This bloody monster, Nero, raised the first bloody persecution. To pick a quarrel with the Christians he set the city of Rome on fire, and then charged it upon the Christians, under which pretense he exposed them to the fury of the people, who cruelly tormented them as if they had been common burners and destroyers of cities, and the deadly enemies of mankind! Yes, Nero himself caused them to be apprehended and clad in wild beasts' skins and torn in pieces with dogs; others were crucified; some he made bonfires of to light his night-sports. To be short, such horrid cruelty he used towards them as caused many of their enemies to pity them. But God found out this bloody persecutor at last, for being adjudged by the senate an enemy to mankind, he was condemned to be whipped to death, for the prevention whereof he cut his own throat. 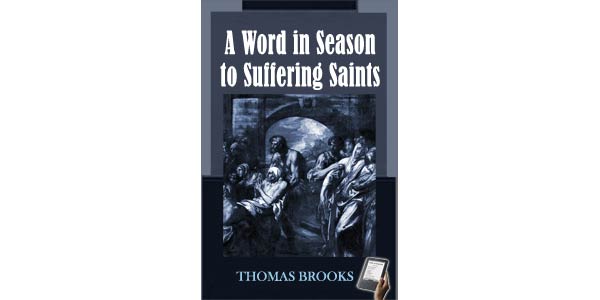