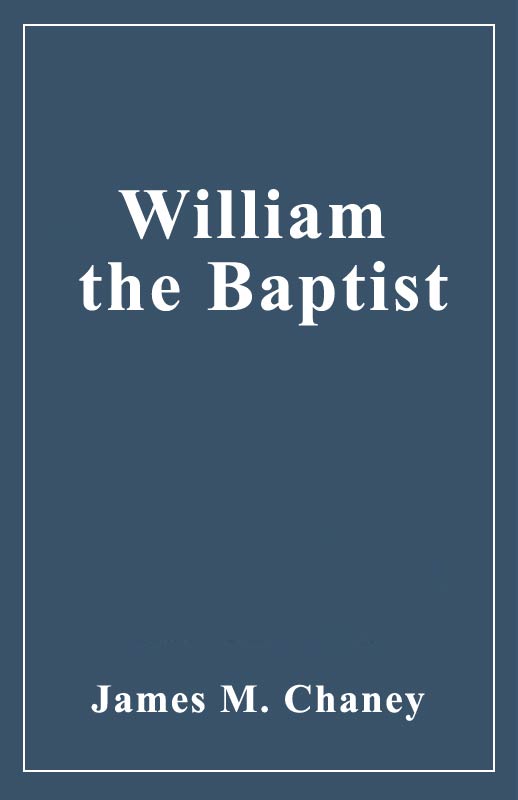 Through a series of conversations with a wise, older pastor, William strips away his preconceptions about baptism and returns to the plain, clear truth that the Bible teaches.

James Chaney first used this unique format of personal dialogue to explore baptism and its modes in this timeless book, and his observations are just as powerful and needed today. He sheds light on a controversial topic by confining his argument to the Word of God alone, first examining the meaning of baptism through its uses in Scripture, then exploring the significance of the ceremony, and finally examining the evidence of cases of baptism in the New Testament.

The Bible is the best work on the subject of baptism. In the early part of my ministry, when the Presbytery was in session at the church of which I had just taken charge, a colporteur in attendance introduced me to a gentleman who, as he thought, ought to unite with the church. After a short conversation with him, I agreed with the colporteur, and remarked that the Session would meet in a few minutes, and suggested that he should present himself for admission into the church. After a moment's pause, he said he was "laboring under a difficulty that rendered such a step impracticable."

Upon inquiry I found that he believed that immersion is the proper mode of baptism. I told him that was no difficulty; in D--- was a Baptist church, where he would be welcomed.

"But," said he, "I prefer the Presbyterian Church."

The colporteur proposed to sell him some books on the subject of baptism. My reply was, "Mr. E., let his books alone. If you have immersion in your head, my first advice to you is, go and unite with the Baptist Church . If you are not satisfied, take your Bible alone, and examine the subject in the light of God's Word, praying for the guidance of the Spirit; after such examination, act according to the conclusion reached."

About four months after this conversation, he presented himself to the Session of our church for admission. I asked him if he was satisfied on the question of baptism. His answer was, "Thoroughly."

He proved to be one of the most intelligent Bible Christians I ever knew, and remarkable for the conscientious discharge of duty. As I subsequently learned, every influence had been exerted on him to convince him that immersion is baptism.

What the people want is, not a learned dissertation on the classic meaning of words in a language of which they know nothing, but a simple exposition of passages in the Bible with which they are familiar.

In the following treatise I have confined myself to the Word of God alone, examining the subject in what I conceive to be an exhaustive method, to wit:

1. To ascertain the meaning of the word used to designate the rite; to do this by examining those passages where the word occurs, and, from the context and attending circumstances, to ascertain in what sense the word is used by the sacred writers.

2. To inquire what is the significance of the rite, and see what light this throws on the question of mode.

3. To examine the cases of its administration found recorded in the New Testament; to examine these in the light of circumstantial evidence.

These methods are independent of each other; and if they unite in bringing us to the same conclusion, we may be assured that we have the truth.

I have chosen the conversational method of discussion, because it serves better than any other to bring to the attention of the reader the particular point to be impressed on the mind. The only objection to such a method is that it offers temptations to caricature the views we would assail. I have endeavored carefully to avoid such a weakness.

It was not my purpose to introduce anything of the romantic; but this seemed the only practicable method of introducing the discussion, and bringing out certain points regarded of great importance: from the place assigned it by Jesus, as a symbol of the Spirit's work, down to the useless purpose of symbolizing, in a very awkward manner, an event that had nothing to do with man's redemption.

The evil of such perversion is aggravated when we remember it necessitates the denial, on the part of immersionists, that we form any part of the church of God .

If we are in error, let us acknowledge it, and have our practice correspond with the truth. If our practice is in accordance with the command of the Savior, let us not hesitate to affirm that immersion is not a scriptural mode of baptism.

Some will object to such a view as extreme, and think it as objectionable as the claims of immersionists on the question of mode. The view of some is that one mode is as good as another, and that it is a question not worthy of discussion. But such must remember what is involved in this statement. It implies that the significance of the rite is of no importance, because the whole difference centers here. Transubstantiation is no greater perversion of the Lord's supper than is the burial theory a perversion of baptism. When immersionists abandon this theory, they will not be slow in conforming their mode to the simplicity of the gospel.

If any apology is needed for presenting this discussion to the public, I am happy to be able to lay a share of the responsibility on many friends who read the manuscript and urged its publication, and especially among these, the Rev. Drs. J. L. Yantis, John Montgomery, and N. L. Rice, who, having carefully read the manuscript, encouraged me to hope that its publication might be attended with profit to the church of God. With the prayer that God will bless it in checking, in some measure, the gross perversion of a sacred rite, I bid it go wherever readers may be found. 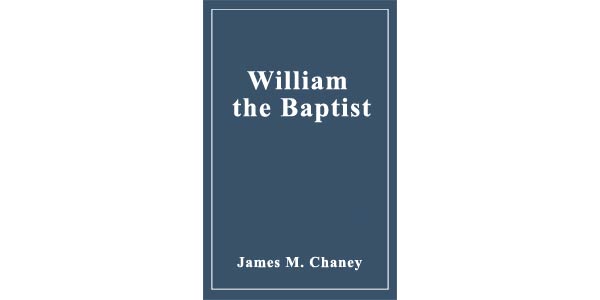