Salvation is not Just Forensic
Opposing False Doctrine
The Emotional Life of Our Lord (eBook)
What is Deconstruction?
Does Not God Have the Right to Do Whatever He Likes With His Own?
10 reasons to slow down and listen in evangelism
Our True Identity is Not Found in Our Sin
OT Eternal Moral Law
Two Hesitations About TULIP.
What is Implied When the Godly Pray: “Lead Us Not into Temptation”

The Will of God 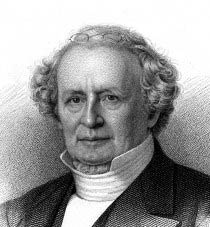 A. The Meaning of the Term.

If God is a spirit He must possess all the essential attributes of a spirit. Those attributes, according to the classification adopted by the older philosophers and theologians, fall under the heads of intelligence and will. To the former, are referred knowledge and wisdom; to the latter, the power of self-determination, efficiency (in the case of God, omnipotence), and all moral attributes. In this wide sense of the word, the will of God includes: (1.) The will in the narrow sense of the word. (2.) His power. (3.) His love and all his moral perfections. In our day, generally but not always, the word "will" is limited to the faculty of self-determination. And even the older theologians in treating of the will of God treat only of his decrees or purposes. In their definitions, however, they take the word in its wide sense. Thus Calovius56 says, "Voluntas Dei est, qua Deus tendit in bonum ab intellectu cognitum." And Quenstedt defines it as "ipsa Dei essentia cum, connotatione inclinationis ad bonum concepta."57 Turrettin says, the object of the intellect is the true; the object of the will, the good. Hence it is said, that God wills Himself necessarily, and all things out of Himself freely. Although the word seems to be taken in different senses in the same sentence, God's willing Himself means that He takes complacency in his own infinite excellence: his willing things out of Himself, means his purpose that they should exist. Although the theologians start with the wide definition of the word, yet in the prosecution of the subject they regard the will as simply the faculty of self-determination, and the determinations themselves. That is, the power to will, and volitions or purposes. It is altogether better to confine the word to this its proper meaning, and not make it include all the forms of feeling involving approbation or delight.

God then as a spirit is a voluntary agent. We are authorized to ascribe to Him the power of self-determination. This the Bible everywhere does. From the beginning to the end, it speaks of the will of God, of his decrees, purposes, counsels, and commands. The will is not only an essential attribute of our spiritual being, but it is the necessary condition of our personality. Without the power of rational self-determination we should be as much a mere force as electricity, or magnetism, or the principle of vegetable life. It is, therefore, to degrade God below the sphere of being which we ourselves occupy, as rational creatures, to deny to Him the power of self-determination; of acting or not acting, according to his own good pleasure.

B. The Freedom of the Divine Will.

The will of God is free in the highest sense of the word. An agent is said to be free, (1.) When he is at liberty to act or not to act, according to his good pleasure. This is liberty in acting. (2.) He is free as to his volitions, when they are determined by his own sense of what is wise, right, or desirable.

Freedom is more than spontaneity. The affections are spontaneous, but are not free. Loving and hating, delighting in and abhorring, do not depend upon the will.

God is free in acting, as in creating and preserving, because these acts do not arise from the necessity of his nature. He was free to create or not create; to continue the universe in existence or to cause it to cease to be. He is free also in keeping his promises, because his purpose so to do is determined by his own infinite goodness. It is indeed inconceivable that God should violate his word. But this only proves that moral certainty may be as inexorable as necessity.

C. The Decretive and Preceptive Will of God.

The decretive will of God concerns his purposes, and relates to the futurition of events. The preceptive will relates to the rule of duty for his rational creatures. He decrees whatever he purposes to effect or to permit. He prescribes, according to his own will, what his creatures should do, or abstain from doing. The decretive and preceptive will of God can never be in conflict. God never decrees to do, or to cause others to do, what He forbids. He may, as we see He does, decree to permit what He forbids. He permits men to sin, although sin is forbidden. This is more scholastically expressed by the theologians by saying, A positive decretive will cannot consist with a negative preceptive will; i. e., God cannot decree to make men sin. But a negative decretive will may consist with an affirmative preceptive will; e. g., God may command men to repent and believe, and yet, for wise reasons, abstain from giving them repentance.

The distinction between voluntas beneplaciti et signi, as those terms are commonly used, is the same as that between the deeretive and preceptive will of God. The one referring to his decrees, founded on his good pleasure; the other to his commands, founded on what He approves or disapproves.

D. Antecedent and Consequent Will.

These terms, as used by Augustinians, have reference to the relation of the decrees to each other. In the order of nature the end precedes the means, and the purpose of the former is antecedent to the purpose of the latter. Thus it is said, that God by an antecedent will, determined on the manifestation of his glory; and by a consequent will, determined on the creation of the world as a means to that end.

By Lutherans and Remonstrants these terms are used in a very different sense. According to their views, God by an antecedent will determined to save all men; but, foreseeing that all would not repent and believe, by a subsequent will He determined to save those who he foresaw would believe. That is, He first purposed one thing and then another.

E. Absolute and Conditional Will.

In this place it is sufficient to remark, that the Greek word qe,lw, and the corresponding English verb, to will, sometimes express feeling, and sometimes a purpose. Thus in Matt. xxvii. 48, the words eiv qe,lei auvto,nare correctly rendered, "if he delight in him." Comp. Ps. xxii. 8. It is in this sense the word is used, when it is said that God wills all men to be saved. He cannot be said to purpose or determine upon any event which is not to come to pass. A judge may will the happiness of a man whom he sentences to death. He may will him not to suffer when he wills him to suffer. The infelicity in such forms of expression is that the word "will" is used in different senses. In one part of the sentence it means desire, and in the other purpose. It is perfectly consistent, therefore, that God, as a benevolent Being, should desire the happiness of all men, while he purposes to save only his own people.

F. The Will of God as the Ground of Moral Obligation.

The question on this subject is, Whether things are right or wrong, simply because God commands or forbids them? Or, does He command or forbid them, because they are right or wrong for some other reason than his will? According to some, the only reason that a thing is right, and therefore obligatory, is, that it tends to promote the greatest happiness, or the greatest good of the universe. According to others, a thing is right which tends to promote our own happiness; and for that reason, and for that reason alone, it is obligatory. If vice would make us happier than virtue, we should be bound to be vicious. It is a more decorous mode of expressing substantially the same theory, to say that the ground of moral obligation is a regard to the dignity of our own nature. It makes little difference whether it be our own dignity of our own happiness, which we are bound to regard. It is self, in either case, to whom our whole allegiance is due. Others, again, place the ground of moral obligation in the fitness of things, which they exalt above God. There is, they affirm, an eternal and necessary difference between right and wrong, to which God, it is said, is as much bound to be conformed as are his rational creatures.

Letters to the Seven Churches: To the Church in Ephesus (Revelation 2:1-7)
Kim Riddlebarger
Romans 8: Mortifying Sin
Stephen Unthank
Romans 8: Christ is Our Life
Stephen Unthank
Don’t Sacrifice Your Children
Paul Liberati
How Ordinary Worship Is both Reverent and Relevant
Curated Resources
Samuel Miller on the “Sanctified Judgment” of the Enlarged, Elevated, and Strengthened Mind: Piety, Learning, and the Right Kind of Bias
Paul Kjoss Helseth
5 New Stats You Should Know About Teens and Social Media
Chris Martin
Truths We Must Defend: Lessons from China
Luke Wesley
A Token of the Righteous Judgment of God (eBook)
Thomas Manton
The Seven Deadly Sins And the Seven Cardinal Virtues (eBook)
James Stalker
Gender Dysphoria and the Body-Soul Relationship
Edmund Fong
Rejecting Syncretism: Paul and the Python
Curated Resources
Romans 8: Emancipated!
Stephen Unthank
God is a se
Stephen Unthank
No Civilization Without Restraint: Wise Words From 1939
John Stonestreet
Christ’s Crucifixion Isn’t Child Sacrifice
Alan Shlemon
What Is Fornication?
Aaron L. Garriott
Kinsman Redeemer
Quentin B. Falkena
Mutilating Our Bodies
Bethel McGrew
Complementarianism, the Regulative principle Holding for all of Life & How We Undermine our own Principle
Stephen Kneale
Not Now: The Surprising Joy of Waiting on the Lord
Lee Hutchings
“Luxury Beliefs”
John Stonestreet
Getting to the End: Finding Faith in the Eternal Promises of God
Benjamin Glaser
How Should Pastors Answer the Question, Is Christianity Good?
Dane C Ortlund
How to Forgive
John Beeson
Vocation and the Christian
Gene Veith
The Importance of a Plurality of Elders
Michael Brown
Breaking Our Addiction to Gossip
John Sartelle
Salt
Rhett Dodson
Eagles’ Wings
Aaron Messner
Sheol
Bryan D Estelle Ph.D
Zion
Matthew Patton
Lord of Hosts
William Boekestein
High Places
Andrew Compton
Hyssop
Michael Barrett
The Doctrine of Justification by Faith
Dr. Martyn Lloyd-Jones
The Authority of Scripture
R C Sproul
How Do We Know What We Know?
R C Sproul
I will tell you plainly about the Father - John 16:25-33
J C Ryle
Bible Verses Have Consequences
George Gillespie
The Lord is My Salvation
Alistair Begg
What Is the Gospel?
Alistair Begg
What Is Unconditional Election?
Nicholas T Batzig
Scotland’s Forgotten Reformation (4-Part Video Series)
Curated Resources
Recovering the Reformed Confession on Resistance
Gregory Baus
Tips for Extemporaneous Preaching from J.W. Alexander
Curated Resources
Jesus Came to Save the World
Curated Resources
You are Welcome to Have Your Faith - As Long as You Don't Believe it.
Bill Muehlenberg
On Legalism and Licence
Bill Muehlenberg
On Statism, Censorship and Free Speech
Bill Muehlenberg