What is Faith? (eBook) 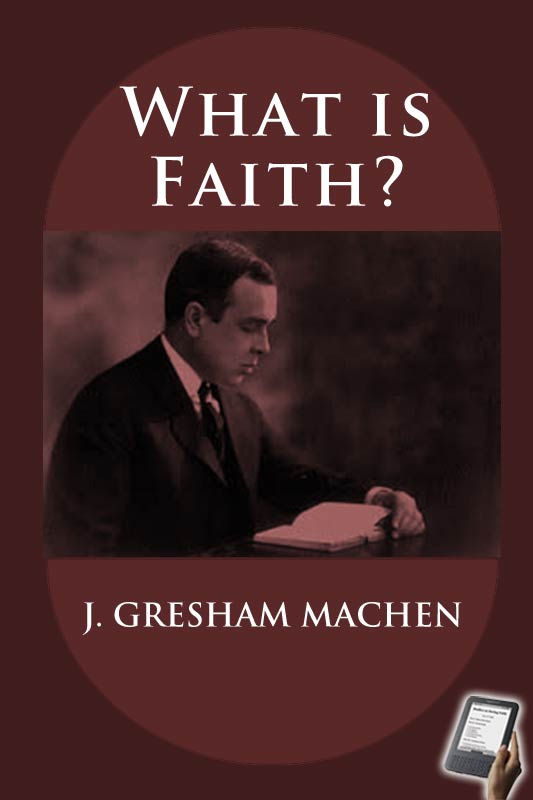 The preacher says: "Believe on the Lord Jesus Christ, and thou shall be saved." But how can a man possibly act on that suggestion, unless he knows what it is to believe. It was at that point that the "doctrinal" preaching of a former generation was far more practical than the "practical" preaching of the present day. I shall never forget the pastor of the church in which I grew up. He was a good preacher in many ways, but his most marked characteristic was the plainness and definiteness with which he told the people what a man should do to be saved. The preachers of the present time allude to the importance of becoming a Christian, but they seldom seem to make the matter the subject of express exposition; they leave the people with a vague impression to the effect that being a Christian is a good thing, but this impression is difficult to translate into action because definite directions are absent. These preachers speak about faith, but they do not tell what faith is.

It is to help in some small way to supply this lack that the present little book has been written. If the way of salvation is faith, it does seem to be highly important to tell people who want to be saved just what faith means. If a preacher cannot do that, he can hardly be a true evangelist.

How, then, shall we obtain the answer to our question; how shall we discover what faith is? At first sight it might seem to be a purely philosophical or perhaps psychological question; there is faith other than faith in Jesus Christ; and such faith no doubt is to be included with Christian faith in the same general category. It looks, therefore, as though I were engaging upon a psychological discussion, and as though I ought to be thoroughly familiar with the epistemological and psychological questions that are involved.

Undoubtedly such a treatment of the subject would be highly useful and instructive; but unfortunately I am not competent to undertake it. I propose therefore a somewhat different method of approach. How would it be if we should study the subject of faith, not so much by generalizations from various instances of faith in human life (though such generalizations will not be altogether absent), but rather by a consideration of faith as it appears in its highest and plainest manifestation? Such concentration upon a classic example is often the best possible way, or at any rate one very fruitful way, in which a subject can be treated.

But the classic example of faith is to be found in the faith that is enjoined in the New Testament. I think that there will be widespread agreement with that assertion among students of psychology whether Christian or not; the insistence upon faith is characteristic of New Testament Christianity; there is some justification, surely, for the way in which Paul speaks of the pre-Christian period as the time "before faith came." No doubt that assertion is intended by the Apostle as relative merely; he himself insists that faith had a place in the old dispensation; but such anticipations were swallowed up, by the coming of Christ, in a glorious fulfilment. At any rate, the Bible as a whole, taking prophecy and fulfilment together, is the supreme textbook on the subject of faith. The study of that textbook may lead to as clear an understanding of our subject as could be attained by any more general investigation; we can learn what faith is best of all by studying it in its highest manifestation. We shall ask, then, in the following chapters what the Bible, and in particular the New Testament, tells us about faith.

V. Faith and the Gospel 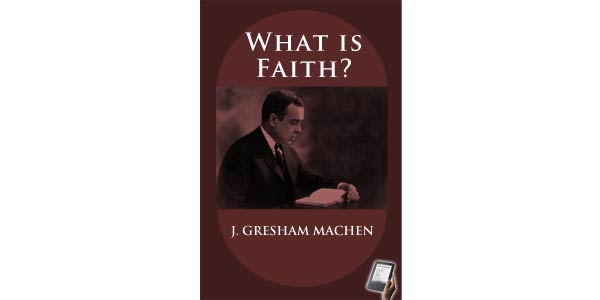 The Doctrine of the Incarnation
J. K. Mozley
An Aberration or Standard in Progressive Covenantalism? Issues about Covenant Conditions
R Scott Clark
Holiness Means More Than Killing Sin
Dr Sinclair B Ferguson
The Network of False Teachers - New Apostolic Reformation Connections
John Henry
The Saints and The Mark of The Beast
Voddie Baucham
From Predestination to Glorification: Defining Twelve Words Every Christian Should Know
David Schrock
Spiritual Swashbuckling – Dealing with Demons
Clint Archer
What Is Grace?
R C Sproul
Jonathan Leeman on Exhaustion with Division and Discourse in Today’s Evangelicalism
Jonathan Leeman
Living By the Book
H.B. Charles Jr.
Life is Worth It
Curated Resources
Refreshed In Chains
Chris Thomas
What the Genesis Text Really Says About Creation (5-Part Video Series)
Douglas F Kelly
The History of Baptism
Douglas F Kelly
And Yet It Was Not Consumed - Exodus 3:1-10
Douglas F Kelly
Prayer and the Holy Spirit
Douglas F Kelly
What is the Trinity?
Douglas F Kelly
If God Already Knows Why Pray
Douglas F Kelly
Creation and Change
Douglas F Kelly
What Does It Mean To Be “Confessional” (E.g., In The PCA)?
R Scott Clark
Dictionary of Deities and Demons in the Bible
Scripture References
The Well-Trained Theologian: Essential Patristic Texts for Retrieving Classical Christian Theology
Matthew Barrett
The Summation of the Gospel
B B Warfield
Handling Our Differences Redemptively, Not Destructively
Scotty Smith
Think About Such Things: Whatever Is Excellent
J. A. Medders
The Deep Places
Adam Parker
You Can Know God
William Boekestein
What Did the Cross Achieve? Seven Truths and Sixteen Quotes from John Murray
David Schrock
Who and what defines what heresy is?
Curated Resources
The Good, Chief, and Great Shepherd
Nicholas T Batzig
Liberty from Captivity
C H Spurgeon
Obstacles to Coming to Christ
A W Pink
Understanding Death: ‘Why does God allow bad things to happen?’
Curated Resources
A Definite Atonement: John Murray’s Case for a Disputed Doctrine
David Schrock
How does the second coming of Christ change how we live now?
Dr J Ligon Duncan III
Christ's Incarnation: The Foundation of Christianity (eBook)
C H Spurgeon
Against Rebellion
Ezekiel Hopkins
A Discourse on Perseverance in Prayer
Ezekiel Hopkins
Christ's Eternal Deity Proved
Thomas Brooks
John Calvin: A Lecture on the Occasion of his 400th Birthday
Herman Bavinck
Death
Herman Bavinck
How to Handle Divisive Persons in the Church
Chris Gordon
Another Reason Why The Covenant Of Works Matters
R Scott Clark
If Christ Is Not Savior, He Cannot Be Liberator: A Response to Ibram Kendi
Curated Resources
Does Mathematics = Western Imperialism?
Nancy Pearcey
The Counterfeit, Anti-Biblical Epistemologies of Postmodernism and Critical Theory
Dr Mark Coppenger
Sociology as Theology: The Deconstruction of Power in (Post)Evangelical Scholarship
Neil Shenvi
Body, Soul, and Gender Identity: Thinking Theologically About Human Constitution
Robert Smith
The Counsel of History
Michael Haykin
Do We Really Want Everything That Technology Can Give Us?
Gene Veith