The Westminster Assembly and Its Work (eBook) 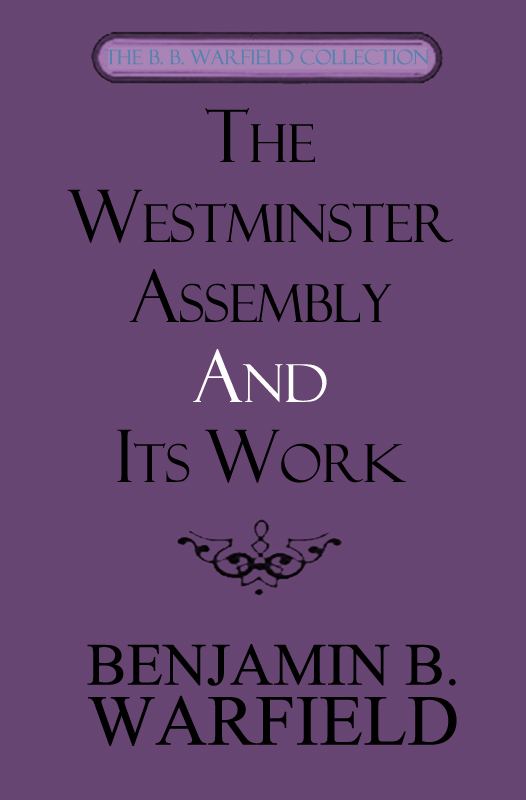 THE "Westminster Assembly of Divines" derives its name from the ancient conventual church of Westminster Abbey, situated in the western district of the county of London. It was convened in the most ornate portion of this noble fabric, the Chapel of Henry VII, on the first day of July, 1643; but, as the cold weather of autumn came on, it was transferred (October 2, 1643) to a more comfortable room (the so-called "Jerusalem Chamber") in the adjoining Deanery. In that room it thereafter sat, not merely to the end of the 1163 numbered sessions, during which its important labors were transacted (up to February 22, 1649), but through some three years more of irregular life, acting as a committee for the examination of appointees to charges and applicants for licensure to preach. It ultimately vanished with the famous "Long Parliament" to which it owed its being. The last entry in its Minutes is dated March 25, 1652.

The summoning of the Westminster Assembly was an important incident in the conflict between the Parliament and the King, which was the form taken on English soil by the ecclesiastico-political struggle by which all Europe was convulsed during the seventeenth century. It was the difficult task of that century to work out to its legitimate issue what had been auspiciously begun in the great revolution of the preceding period; to secure from disintegration what had been won in that revolution; to protect it from reaction; and to repel the destructive forces set in motion against it by the counter-reformation. The new Protestantism was, during this its second age, cast into a crucible in the heats of which it everywhere suffered serious losses, even though it emerged from them, wherever it survived, in greater compactness and purity. The form which the struggle took in England was determined by the peculiar course the Reformation movement had followed in that country. There, on its official side, the Reformation was fundamentally a contest between the King and the Pope. The purpose which Henry VIII set before himself was to free the State from foreign influences exerted by the Pope through the Church; and his efforts were directed, with great singleness of aim, to the establishment of his own authority in ecclesiastical matters to the exclusion of that of the Pope. In these efforts he had the support of Parliament, always jealous of foreign interference; and was not merely sustained but urged on by the whole force of the religious and doctrinal reform gradually spreading among the people, which, however, he made it his business rather to curb than to encourage. The removal of this curb during the reign of Edward VI concealed for a time the evils inherent in the new powers assumed by the throne. But with the accession of Elizabeth, who had no sympathy whatever with religious enthusiasm, they began to appear; and they grew ever more flagrant under her successors. The authority in ecclesiastical matters which had been vindicated to the throne over against the Pope, was increasingly employed to establish the general authority of the throne over against the Parliament. The Church thus became the instrument of the crown in compacting its absolutism; and the interests of civil liberty soon rendered it as imperative to break the absolutism of the King in ecclesiastical affairs as it had ever been to eliminate the papacy from the control of the English Church.

I. THE WESTMINSTER ASSEMBLY AND ITS WORK

II. THE MAKING OF THE WESTMINSTER CONFESSION, AND ESPECIALLY OF ITS CHAPTER ON THE DECREE OF GOD

IV. THE DOCTRINE OF INSPIRATION OF THE WESTMINSTER DIVINES

V. THE PRINTING OF THE WESTMINSTER CONFESSION

VI. THE FIRST QUESTION OF THE WESTMINSTER SHORTER CATECHISM