No book in all of Christendom so thoroughly explores, explains, and details the guiltiness due the sin that permeates unregenerate men. It is well for those who are regenerated to understand their blessing. This is Volume X of Goodwin’s Works, entitled, ''An Unregenerate Man’s Guiltiness Before God.'' With great thoroughness, Goodwin explores the depths of the total depravity of man by nature. Goodwin is the only author we are aware of who ever wrote more thoroughly on the subject of man's depravity than A. W. Pink

This is a weighty treatise on human guilt, corruption, and the imputation and punishment of sin. In exposing the total depravity of the natural man's heart, this book is unparalleled. Its aim is to produce a heartfelt need for saving faith in Christ rather than offer the quick fix of superficial Christendom.

Goodwin ''represents the cream of Puritanism, capturing the intellect, the will, and the heart of his readers'' (Joel Beeke)

Thomas Goodwin (1600-1679): Possessing a tender conscience from the age of six, Goodwin’s parents strove to prepare him for the ministry by their own example and by providing for the best education they could. At twelve he entered Christ’s College, Cambridge, known as a “nest of Puritans” in those days. The God of all grace and mercy brought Goodwin to a profound conviction of sin and genuine conversion on October 2, 1620, shortly after his twentieth birthday. Following his conversion he aligned himself with the Puritan theological tradition of such preachers as William Perkins, Richard Sibbes, and John Preston. His preaching was earnest, practical, experinmental, pastoral and above all, Christ-centered.

Goodwin, an Independent, who was appointed to the Westminster Assembly, is said to have been “the most decisive figure and the great disturber of the Westminster Assembly,” due to his continual promotion of the Independent view of church government. Records of the assembly covering 243 sessions held from August 1643 to December 1644 indicate that Goodwin gave more addresses than any other divine—357 in all! During the early 1650s, he and John Owen shared a Sunday afternoon lecture for the students at Oxford, and both were chaplains to Oliver Cromwell. He was also assisted in drawing up the confession of faith for the Independents known as The Savoy Declaration of Faith and Order. During the period when many godly pastors were ejected from their pulpits because of strict demands of conformity, God’s mighty overruling providence permitted Goodwin to continue preaching throughout the years of persecution by Charles II. Most of his major theological writings were the fruit of his mature years and published after his death. Goodwin’s works, which are presently reprinted in a twelve-volume authoritative edition, were James Nichol’s first choice in what would become known as the well-edited and highly regarded Nichol’s Series of Standard Divines.

BOOK I: Of an unregenerate man's guiltiness before God, from the imputation of Adam's first transgression to every person of his posterity

BOOK II: An unregenerate man's guiltiness before God, in respect of that corruption of nature with which all mankind is infected, and the whole nature of every man is polluted and depraved

BOOK III: The corruption of man's whole nature, and of all the faculties of his soul by sin; and first of the depravation of the understanding, which is full of darkness, and blinded, so that it cannot apprehend spiritual things in a due spiritual manner

BOOK IV: Of that corruption which is in the practical judgments of unregenerate men

BOOK V: That reason in man being corrupted by sin, useth its strength and force to advise and contrive the satisfaction of his lusts; whence it is that reason, which should have acted for God, now acts for sin and lusts

BOOK VI: The vanity of thoughts, being an instance of the abounding sinfulness in one faculty of the soul, the cogitative; whereby the sinfulness of the rest may be estimated

BOOK VII: The corruption and defilements of conscience

BOOK VIII: Of the inclinations and lusts which are in the will and affections, after things fleshly and sinful

BOOK IX: Wisdom in the hidden part, or practical wisdom concerning original sin, founded on David's example and practice, Ps. 51:6.—That this sin is matter of repentance as well as our actual sins, and how we are to be humbled for it, and to repent of it

BOOK X: That this state of guilt and natural corruption is the condition of all men unregenerate, though they make an external profession of Christianity.—A discovery of the several sorts of such men, both the ignorant, the profane, and the civil and the formal Christian.—And an answer to all those pleas by which they excuse, justify, or flatter themselves

BOOK XI: That an unregenerate man is highly guilty, by reason of the numberless account of actual sins which he daily commits

BOOK XII: An unregenerate man's guiltiness by reason of the aggravations of his sinfulness

BOOK XIII: Of the punishment of sin in hell.—That the wrath of God is the immediate cause of that punishment 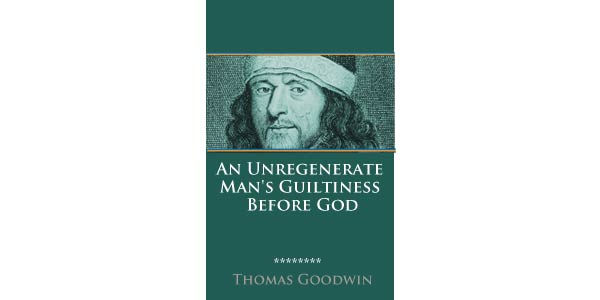