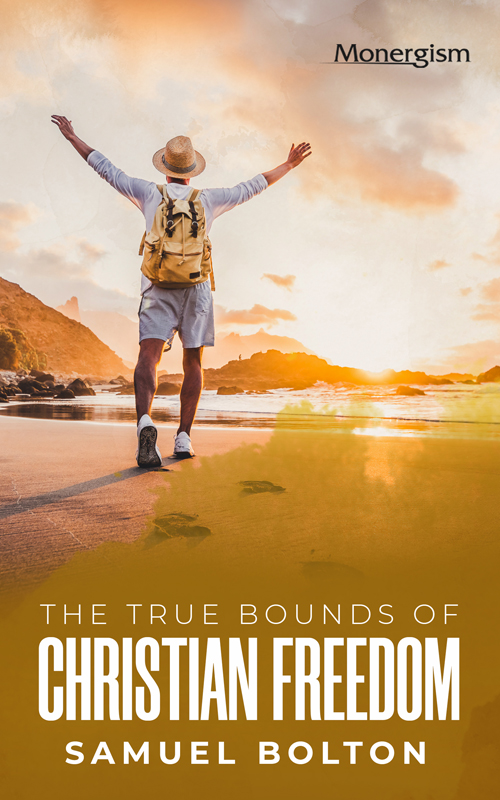 The True Bounds of Christian Freedom is a biblical exposition of the place of the law in the life of the Christian. An excellent work which shows the danger of Antinomianism, while also avoiding the pitfalls of legalism.

It is well known that, just as God has communicated many truths to man, so has Satan endeavoured to bring in many errors, his hope being to prejudice and weaken the reception of the truth even though he failed to induce men to entertain his lies. Indeed he finds that his best time for selling his wares is when pedlars are most busy, and when, in the busy market, men are buying truth. It is then that he offers his merchandise. To make it more vendible he represents it as highly respectable and as spiritual in character as truth itself. For long he has walked as a prince of darkness, but because he has lost hope of deceiving men any longer as such, he now transforms himself into an angel of light. Successful in past ages as a bare-faced deceiver, he put on a mask when men discovered his real character, and thus disguised he carried on his designs for generations. But the mask is now taken off, and he operates as one wearing the very face of truth.

No errors are more dangerous and destructive than those which reach men as the teachings of free grace. Poison in the fountain from which they spring, they are poison in men’s hearts. I need not tell how many of them have been brought before men and received by them. For the recovery of those who have been thus carried away, for the establishing of those who stagger, and for the upbuilding of those who are in some measure settled in the truth, the following treatise is, at the request of many friends who heard it preached, now printed. It is partly doctrinal, setting forth and confirming the truth commonly received by Christians, and partly controversial, examining and confuting the contrary opinions.

 We have given our opponents a fair trial, having been willing to hear the utmost they could say. Our examination of the questions on which we differ is comprised under six queries, namely,

These will be the main inquiries. Opinions contrary to those here expounded will be debated in a friendly manner and plainly confuted. My main aim is to convince the judgment, not to irritate the affections, lest while I seek to be helpful to grace, I might render service to sin, and while I endeavour to lead men to holiness, I should stir up men’s corruptions, and so run in vain. I have sought, therefore, to deal with principles more than persons, and rather to unveil errors by means of argument than by naming them. It is my earnest desire that what is here made obvious to the eye, the God of truth would make evident to the heart, and that He would give to my readers and myself sound judgment, that we may be able to distinguish between things that differ. May He guide us in the ways of faith and obedience, enable us to serve Him while we  live, smile upon us when we die, and after death take us to Himself. This is all I desire for myself, and the least I desire for my readers.

Yours in the service of Christ, to advance faith and obedience,

2. The Moral Law a Rule of Obedience

7. Obedience for the Sake of Reward

9. The Application to Believers and Unbelievers