The Trinity in the New Testament 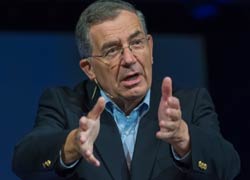 by Sinclair B. Ferguson

The classical doctrine of the Trinity teaches us that there is one God who exists in three distinct persons, the Father, the Son, and the Holy Spirit. Typically this is stated as God having his existence in one substance and three persons.

There is mystery here. But it is the mystery in the light of which clarity is brought to all of our thinking about God, creation, providence, and redemption. Like the light of the sun we cannot gaze into it without danger; and yet it is the light in which we are able to see everything else more clearly. As Augustine wrote: ‘In no other subject is error more dangerous, or inquiry more laborious, or the discovery of truth more profitable.’[i]

The purpose of this appendix is not to provide an exposition or defence of the classical doctrine of the Trinity but the more modest one of underlining the extent to which the joint work of the Father, the Son, and the Holy Spirit undergirds and permeates the teaching of the New Testament.

What follows then simply collates a number of New Testament passages under various headings to demonstrate how deeply into the warp and woof of the gospel the presence of the Trinity is woven, in frequent references to the joint work in the believer of two or all three persons in the Trinity.

In classical orthodox Christianity the language of ‘substance’ and ‘persons’ has been used. This is not itself biblical language but the church has never seriously managed to improve on it. The point in this appendix is not to expound, explain, or defend this particular language but to show that only when we read the New Testament through trinitarian lenses can we make sense of its message. And since our fellowship in the Spirit is with the Father and the Son (1 John 1:3) it is tremendously important for our growth in sanctification that we learn to live, serve, and worship in a Trinity-conscious way.

1. Statements reflecting on the relationship of the Father and the Son

2. Statements reflecting on the Father’s and the Son’s relationship with the Spirit

3. Statements reflecting the foundational and pervasive nature of God in his trinitarian interaction with his creation.

4. The Trinity is seen as essential to the accomplishing of redemption and to its application: