The Trial of a Christian's Growth (eBook) 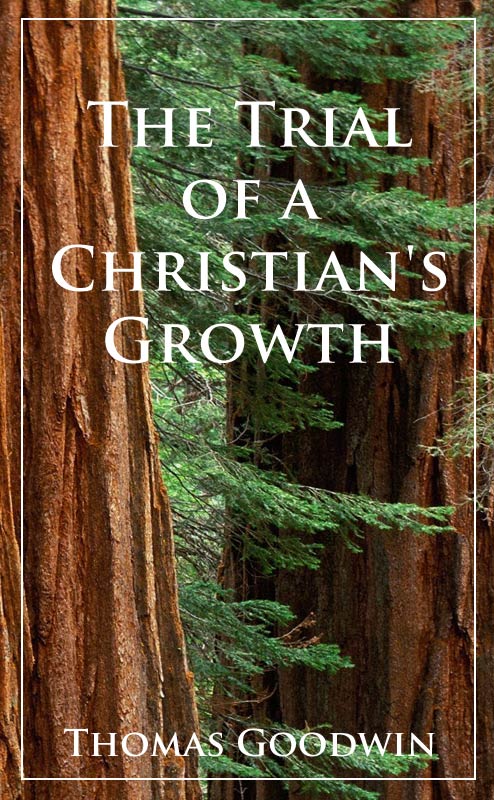 THE TRIAL OF A CHRISTIAN'S GROWTH IN MORTIFICATION, OR PURGING OUT CORRUPTION; AND VIVIFICATION, OR BRINGING FORTH MORE FRUIT:

A TREATISE HANDLING THIS CASE,

'HOW TO DISCERN OUR GROWTH IN GRACE:' AFFORDING SOME HELPS RIGHTLY TO JUDGE THEREOF, BY RESOLVING SOME TENTATIONS, CLEARING SOME MISTAKES, ANSWERING SOME QUESTIONS, ABOUT SPIRITUAL GROWTH. TOGETHER WITH SOME OBSERVATIONS UPON THE PARABLE OF THE VINE, JOHN 15:1, 2.

'LET US CLEANSE OURSELVES FROM ALL FILTHINESS OF FLESH AND SPIRIT, PERFECTING HOLINESS IN THE FEAR OF GOD.'—2 COR. 7:1.

THIS following treatise, The Trial of a Christian's Growth, was formerly printed during the time of my absence out of my native country, and by reason thereof had many imperfections and incongruities both in style and matter; which, now being again (through the good hand of God upon me) returned, I have endeavoured to amend: so as, partly through some alteration in the method and frame of it, partly by cutting off some redundancies, I have reduced it to some better shape, and nearer proportion to its fellows.

The scope and way of handling this subject, growth, is not doctrinal so much, nor yet hortatory, as either persuading to, or discoursing of a Christian's growth in general, concerning which much hath been already written by others; but the more proper aim of this is to resolve a case of conscience, (like as those two other preceding tractates of mine have done,) namely this, How to discern our growth, and to answer more usual temptations about it. And so these three treatises being of like sort and kind, and properly belonging to that part of theology which we call case-divinity, I have therefore, in this new edition of the whole, ordered to put them together, (which is all the alteration I have made,) although in their first and single publishing some other came between.

If in the performance this falls short of many more raised experiments of growth which are found in such as the apostle John calls fathers, elderly Christians, who with Enoch have walked long with God; yet I have hoped that you that are young men, (as he also styles the middle sort of Christians,) that you may find many things helpful to your right understanding and judging of your growth, and which may free you from many mistakes in misjudging thereof, and so consequently of many tentations about it, which that age of believers are more peculiarly incident unto. I dare not say, 'I write these things to you, fathers;' I never presumed it in my thoughts. I myself wrote and preached it when I was but young in years, and for the time far younger in grace and experience. And I dare not (if the great Apostle, 2 Cor. 10:14, would not) stretch myself beyond that measure which God hath distributed to me: a measure which yet may reach you that are young men, though more eminent grown Christians are gone far beyond the line of it.

The God of grace and peace grant us and all his children spirits endeavouring 'to speak the truth in love' in these dividing times, 'that we may grow up into him in all things, who is the head, even Christ,' Eph. 4:15. 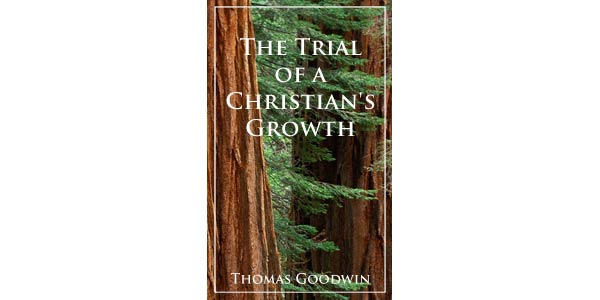 PART I OF GROWTH IN BRINGING FORTH MORE FRUIT

CHAPTER I: That all true branches in Christ do grow, proved by Scriptures and reasons

CHAPTER II: An explication how the saints do grow

CHAPTER III: What it is to bring forth more fruit explicated—

CHAPTER IV: What it is to bring forth more fruit explained positively

PART II: OF GROWTH IN PURGING OUT CORRUPTION

CHAPTER I: The observation out of the text propounded, That God goes on to purge out our corruptions

CHAPTER II: The ways God useth to purge out corruption out of his children

CHAPTER III: The trial of growth in mortification by Negative signs

CHAPTER IV: The trial of mortification by Positive signs

CHAPTER V: Some cautions to prevent misjudging by false rules

PART III: RESOLVING SOME QUESTIONS ABOUT GROWTH IN MORTIFICATION AND VIVIFICATION

CHAPTER I: About growth in mortification; two questions—