A Treatise of Self-Denial (Free eBook) 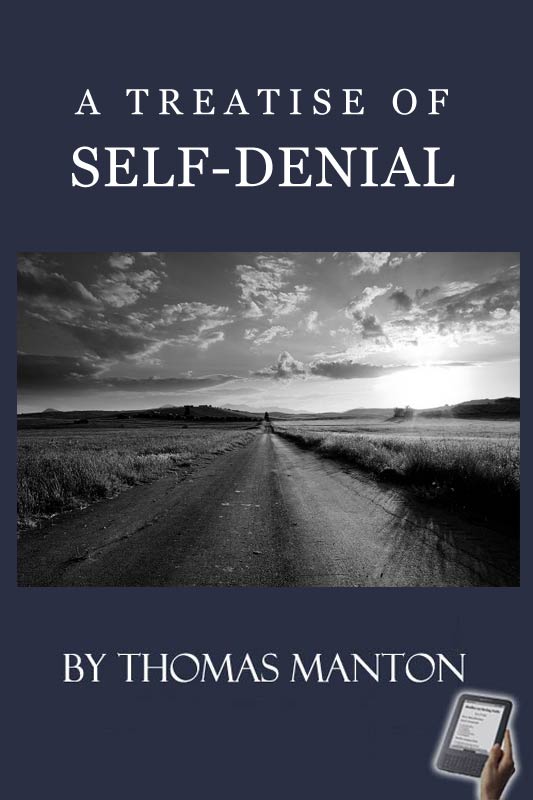 The occasion of these words standeth thus: Christ had foretold his passion, and Peter taketh offence. The cross though it be the badge of christianity, is always displeasing to flesh and blood, and we dislike heaven, not for itself, but for the way we travel to the land of promise, through a howling wilderness. Carnal fancy imagineth a path strewed with lilies and roses: we are too tender-footed to think of briers and thorns.
Peter giveth vent to his distaste by carnal counsel - 'Master, favour thyself.' Peter's speech to his master is much like the voice of the flesh or Satan in our own hearts; when duty cannot be done without difficulty and disadvantages, our carnal hearts say, Favour thyself, let this be far from thee. Christ rebuked Peter, or rather the devil in Peter - 'Get thee behind me, Satan.' God's own children may often play Satan's game. Peter speaketh out of an innocent affection and respect to his Master, and the devil hath a hand in it. And therefore it is a high point of spiritual wisdom to be skilled in his enterprises - 'We are not ignorant of his devices,' saith the apostle, 2 Cor. 2.11. The devil turns and winds on every hand; the same Satan that stirred up the high-priests to crucify Christ, sets his own disciple upon him, to dissuade him from being crucified. He was afraid of the work of redemption, and therefore seeketh either to hinder the sufferings of Christ, or to make them so ignominious that the scandal might take off from the efficacy. When Christ was upon the cross he playeth the same game, but by other instruments: Mat. 27.40, 'If thou be the Son of God, come down from the cross.' Though he had our Saviour at that pass, yet he was afraid what the work would come to. It is very notable that when Christ rebuketh Peter, he doth with the same severity check the devil, tempting him to idolatry, and Peter dissuading him from sufferings; it is spoken to both, 'Get thee behind me, Satan,' compare Mat 4.10, with ver. 23 of this chapter. So strong an inclination had our Lord to die for us, that he looked upon carnal pity to his person with the same indignation and scorn which he doth upon a temptation to idolatry. However, the condescension and tenderness of Christ to his erring disciple is to be observed: he doth not only rebuke him, but instruct him, and the rest of his disciples. Thus can Christ make an advantage of our failings; Peter's carnal counsel was the occasion of this excellent lesson, which Christ by this means hath for ever consigned to the use and profit of the church - 'if any man will come after me, let him deny himself.'
I shall a little open the words.

Christ saith, 'If any man,' to show that the duty is of an unlimited concernment; it involveth all, whosoever will enter themselves in Christ's school, or list themselves in his flock or company; it doth not only concern a few which are called out to be champions for his cause, and to expose their bodies to the cruel flames, but 'if any will come after me.' Will, thelei; the word is emphatical, it noteth the full purpose and consent of the will. Whosoever is firmly resolved. 'Come after me;' as a scholar after his teacher, as a sheep after his shepherd, as a soldier after his centurion. Coming after, it is a phrase proper to scholars. The phrase showeth the necessity of the duty, unless you will be disclaimed as none of my followers. Here Christ would give us the main character of his own disciples. Christianity is a school and sect of men that deny themselves and their own conveniences for Christ's sake.

'Let him deny himself;' these are the words which I shall insist upon. And in them there are two things to be observed:
the act - 'Let him deny;' the object - 'Himself.'

1. For the act, aparneisastho; the word being a compound is the more emphatical; it signifieth prorsus negare - Let him utterly deny himself. Denial properly belongeth to speeches, but by a metaphor it may be also applied to things. To speeches it is proper, as to propositions or requests. In propositions we are said to deny when we contradict that which is affirmed; in requests we deny when we refuse to grant what is desired of us. Now by an easy traduction it may also be applied to things, which we are said to deny when we neglect, slight, or oppose them; as denying the power of godliness, neglecting or opposing it; though with propriety enough the word may retain its original sense, because all things are managed in the heart of man by rational debates, counsels, and suggestions, and we are said to deny when we refuse to give assent to fleshly dictates and counsels. The flesh, or corrupt self, hath its propositions, its motions in the soul; it speaks to us by our own thoughts, and puts us upon this or that work. Envy, lust, and corrupt motion have a voice, and an imperious voice, too, that grace is much put to it to give a strong negative. Envy bids Cain, Go kill thy brother; ambition bids Absalom rebel against his father; covetousness bids Judas betray his Lord and Master; so worldly affection bids us pursue present things with all our might. Now because we are wedded to our opinions, and these are the suggestions of our own hearts, therefore they are called self; and we are said to deny when we enter our dissent, and deny the motion. Flesh, what have I to do with thee? I am not 'a debtor to the flesh,' Rom. 8.12. I will hazard all for Christ, and make it my work to get into covenant with God. This for the act - 'Let him deny.'

2. The object is the next word to be opened - eauton, 'Himself,' a capacious word, that doth not only involve our persons, but whatever is ours, so far as it standeth in opposition to God, or cometh in competion. A man and all his lusts, a man and all his relations; a man and all his interests; life, and all the appendages of life, is one aggregate thing which in scripture is called self. In short, whatsoever is of himself, in himself, belonging to himself, as a corrupt or carnal man, all that is to be denied. And indeed, every man hath many a self within himself; his lusts are himself; his life is himself; his name is himself; his wealth, liberty, ease, favour, lands, father, mother, and all relations, they are comprised within the term of self. As when our Lord explaineth it, Luke 14.26, 'If any man will come after me, and hate not his father and mother, and wife and children, and brethren, and sisters, nay, and his own life, he cannot be my disciple;' ,misein is the same withaparneisthai, hating, it is the same with denying or neglecting his duty to them for God's sake, when a higher duty is to take place. I confess, among the things which are called self there is a difference.
[1.] Some are absolutely evil, and must be denied without limitation; as lusts and carnal affections, Tit. 2.12, which are very properly called self, because we are as tender of them as of our own souls; and therefore they are expressed by the terms of the 'right hand,' and the 'right eye,' Mat. 5.29,30. A sinner will as soon part with his eyes as with his lusts, or the pleasure of his senses. And so they are called 'members:' Col. 3.5, 'Mortify your members, which are on the earth.' Sin is riveted in the soul, and it is as irksome to a natural heart, to part with any lust, as with a member or joint of the body; we are willing to hold them by as fast and close a tenure as we hold ourselves; we startle at a reproof, as if a joint were pricked or touched.
[2.] Other things are only evil respectively as they prove idols or snares to us; and so life, and all the ornaments, comforts, and conveniences of life; as liberty, honours, wealth, friends, health, they are all called self. The reason is, because by love, which is the affection of union, they are incorporated with us, and become parts of us: Hosea 4.18, 'Ephraim is joined to idols;' they are cemented with them. Now that which is to be denied in these things is not so much the thing itself, but our corruption that mingleth with them, and causeth them to become a snare to the soul.

The point that I shall insist on out of the whole is -
Doctrine. That it is the duty of all that would be Christ's disciples to deny themselves.

I shall handle the doctrine of self-denial -
1. In general.
2. In its several kinds and subjective parts.

First, In general.
In managing this argument, I shall use this method, viz. -
1. Give the extent of self-denial.
2. The reasons of this duty, with the most effectual motives and arguments of persuasion.
3. The signs by which we may know whether we omit or practise it.
4. The helps which the scripture prescribes for our furtherance in so great a work. 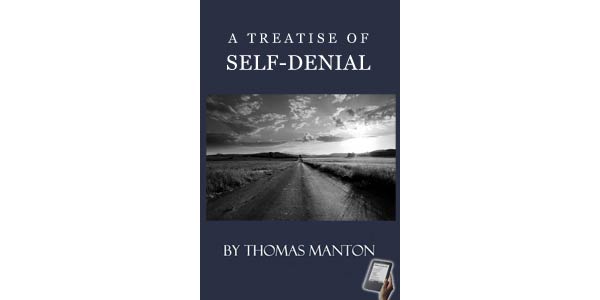