A Treatise of the Dominion of Sin and Grace (eBook) 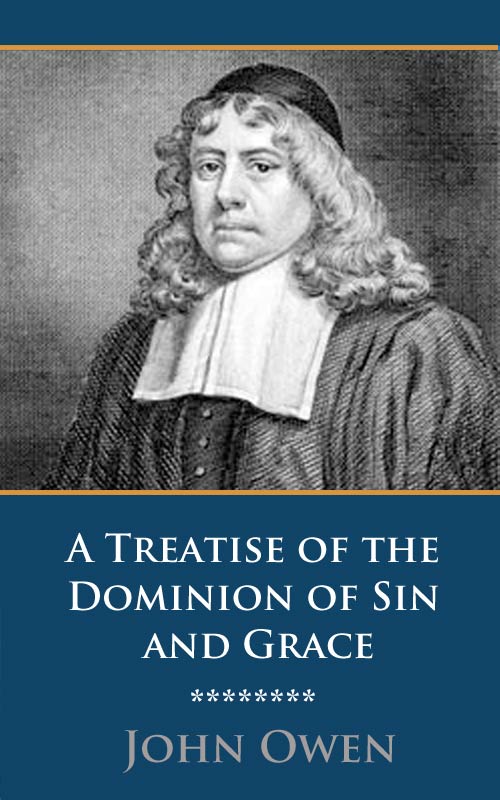 WHEREIN SIN'S REIGN IS DISCOVERED, IN WHOM IT IS, AND IN WHOM IT IS NOT; HOW THE LAW SUPPORTS IT; HOW GRACE DELIVERS FROM IT, BY SETTING UP ITS DOMINION IN THE HEART.

For sin shall not have dominion over you: for ye are not under the law, but under grace.—Rom. 6:14.

The treatise is founded on Rom. 6:14, and three facts are presupposed in the discussion that follows:—that sin dwells in believers; seeks to renew its dominion over them; and endeavours to accomplish this object by deceit and force, chap. 1.

Three leading inquiries are proposed:—I. Into the nature of this dominion; II. The evidence by which we ascertain whether it exists in us; and III. The reason or ground of the assurance that it shall not have dominion over believers.

I. As to the nature of this dominion,—1. It is evil and perverse, (1.) as usurped, and (2.) as exercised to evil ends. 2. It implies no force contrary to the human will. 3. It implies that the soul is not under the influence of grace to any extent; and, 4. that it is sensible of the power of sin, II.

II. As to the evidences of this dominion,—1. Some features of character are specified which, though seemingly, are not really inconsistent with the dominion of sin. 2. Certain things are mentioned which leave the case doubtful; as when sin takes hold of the imagination, when it prevails in the affections, when there is a neglect of the means by which it is mortified, when a reservation is made in favour of any known sin, and when hardness of heart is manifested, III. Hardness of heart is specially considered, and distinguished into natural, judicial, and partial or comparative; under the head of partial hardness there are mentioned,—(1.) Symptoms which, however evil in themselves, are not inconsistent with the existence of grace in the heart; and (2.) Symptoms which are hardly compatible with the reign of grace. And, 3. Incontestable evidences that sin has dominion over the soul are briefly mentioned, IV.

III. The reason of the assurance that sin shall have no more dominion over believers is, that they are "not under the law, but under grace;" because,—whereas, 1. the law gives no strength against sin, 2. confers no spiritual liberty, and, 3. supplies no motives to destroy the power of sin, and, 4. whereas Christ is not in the law,—grace imparts these blessings, and thus enables us to subdue sin, V. Two practical observations are enforced,—1. The privilege of deliverance from the dominion of sin; and, 2. The importance of securing ourselves against the dominion of sin. and not suffering it to remain long doubtful whether or not we are under it, VI—ED.

TO THE SERIOUS READER

Chapter I: Sin's Great Design in All to Obtain Dominion

Chapter II: What is the Dominion of Sin, which we are Freed from and Discharged of by Grace

Chapter III : Whether Sin Hath Dominion in Us or Not

Chapter IV: Hardness of Heart Spoken to as an Eminent Sign of Sin's Dominion

Chapter V: What is the Assurance Given Us that sin Shall not have Dominion Over Us

Chapter VI: The Practical Observations Drawn from, and Application Made of, the Whole Text