The Treasury of David 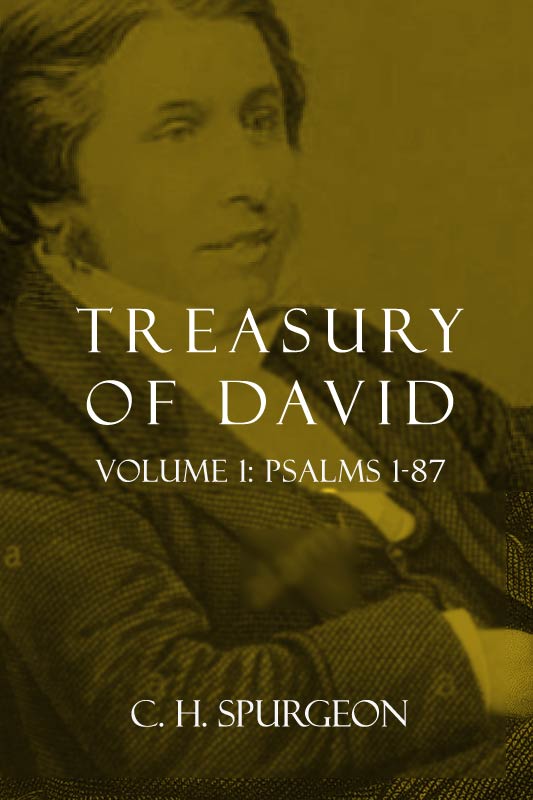 “If the author had never written anything else it would have been a permanent literary memorial.” These words, written by Susannah Spurgeon, reference the ambitious publication that became her husband’s magnum opus – a commentary on the Psalms.

It took twenty years for Spurgeon to complete The Treasury of David. After three years, he had only reached Psalm 36. By 1865, Spurgeon began printing his expositions in his monthly magazine, The Sword and Trowel. Eventually, they were collected and published in seven volumes at virtually no monetary profit to the author or publisher. The original volumes sold for eight shillings (the equivalent of about $4.50 today). In order to “reach as large a number of students of the Word as I could,” Spurgeon sold the seven-volume set at one shilling distributed in monthly installments.

Within a decade more than 120,000 sets had been sold. The Treasury of David is a superb literary achievement. Eric Hayden, pastor of the Metropolitan Tabernacle a century after Spurgeon's ministry began there, calls this work "Spurgeon's magnum opus."

Spurgeon's own commentary on every verse of the Psalms is extremely insightful, and by itself it would have been rich enough for posterity. But there's much more in The Treasury of David. You'll find a wealth of illuminating extracts and quotes from hundreds of commentators - contemporaries of Spurgeon as well as the great Puritan expositors of the seventeenth and eighteenth centuries. Preachers and teachers will appreciate the homiletical hints on almost every verse, concise sermon outlines, and provocative seed thoughts. 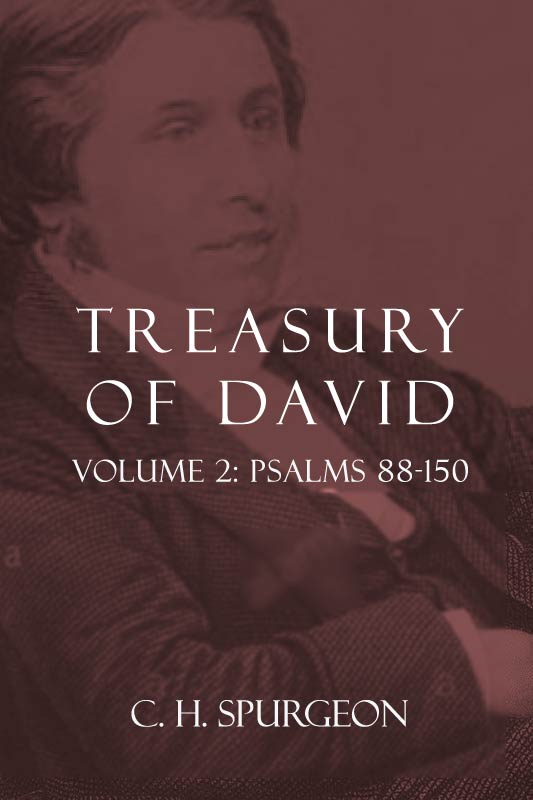 The Exposition here given is my own. I consulted a few authors before penning it, to aid me in interpretation and arouse my thoughts; but, still I can claim originality for my comments, at least so I honestly think. Whether they are better or worse for that, I know not; at least I know I have sought heavenly guidance while writing them, and therefore I look for a blessing on the printing of them.

The collection of quotations was an after-thought. In fact, matter grew upon me which I thought too good to throw away. It seemed to me that it might prove serviceable to others, if I reserved portions of my reading upon the various Psalms; those reserves soon acquired considerable bulk, so much so that even in this volume only specimens are given and not the bulk.

One thing the reader will please clearly to understand, and I beg him to bear it in mind; I am far from endorsing all I have quoted. I am neither responsible for the scholarship or orthodoxy of the writers. The names are given that each author may bear his own burden; and a variety of writers have been quoted that the thoughts of many minds might be before the reader. Still I trust nothing evil has been admitted; if it be so it is an oversight.

The research expended on this volume would have occupied far too much of my time, had not my friend and amanuensis Mr. John L. Keys, most diligently aided me in investigations at the British Museum, Dr. William's Library, and other treasuries of theological lore. With his help I have ransacked books by the hundred, often without finding a memorable line as a reward, but at other times with the most satisfactory result. Readers little know how great labour the finding of but one pertinent extract may involve; labour certainly I have not spared: my earnest prayer is that some measure of good may come of it to my brethren in the ministry and to the church at large.

The Hints to the Village Preacher are very simple, and an apology is due to my ministerial readers for inserting them, but I humbly hope they may render assistance to those for whom alone they are designed, viz., lay preachers whose time is much occupied, and whose attainments are slender.

Should this first volume meet with the approbation of the judicious, I shall hope by God's grace to continue the work as rapidly as I can consistently with the research demanded and my incessant pastoral duties. Another volume will follow in all probability in twelve months' time, if life be spared and strength be given.

It may be added, that although the comments were the work of my health, the rest of the volume is the product of my sickness. When protracted illness and weakness laid me aside from daily preaching, I resorted to my pen as an available means of doing good. I would have preached had I been able, but as my Master denied me the privilege of thus serving him, I gladly availed myself of the other method of bearing testimony for his name. O that he may give me fruit in this field also, and his shall be all the praise.