Loving God With All Your Mind
by Gene Edward Veith, Jr. 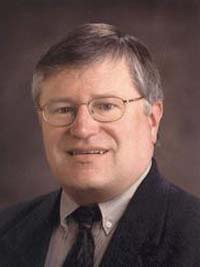 Gene Edward Veith, Jr., is the Culture Editor of WORLD MAGAZINE. He was formerly Professor of English at Concordia University Wisconsin, where he has also served as Dean of the School of Arts & Sciences. He is the author of numerous books, including Postmodern Times: A Christian Guide to Contemporary Thought and Culture, The Spirituality of the Cross: The Way of the First Evangelicals, and God at Work: Your Christian Vocation in All of Life.

Postmodern Times received a Christianity Today Book Award as one of the top 25 religious books of 1994. He was named Concordia's Adult Learning Teacher of the Year in 1993 and received the Faculty Laureate Award as outstanding faculty member in 1994. He was a Salvatori Fellow with the Heritage Foundation in 1994-1995 and is a Senior Fellow with the Capital Research Center. He was given the layman’s 2002 Robert D. Preus Award by the Association of Confessional Lutherans as “Confessional Lutheran of the Year.”

Dr. Veith was born in Oklahoma in 1951. He graduated from the University of Oklahoma in 1973 and received a Ph.D. in English from the University of Kansas in 1979. He has taught at Northeastern Oklahoma A&M College and was a Visiting Professor at Wheaton College in Illinois. He was also a Visiting Lecturer at the Estonian Institute of Humanities in Tallinn, Estonia. He and his wife Jackquelyn have three grown children and live in Cedarburg, Wisconsin.