Memoirs of an Ordinary Pastor
by D. A. Carson 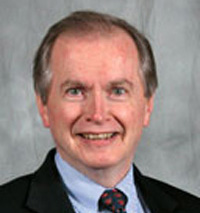 Donald A. Carson is research professor of New Testament at Trinity Evangelical Divinity School in Deerfield, Illinois. He has been at Trinity since 1978.
Carson came to Trinity from the faculty of Northwest Baptist Theological Seminary in Vancouver, British Columbia, where he also served for two years as academic dean. He has served as assistant pastor and pastor and has done itinerant ministry in Canada and the United Kingdom.
Carson received the Bachelor of Science in chemistry from McGill University, the Master of Divinity from Central Baptist Seminary in Toronto, and the Doctor of Philosophy in New Testament from the University of Cambridge.
Carson was founding chair of The GRAMCORD Institute, a research and educational institution designed to develop and promote computer-related tools for research into the Bible, focusing especially on the original languages. Carson is an active guest lecturer in academic and church settings around the world. He holds membership on the Council for the Alliance of Confessing Evangelicals.
Carson and his wife, Joy, reside in Libertyville, Illinois. They have two children. In his spare time, Carson enjoys reading, hiking, and woodworking.