The Throne of Grace (eBook) 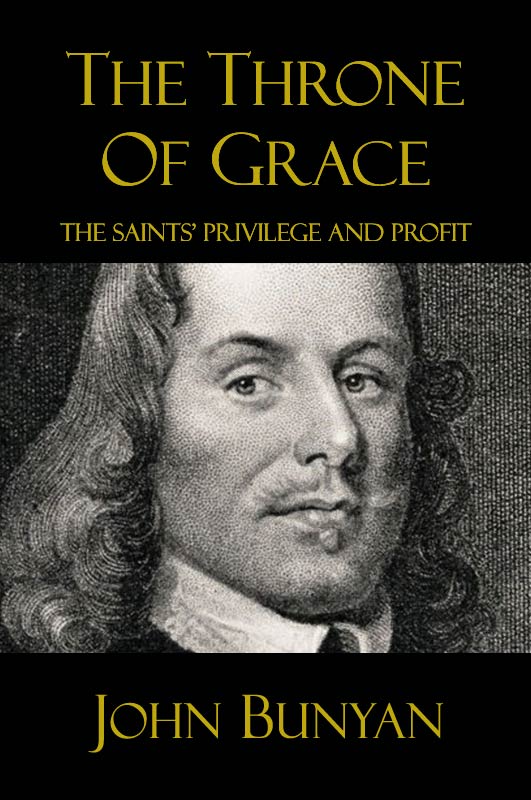 'LET US THEREFORE COME BOLDLY UNTO THE THRONE OF GRACE, THAT WE MAY OBTAIN MERCY, AND FIND GRACE TO HELP IN TIME OF NEED.'—HEBREWS 4:16

The churches of Christ are very much indebted to the Rev. Charles Doe, for the preservation and publishing of this treatise. It formed one of the ten excellent manuscripts left by Bunyan at his decease, prepared for the press. Having treated on the nature of prayer in his searching work on 'praying with the spirit and with the understanding also,' in which he proves from the sacred scriptures that prayer cannot be merely read or said, but must be the spontaneous effusions of the heart principally in private, or at the domestic altar upon set times in the morning and evening, or more publicly in social meetings for praise and prayer, or in the public assembly of the church—all being acceptable, only as it is offered up in spirit and in truth—he now directs us to the proper medium which our mental powers should use in drawing near to the Divine Being. We have to approach the universal spirit, the creator, the preserver, the bountiful benefactor of our race; and, at the same time, the infinitely holy one, the supreme judge and just rewarder or punisher of all creatures. How shall we, who are impure and unclean by nature and by practice, draw near unto him who is so infinitely holy? Others of our race who were equally guilty have held acceptable converse with God, and received special marks of his favour. We all know that a talented man, high in office, retired at certain times for prayer; this gave offence, and a law was made, by which prayer to God was interdicted for thirty days. He refused obedience to a human law which interfered with the divine authority, and for this he was cast into the den of lions; but they hurt him not, although they devoured his persecutors. When a beloved minister was seized and imprisoned for his love to Christ, the church held a prayer meeting on his account, and while they were praying God sent his angel to the prison. In vain four quaternions of soldiers kept guard, two of them in the prisoner's cell, while the servant of Christ, who was loaded with chains and doomed to an ignominious death, slept sweetly between the armed men. The angel awakes him, his chains fall off, no noise can awake his guard, the prison doors open, and he was restored to his beloved charge. They were yet imploring his deliverance, when he stood in their midst to tell the wondrous miracle, wrought in answer to their prayer. Again, two of their much—loved ministers were seized and beaten, and cast into jail, their feet being made fast in the stocks. In the dark hour of midnight they prayed and praised God, when an earthquake was sent, which shook the prison and threw open its doors, and the jailor, with his house, became converts to the faith. Millions of instances might have been recorded of prayer heard and answered. The child Samuel, and also Ishmael. The Magdalene. The thief on the cross. Ananias, who was directed to relieve the stricken persecutor Saul, for 'behold he prayeth.' But innumerable prayers have been read and offered up which have not been answered. What then is the acceptable form, and what the appointed medium consecrated for our access to God, by which prayer is sanctified and accepted? If ye love me, saith the Saviour, keep my commandments, and whatsoever ye shall ask IN MY NAME that will I do. A sense of our want and unworthiness leads us to God in that new and living way consecrated by Christ though the veil, that is to say, his flesh (Heb 10:20). By that way we can 'come boldly,' because it is 'a throne of grace,' and there and there only we can 'obtain mercy and find grace to help in time of need.' Wondrous throne! Blessed encouragement to the poor pilgrim, traversing the desert surrounded by enemies, his own heart by nature being one of the most formidable of them!

It is of great importance to all, and especially to the young, to attain correct definite ideas of religious truths. Bunyan had remarkably clear views, arising from his strong feelings and the rugged path by which he was led to Christ. His definition of the difference between grace and mercy is very striking: 'Mercy signifies pitifulness to objects in a miserable condition. Grace acts as a free agent, not wrought upon by our misery but of God's own princely mind.' Christ is the throne of grace—in him dwells all the fulness of the Godhead, and yet he was found in fashion as a man, he took on him the seed of Abraham, and was made like unto his brethren, and offered himself up as the sacrifice for sin. Thus he is the throne of grace on the mercy-seat covering the law. Here he is an object of worship to the angels on the right hand of God. In him the uncreated glory, the dazzling effulgence of God, is so veiled in his glorified body, that man, poor sinful man, can lift up his eyes to behold the place where God's honour most richly dwelleth, and find acceptance and grace to help in every time of need.

Take heed, sinner, this is your only access to heaven. The mercyseat and throne of grace is God's resting—place; the throne which governs his church, and which eventually will govern all nations. This throne, invisible to mortal eyes, is present at all times and in all places. After the saints have been supplied with all needful grace in this world, their glorified spirits will see the great white throne, and hear the voice proceeding from it, saying, Come, ye blessed of my Father, inherit the kingdom prepared for you; while from that throne the direful thunderbolts will be hurled upon the despisers of divine grace, and they will hurry into irretrievable misery. The safety of the Christian entirely depends upon his being found 'looking unto Jesus': his glorified human body is the throne of grace—the source of all blessedness to his worshippers—the gate of heaven—the way, the truth and the life. Yes, proud nature, HE who was the babe at Bethlehem, the poor carpenter's son, who, notwithstanding his miracles of wisdom, power, and mercy, was despised and rejected of men, HIM hath God exalted to be a prince and a Saviour, to give repentance and the remission of sins, the only medium of access to heaven. Before him every knee shall bow. Wonders of grace to God belong. 'Busy thyself, fellow christian, about this blessed office of Christ. It is full of good, it is full of sweet, it is full of heaven, it is full of relief and succour for the tempted and dejected; wherefore, I say again, study these things, give thyself wholly to them.' Reader, listen to these words of Bunyan, and may the Divine blessing attend the reading of his works.

The Saints Privilege and Profit

The God Hath More Thrones than One

The Godly Can Distinguish One Throne from Another

Import of the Term Grace

What is to be inferred from the term 'throne of grace'

What this throne of grace is

Where the throne of grace is erected

Why the law and the mercy-seat are so near together

How the godly distinguish the throne of grace

The Persons Intended by this Exhortation

The orderly coming to the throne of grace

How We are to Approach the Throne of Grace

None but the godly know the throne of grace

Motives for Coming Boldly to the Throne of Grace

The first motive, because we have such an high priest there

Christ the sacrifice as well as the high priest, and how he offered it

Christ a willing and an effectual sacrifice

How Christ executes the office of high-priest

How these mysteries are to be learned

NATURAL: The natural qualifications of Jesus Christ to be our high priest

The peculiar natural qualifications of Christ as our high priest

The second motive, we are sure to speed

Continual supplies of grace essential to our welfare

What this should teach us

CONCLUSION. some lessons to be learned from this text