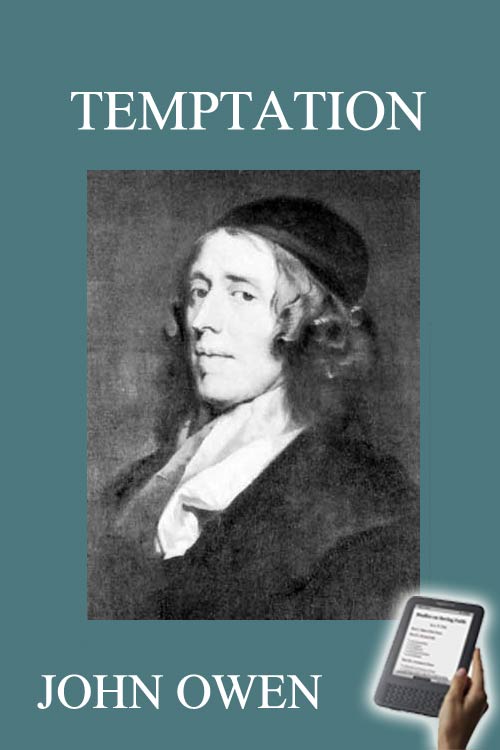 Why another digital edition of this book? First of all, this includes corrections to the widely used digitized version done by Ages Software.1 Second, while this is a restatement and simplification of Owen’s original work; it is not a paraphrase or condensed version. The old English wording has been updated, so that “thee” and “thou” are now “you” and “yours.” The difficult structure and syntax have been simplified. Obscure passages have been reworded as necessary to clarify his ideas – which other modernizations may have left unattended. Little-used words have been replaced with simpler ones as well. Sentences have been shortened, and in many cases split into several sentences for clarity. Parallelism has been employed to maintain rhythm and clarity. Unreferenced pronouns have been made explicit, as have “understood” words. The passive voice has been changed to active in most places. Again, this is not a synopsis, but the entire treatise presented in the original work. As a result, the expository style remains.

The old King James passages of Scripture have often been employed and modernized. This was to ensure that Owen’s rendering of the biblical text would be largely maintained, as well as the textual basis for his statements. Where Owen cites the original Greek, it has been footnoted and Anglicized, with bracketed Strong’s numbers [NT:xxxx]. Referenced but unquoted scriptures are often quoted in footnotes for your convenience; and many unreferenced verses have been referenced in superscripts.

My purpose is to preserve Owen’s original text as much as possible, but more importantly, to make his teaching and wisdom more accessible to a modern audience. It would be a shame if that modern audience could not benefit from his labors because the language was too complex or arcane to comprehend.

I hope the restatement of this small work leads you to discover the means and methods of temptation, the dangers of allowing it a foothold, and the defenses that are available to you, so you will not “enter into temptation.”

If you are in any measure awake in these days in which we live, and have taken notice of the manifold, great, and various temptations with which all sorts of people who know the Lord and profess his name are beset, and to which they are continually exposed, with what success those temptations have met to the unspeakable scandal of the gospel — with the wounding and ruin of innumerable souls — I suppose you will not inquire any further as to other reasons for publishing the ensuing warnings and directions. They are suited to the times that pass over us, and to your own concern in them. I will only say this to those who think it fit to persist in any such inquiry: my first engagement for exposing these meditations to public view arose from the desires of some who affirm the interest of Christ in the world by personal holiness and constant adhering to everything that is made precious by its relation to him. This has given them power over me to require services of greater importance any time they desire. Yet I dare not lay my doing it on that account, if it would intimate in the least that, with respect to the general state of things mentioned, I did not also esteem it timely and necessary myself. The variety of outward providences and dispensations with which I myself have been exercised in this world, along with the inward trials which attended them, added to the observation that I have had the advantages of the ways and walks of others — their beginnings, progressions, and endings, their risings and falls, in their profession and conversation, in darkness and light. These have left such a constant sense and impression of the power and danger of temptations on my mind and spirit, that without other pleas and pretences, I cannot help but own a serious call to men to beware. And to do so with a discovery of some of the most eminent ways and means by which these present temptations prevail. In my own judgement, this has been necessary in this season.

But now, reader, if you are among those who take no notice of these things, or do not care for them — if you have no sense of the efficacy and dangers of temptations in your own walk and profession, and have not observed their power upon others — if you do not discern the manifold advantages that these temptations have in these days in which all things are being shaken — and if you have not been troubled or moved by the sad successes they have had among professors of Christ — but you suppose that all things are well both indoors and out, and would be better if you could obtain fuller satisfaction of some of your lusts in the pleasures or profits of the world — then I desire you to know that I do not write for you, nor do I esteem you a fit reader or judge of what is written here. While all the issues of providential dispensations in reference to the public concerns of these nations are perplexed and entangled, the footsteps of God are lying in the deep, where his paths are not known

— while in particular, unparalleled distress and strange prosperities are measured out to men, yes, to professors of Christ

— while a spirit of error, giddiness, and delusion goes forth with such strength and efficacy, as if it received a commission to go and prosper

— while there are such divisions, strifes, and emulations, attended with such evil surmises, wrath, and revenge, found among brethren

— while the desperate results and products of men’s temptations are seen daily in partial and total apostasy, in the decay of love and overthrow of faith

— while there is a visible declension from reformation seizing upon the professing party of these nations, both as to personal holiness and zeal for the interest of Christ,

anyone who does not understand that an “hour of temptation” has come upon the world, to “test those who dwell upon the earth,” Rev 3.10 is doubtless presently captivated under the power of some woeful lust, corruption, or temptation, or else he is indeed stark blind, and does not know at all what it means to serve God in temptations. I am not dealing with such men at present. The ensuing warning is intended for those who have in general, a sense of these things — who also in some measure are able to consider that the plague has begun — so that they may be further awakened to look around them, lest the infection has approached nearer to them by some secret and imperceptible ways, than they apprehended; or lest they be surprised unawares hereafter by any of those temptations that in these days either waste at noon, or else walk in darkness. The ensuing directions are proposed for consideration by, and for the sake of, those who mourn in secret for all the abominations that are found among and upon those who profess the gospel — those who are, under the conduct of the Captain of their salvation, fighting and resisting the power of temptations, from whatever spring they arise in themselves.

It is the prayer of him who received this handful of seed from Christ’s storehouse and treasury, that our faithful and merciful High Priest, who both suffered and was tempted, and on that account is touched with the feeling of our infirmities,Heb 4.15 would accompany this small discourse with timely supplies of his Spirit, and suitable mercy, for those who will consider it — so that it may be useful to his servants for the ends to which it is designed.