The Sufferings and Glory of the Messiah (eBook) 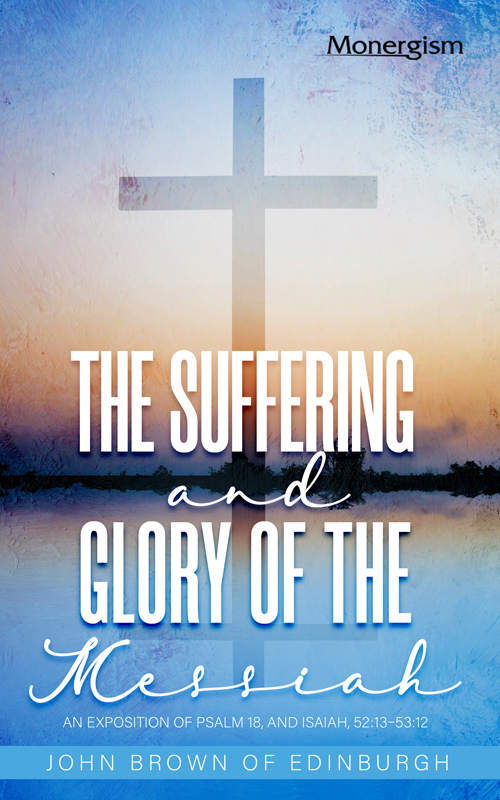 by John Brown of Edinburgh

IT is more than thirty years since the passages of Old Testament Scripture, to the illustration of which the following pages are devoted, first attracted my attention; and the result of inquiry into them, with such helps as were then possessed, was at the time committed to writing. During the long interval which has elapsed, these notes have been repeatedly revised, and such additions and alterations made as were suggested by a further study of the sacred text, and a wider acquaintance with what had been done for its interpretation. Within the last few months, the whole, after a thorough review, has been re-written.

It will appear from the margin, that the original Hebrew, and the principal translations and commentaries, have been constantly before me; and from the text, that, while many interpreters have been respectfully consulted, no one has been slavishly followed. Among the multitude of expositors to whom I have been indebted, Peirce on the Eighteenth Psalm, and Hengstenberg on the Oracle in Isaiah, deserve to be named as my principal benefactors.

In writing on those subjects, as on others, I have indeed consulted all authors from whom I expected assistance, being, as Dr. Donne says, "willing to go all the way with company, and to take light from others, as well in the journey as at the journey's end. And if in the multiplicity of citations there appears vanity or ostentation, my honesty must make my excuse; for I acknowledge with Pliny, 'that to chuse rather to be taken in a theft than to give every man his due, est obnoxii animi et infelicis ingenii.' "

If any light has been thrown on these Divine oracles, and an exemplification given of the right application of the principles of interpretation to the exposition of Scripture, my purpose in this publication will be gained. The object of a great deal of interpretation of Scripture, has been (unconsciously, we doubt not) to find as much as possible of the interpreter's already formed opinions there,—not simply to discover what is there, whether confirmatory or condemnatory of those opinions. It has been my sincere desire to bring out of the inspired words what is really in them, and to put nothing into them that is not really there,—impressed with the conviction, that imaginary exposition is one of the worst ways of adding to "the words of the prophecy of this book," and that he who thus adds to God's word, "deceiving and being deceived," is in great danger of "proving himself a liar." How far I have succeeded where so many have failed, must be determined by the competent judges.

The recurrence of the brief recapitulatory statements may appear in some cases unnecessary; but as the Discourses are not likely to be always, or perhaps usually, read in series, it was thought best that each Lecture should contain in itself what was necessary to its being understood. These resumés are studiously short, and can easily be passed over when they are felt not to be required.

These Expositions are not offered as entirely, or indeed principally, the result of my own personal researches in the wide, and interesting, and difficult field of the Criticism and Interpretation of the Old Testament Scriptures. They are a specimen of what a moderate stock of information on these subjects may do, in enabling a man to turn to account the labors of abler and more learned men. If the book have any merit, it is not that of originality: it is that of the resolution of the principal interpretations into their elements by a careful analysis, and the reconstruction of an exposition of the whole Oracle out of such of those elements as best stood the rather severe trial to which they were exposed. It will not mortify me, to tell me that I have merely compiled an Exposition, if it be but admitted that the compilation is more satisfactory than any one of the originals from which it has been made. If it be not, I have failed in my object; but even in this case, I may not have altogether labored in vain.

In passing through the press, the proof-sheets have had the advantage of the careful supervision of my kinsman, the REV. JOHN B. JOHNSTON of Kirkcaldy.

PART I. AN EXPOSITION OF PSALM 18

LECTURE III: II.—THE MESSIAH'S SUFFERINGS, AND THE EXERCISE OF HIS MIND UNDER THEM - PSALM 18:4–6

LECTURE IV: III—PRETERNATURAL DELIVERANCE OF THE MESSIAH FROM HIS SUFFERINGS - PSALM 18:7–19

LECTURE VII: FATHER VIEWS OF JEHOVAH'S CONDUCT TO THE MESSIAH, HIS PEOPLE, AND HIS ENEMIES - PSALM 18:27–31.

LECTURE III: THE COMPLAINT OF THE PRIMITIVE EVANGELISTS - ISAIAH 53:1.

LECTURE IV: STATEMENT AND PROFESSION OF THE JEWISH CONVERTS - ISAIAH 53:2–4

LECTURE V: STATEMENT AND PROFESSION OF THE JEWISH CONVERTS—CONTINUED - ISAIAH 53:5

LECTURE VI: STATEMENT AND PROFESSION OF THE JEWISH CONVERTS—CONTINUED - ISAIAH 53:6

LECTURE VII: STATEMENT AND PROFESSION OF THE JEWISH CONVERTS—CONTINUED - ISAIAH 53:7

LECTURE VIII: STATEMENT AND PROFESSION OF THE JEWISH CONVERTS—CONTINUED - ISAIAH 53:8, 9

LECTURE IX: STATEMENT AND PROFESSION OF THE JEWISH CONVERTS—CONCLUDED - ISAIAH, 53:10

LECTURE X: THE CLOSING PROCLAMATION OF JEHOVAH, CONFIRMATORY OF THE STATEMENT OF THE JEWISH CONVERTS - ISAIAH, 53:11, 12