The Suffering Savior: Meditations on the Last Days of Christ (eBook) 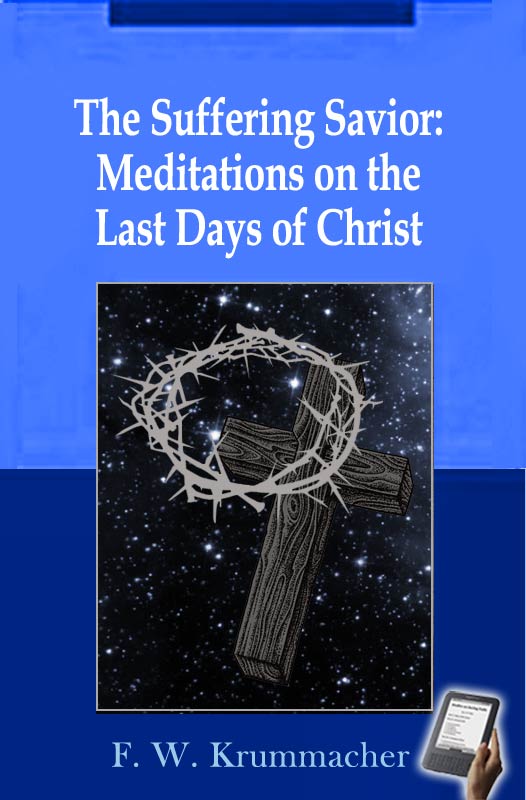 This series of devotional meditations on the final scenes in the life of Christ on earth has been prized by successive generations of Christians ever since its original publication in 1854. Translated almost immediately into English and frequently republished, the book has been described as the greatest single volume of the entire nineteenth century on the last days of Christ’s earthly ministry.

Krummacher organizes his meditations around the structure of the Old Testament tabernacle. The first section, The Outer Court, covers the time from Jesus’ announcement of His approaching death to His discourses on the way to Gethsemane. The central section, the longest, is entitled The Holy Place. It deals with Gethsemane, Judas’ betrayal, Peter’s denial, all the judicial proceedings, Christ's scourging, and the journey to Calvary. The final section, The Most Holy Place, covers the crucifixion itself, Christ's sayings from the cross, His agony and death, and His burial.

This is a book to which all Christians, and especially preachers, will want to return frequently, to have their hearts warmed afresh, and their love to, and zeal for, their Savior rekindled.

Friedrich Wilhelm Krummacher (1796–1868) ranks among the greatest preachers of the nineteenth century. He was the leader in an evangelical revival among the German Reformed Churches of the Rhineland in the 1830s and 40s and became famous throughout Germany as a preacher of outstanding eloquence. He was subsequently called, in 1847, to the pulpit of the famous Trinity Church in Berlin, previously occupied by Friedrich Schleiermacher. His final appointment was as Preacher to the Prussian Court at Potsdam. He was the author of numerous books, including Elijah the Tishbite, Elisha, and the present volume, which is probably his finest and best-known work.

THE OUTER COURT The Announcement

The Entry into Jerusalem

The Institution of the Lord's Supper

The Walk to Gethsemane

The Converse by the Way

The Sword and the Cup

The Fall of Peter

"Prophesy Unto Us, you Christ"

Christ Before the Sanhedrin

The End of the Traitor

The Lamb of God

The Close of the Proceedings

The Way to the Cross

The Daughter's of Jerusalem

THE MOST HOLY PLACE The Crucifixion

The Dividing of the Clothing

The Legacy of Love

"Father, into Your Hands I Commit My Spirit"

The Signs that Followed

The Wound of the Lance 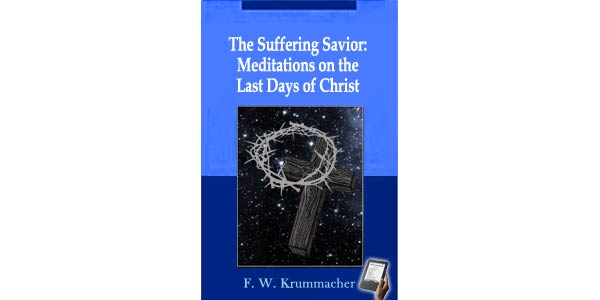