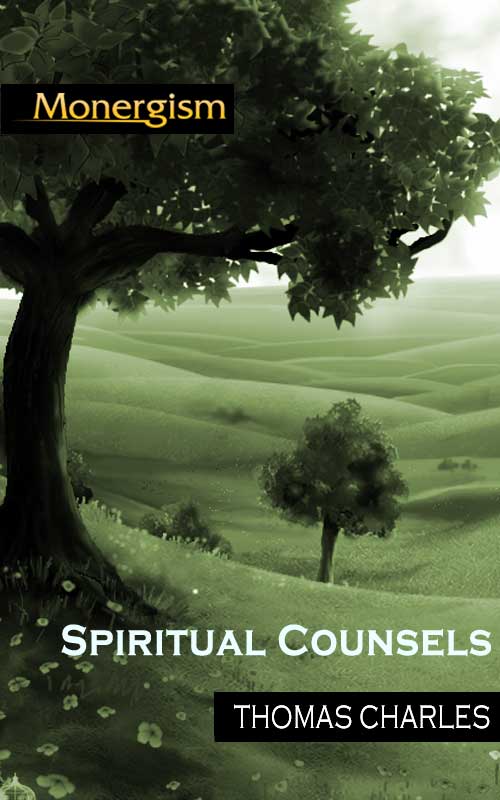 Thomas Charles (14 October 1755 – 5 October 1814) was a Welsh Calvinistic Methodist clergyman of considerable importance in the history of modern Wales.

Charles had been influenced by the great revival movement in Wales, and at the age of seventeen had been converted by a sermon of Daniel Rowland. This was enough to make him unpopular with many of the Welsh clergy, and being denied the privilege of preaching for nothing at two churches, he helped his old Oxford friend John Mayor, now vicar of Shawbury, Shropshire, from October until 11 January 1784. On 25 January he took charge of Llanymawddwy (14 miles from Bala), but was forced to leave after three months, because three influential people, including the rector of Bala, had persuaded his rector to dismiss him. His preaching, his catechizing of the children after evensong, and his connection with the Bala Methodists, his wife's stepfather being a Methodist preacher, gave great offence. After a fortnight more at Shawbury, he wrote to John Newton and another clergyman friend in London for advice. The Church of England denied him employment, and the Methodists desired his services. His friends advised him to return to England, but it was too late. In September, accompanied by Henry Newman (his rector at Shepton Beauchamp and Sparkford), he went on a tour in Caernarfonshire. In December, he was preaching at the Bont Uchel Association; and he joined the Methodists in 1784.

The North of Wales in the 1770s was one of the least Christian parts of Britain. The next three decades brought a transformation akin to that of the apostolic era and at the centre of the change was Thomas Charles, ‘the Lord’s gift to North Wales’.

Debarred from the pulpits of his own denomination, and dependent on his shop-keeper wife at Bala, Charles quietly became the leader of the people (‘Calvinistic Methodists’) whose God-anointed witness gathered thousands to the gospel. This astonishing advance involved Bible distribution, the use of circulating schools, preaching, and publishing. More than all these things, there was an outpouring of the Spirit of God and the most enduring lessons of the period have to do with the quality of spiritual life which was then recovered.

This volume, first published in 1838, shows us both what that life was in Thomas Charles’ own experience and how wisely he taught it to others.

Charles’ main characteristic, said Edward Morgan (his editor), was his large measure of love and humility. His life itself, ‘with heaven in his face’, as men said, was a sermon.

For insight into real, biblical Christianity this book will always be one of the classics of evangelical literature. John Elias’ verdict of many years ago remains true, ‘Whatever proceeds from Mr. Charles is excellent’. This was one of the last books in the hands of Dr. Martyn Lloyd-Jones before his death and it led him to conclude that Thomas Charles ‘is definitely one of the most neglected of the spiritual leaders’.

The Operations of the Holy Spirit

The Benefits of Affliction

The Tares and the Wheat

The Gift and Objects of God's Love

The Sin of Grieving the Spirit

The Infinite Greatness of Jesus!

On Walking with God

Conformity to the Image of God

Feed My Sheep
Greg Bahnsen
God’s Glorious Answer to the Evil of Our Present Day
Scott Christensen
The Salami Tactics that lead to a Church Without Christianity
David Robertson
Does Romans 7 depict a Jew under the law or a believer struggling with sin?
Steven J Lawson, Derek Thomas
Four Ways to Teach Children How to Work
Curated Resources
What Is Spiritual Watchfulness and Why Does It Matter?
Wilhelmus a Brakel
The Reality of Human Trafficking
Rev David P Murray
The Fear of Death and God’s Grip
Jim Elliff
The Logic of Westminster's Confession
Jeffrey Stivason
What Does the Death of Cultural Christianity Cost?
Andrew Walker
Is the Old Testament Unintelligible without the New? Important Considerations on the Relationship between the Testaments
Brad Klassen
Five Suggested Guidelines for Pastors and Church Staff on Social Media
Thom S Rainer
The Most Notable Effects of the First and Second Great Awakenings
Thomas Kidd
We Seek a Better City: The Liberating Power of Christian Hope
David Mathis
Assume the Best of Others: Resilient Love in an Age of Suspicion
Greg Morse
Watson’s Wisdom on Prayer
Donald K McKim
On Masks, Vaccines, and Church Unity
Adam Parker
Martin Luther on Christian Friendship
Austin Hobbs
Michael Youssef’s Views on Woke Pastors; Biblical Liberalism All Over Again
Dr Harry L Reeder III
Explaining Biblical Inerrancy
R C Sproul
Is Critical Race Theory Leading to Catastrophe in the Church?
Voddie Baucham
Trouble of Mind and the Disease of Melancholy (YouTube Audio Book)
Timothy Rogers
A Discourse Concerning Trouble of Mind, and the Disease of Melancholy (eBook)
Timothy Rogers
How to Learn Contentment
J R Miller
Adoption: Meeting a Desperate Need
Dan Cruver
The Deity of Christ
Kim Riddlebarger
Hear Anything Lately About the Wrath of God? The Silence Is Deafening
Kim Riddlebarger
Joseph's Faith in the Face of Death
Kim Riddlebarger
God will not Forsake His Saints
Mike Ratliff
Why I Left The Mormon Church
Curated Resources
Think Small for Big Improvements in Preaching
Jonathan T Pennington
It is finished - John 19:30
Thomas Manton
That Dreadful Cup and Our Faithful Savior
Erik Raymond
Why Have You Forsaken Me?
Charles Wingard
Why Did Jesus Pray 'Let This Cup Pass from Me'?
Dave Jenkins
The Cup of Salvation
James Grant
Jesus in Gethsemane
Dr Knox Chamblin
The Other Cup
Ray Dillard
A Cup of Wrath Poured Out
Kevin DeYoung
The cup which my Father hath given me, shall I not drink it?
Thomas Manton
On the Affections of God
Curated Resources
Truth We Confess: Confessional Integrity and the PCA
David Strain
Christ’s Church
Dr Harry L Reeder III
Amillennial.org
Curated Resources
The Error of Dispensationalism (YouTube)
119 Ministries
Four Ways to Read the Book of Revelation (YouTube)
R C Sproul
A Robbery Committed, And Restitution Made, Both To God And Man
Ebenezer Erskine
The Noetic Effects of Sin
Barry Cooper
Perseverance
Barry Cooper
The Absolute Sovereignty of God Over All
Ray Heiple