The Advantages of Understanding Providence
The Trials and Sufferings of the Godly
The Covenant of Grace in Time and Eternity
We shall see Him as He is!
Books I Read in 2019
Fellowship with the Triune God
Lasting Forgiveness for the Members of the Church!
Distinguishing God’s Will and His Precepts: A Brief Study of Calvin’s Biblical-theological Teaching
Can We Get Meaning and Purpose out of Life by Being a Good Person?
Can a Person Self-Identify as a Homosexual and Continue a Gay Lifestyle and be a Christian?

Some Things to Look For and Wrestle With by J. Ligon Duncan III

I received my first copy 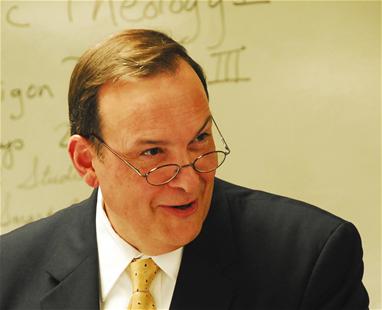 of D. Martyn Lloyd-Jones’ Preaching and Preachers as a gift from a family in my home church as I was just beginning my studies in seminary. My copy was from the fourteenth printing of the first edition. I had been introduced to Lloyd-Jones as a teenager through his Studies in the Sermon on the Mount (my mother had worn bare a copy of the original two-volume edition) and through the preaching ministry of my boyhood pastor who had been deeply edified by Lloyd-Jones’ sermons. Indeed, many of the “Gospel men” in the old Southern Presbyterian Church and in the nascent reforming movements of the early 1970s were profoundly affected by Lloyd-Jones through his preaching at the Pensacola Theological Institute at the McIlwain Presbyterian Church in August of 1969 (as Hurricane Camille was crashing ashore in Mississippi).

I read Lloyd-Jones’ preaching in written form before I read Preaching and Preachers. From the first, I was greatly impacted by the power of his sermons, even in printed form. Sentences and paragraphs from these sermons still grip me, utterly. I only heard audio recordings of his messages later, and the medium of his voice added a layer of effect that I had not been able to appreciate before.

Preaching and Preachers is a very different book from his books of sermons. It was given as a series of lectures, and it bears those marks. But it also bears the marks of a man who spent a lifetime preaching and thinking about preaching. Truly, Lloyd-Jones was one of the great preachers of his age. Even in these talks, the fire breaks through. Over and over again. The lecturer on preaching often becomes the preacher.

I encourage you to be on the lookout for some special aspects of this book. The following still arrest my attention when I reread it. I think that when you read this book, several (at least sixteen!) things will strike you.

1. How much the landscape of the church has changed since Lloyd-Jones mused on the background to the decline of preaching in our time. Nevertheless, his discussion is helpful and thought-provoking.

2. His crystal clear and emphatic definition of the work of church and pastor. “The primary task of the Church and of the Christian minister is the preaching of the Word of God.” He gives an overview and summary of his biblical case for this. His position is widely denied today but deserves reconsideration.

3. His assertion that great preaching always characterizes the great movements in the history of the Church. Reformation and revival, he says, are always attended by great preachers and great preaching.

4. His reflections on the social application of the gospel in relation to the primacy of preaching. Needless to say, this is a timely discussion for evangelicals again today. In connection with this subject, his argument that “the ultimate justification for asserting the primacy of preaching is theological” will supply you ample food for thought.

5. His emphasis on the importance of gathered, corporate, public worship. “Now the Church is a missionary body,” Lloyd-Jones says, “and we must recapture this notion that the whole Church is part of this witness to the Gospel and its truth and its message. It is therefore important that people should come together and listen in companies in the realm of the Church. That has an impact in and of itself.” “The very presence of a body of people in itself is a part of the preaching, and these influences begin to act immediately upon anyone who comes into a service.”

6. His rejection of what he calls “modern substitutes for preaching” (whether debates or discussion groups or conversation). Preaching, he says, “may be slow work; it often is; it is a long-term policy. But my whole contention is that it works, that it pays, and that it is honoured, and must be, because it is God’s own method.”

7. His taxonomy of three types of preaching: (1) evangelistic, (2) instructional-experimental (or experiential), and (3) didactic-instructional. Lloyd-Jones believed all three types were necessary, and all three should be explicitly theological. He fruitfully challenges us in this discussion to be theological in our preaching without turning our preaching into lecturing on theology, and he urges that we preach the Gospel, not preach about the Gospel.

8. His proposition that “a sermon should always be expository.” Lloyd-Jones defines the term “expository” and gives wise counsel on how to go about preparing such a message. This whole section bears thoughtful engagement.

9. His treatment of the preacher’s personality, authority, freedom, exchange, seriousness, liveliness, zeal, concern, warmth, rapport, urgency, persuasiveness, pathos, and power in the act of preaching. This section is solid gold. It is here that he says: “preaching is theology coming through a man who is on fire” and that the chief end of preaching is “to give men and women a sense of God and His presence.”

10. His negative assessment of “lay-preaching” and his counsel on what constitutes a call to ministry. Accompanying this section are useful remarks on the training and preparation of preachers and what they need to know to do their work. Along the way, homiletics classes come in for a pounding!

11. His discussion of “the pew” wrongly controlling “the pulpit” is fascinating. We can make all sorts of mistakes when we try too hard to read the congregation. But Lloyd-Jones is remarkably balanced in this: “I would lay it down as being axiomatic that the pew is never to dictate to, or control, the pulpit. This needs to be emphasized at the present time. But having said that, I would emphasize equally that the preacher nevertheless has to assess the condition of those in the pew and to bear that in mind in the preparation and delivery of his message.”

13. His urging that the need for more than one service on Sunday, for “all the people who attend a church need to be brought under the power of the Gospel.” Lloyd-Jones believed the congregational attitude should be, “I want as much of the Word of God, the presence of the Lord, the worship of God as I can get.” Surely this bears contemplation in our “one hour a week” era of Christian worship.

14. His wise counsel. “Keep the music in its place. It is handmaiden, a servant, and it must not be allowed to dominate or to control in any sense.” This is guidance more needed today than ever before.

15. His encouraging words about “the romance of preaching” may well provide a new hope and spark a new flame in tired preachers’ hearts. He reflects on the incomparable feeling of preaching the Word of God to your own people, never knowing when the message is going to unfold in ways you didn’t expect even as you preach it, and never knowing when God is going to change someone’s life using words that you are privileged to speak for him.

16. His emphasis on the unction or anointing of the Spirit. “What is this? It is the Holy Spirit falling upon the preacher in a special manner. It is an access of power. It is God giving power, and enabling, through the Spirit, to the preacher in order that he may do this work in a manner that lifts it up beyond the efforts and endeavours of man to a position in which the preacher is being used by the Spirit and becomes the channel through whom the Spirit works.”

You may argue with Lloyd-Jones from time to time as you read (I do!), but you will always find him a worthy and rewarding conversation partner. More than that, he is a wise mentor. If you are new to the task of preaching, simply engaging with Lloyd-Jones will be a good, shaping, directing exercise in the formation of your practice of preaching. And if you have been long at the task and are now weary in the work of preaching, you may remember some things that you thought you’d long forgotten and feel a renewed passion to proclaim the Gospel and preach the cross and minister the Word.

The Advantages of Understanding Providence
Old Testament Redemptive-Ethical Concessions
Nicholas T Batzig
A Crash Course in Christian Doctrine
Lindsey Medenwaldt
Recognizing Critical Theory
Matt Kennedy
DNA Repair, Fish Shape, Epigenetics: Science Advances, Darwin-Free
Evolution News
15 Questions for Evolutionists
Don Batten
One of the Most Overlooked Reasons Why We Should Trust the Bible
Michael J Kruger
A Christian School Caught in the Act of Being a Christian School
Albert Mohler
A New Model for Intergenerational Discipleship
Ben Hein
How Can I Deepen My Understanding of My Own Sinfulness? (YouTube)
H.B. Charles Jr.
A Unity That Is Evident to the World
R C Sproul
What is the best way to grow spiritually as a Christian? (YouTube)
H.B. Charles Jr.
How Christ Is the Centre of Scripture
Wyatt Graham
Hell to Pay: What Truly Happened to Jesus on the Cross?
Nicholas T Batzig
How to Help Your Kids Read the Bible
Chris Morphew
Two Ways We Get the Gospel Wrong, One Way to Get It Right
Timothy W. Massaro
Why Did Jesus Compare God’s Kingdom to a Mustard Seed and Leaven?
Zachary Keele
4 Important Things to Remember If You Are a Doubting Believer
Nicholas T Batzig
Talking about the Church…
Nicholas T Batzig
The Affectionate Pastor
Nicholas T Batzig
The Greatest Commandment in a Pluralistic Age - Deuteronomy 12:1-7 (YouTube)
D A Carson
‘Progressive’ Churches Return to Seeker-Sensitive Model
Dustin Messer
The Countries Where It’s Most Dangerous to Be a Christian in 2020
Joe Carter
A Triple Rejoicing - Romans 5:1-11 (MP3)
Dr Sinclair B Ferguson
The Greatness of God - Romans 11:33-36 (MP3)
Steven J Lawson
The Sovereignty of Salvation, Part 1 - Romans 8:28–29 (MP3)
Steven J Lawson
Marks of a Good Sermon Outline
H.B. Charles Jr.
Preaching Primer: Expository Exultation
Rev David P Murray
Preaching Checklist
Rev David P Murray
Help! I’m Struggling to Strike a Work/Life Balance
Rev David P Murray
The Problem With Gender Self Identification
Matt Fuller
What Does ‘This Rock’ Refer to in Matthew 16:18?
Gregg R Allison
Max Lucado's Endorsement of Jen Hatmaker: What it Means and Why it Matters
Alisa Childers
Christ in All the Scriptures! - Luke 24:44; 1 Corinthians 10:6-11 (MP3)
Steven J Lawson
Our Sovereign King! - Psalm 22 (MP3)
Steven J Lawson
Living for Another World, Part 2 - 1 John 3:1-3; Collosians 3:1-4 (MP3)
Steven J Lawson
Standing for the Truth! - John 17:17 (MP3)
Steven J Lawson
The Trials and Sufferings of the Godly
Recovering the Exclusivity of the Gospel Pt. 2
Jason Allen
Salvation in No Other Name: Recovering the Exclusivity of the Gospel Pt. 1
Jason Allen
How a Fifth-Century Church Father Saved My Faith
Alisa Childers
Is It Unloving to Speak of Hell?
Randy Alcorn
Theological Primer: The Existence of God
Kevin DeYoung
Help! I’m Struggling to Strike a Work/Life Balance
Rev David P Murray
Bringing our Children to the Table
Nicholas T Batzig
Death Was Crushed by Weakness The Wondrous Power of the Cross
Marshall Segal
Access to God (Romans 5:2)
Daniel M Doriani
The Lost Sheep of the House of Israel
Mark Johnston
When My Parents Aren’t Christians
Andrew Kerr
Discerning and Stewarding God’s Call for My Life
Fred Greco