Short Treatise on the Supper of Our Lord (eBook) 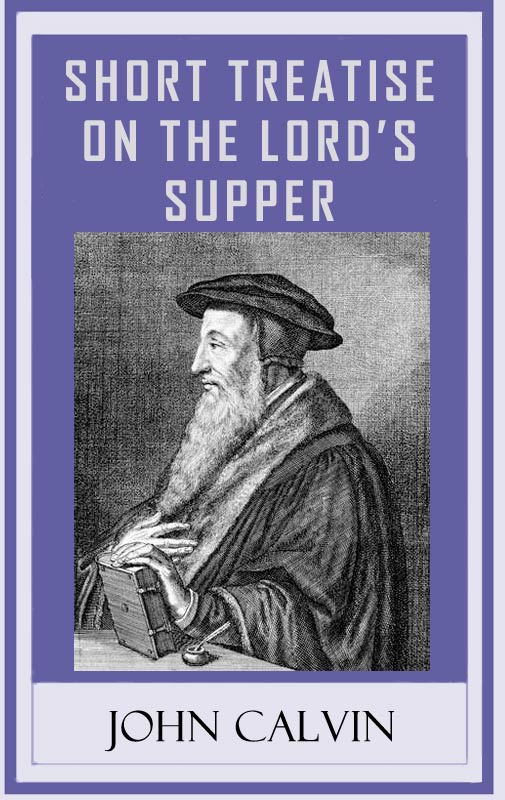 LITTLE NEED BE SAID BY WAY OF EXPLANATION OF THE Short Treatise, since it carries within itself its own exposition. In the Editions of the Institutes of 1536 and 1539, as well as in the earlier Catechism referred to in the preface to the Catechism published in this volume, Calvin had already set forth his views on the nature of the Holy Supper. But the time was ripe for something more and other. The controversy between Lutherans and Zwinglians raged bitterly, and deeply agitated the minds of ordinary people. There was room, as C.R. puts it, for a little book specially written in his native French, to show calmly and clearly a middle way between the contending parties. The Treatise was written in 1540, and seems to have been, after some difficulty in finding a printer, published in Geneva the next year.

Calvin's doctrine is expounded with the utmost clarity here, and in its main outline is repeated in other much longer and more controversial works but not with equal lucidity. He puts aside the view that the elements of the Holy Supper are bare signs, figures or symbols; on the other hand, as appears with greater emphasis elsewhere, he turns his face against any view that would so tie the body of Christ to the elements as to subject it to being consumed by unworthy communicants. He affirms a true and real presence of Christ in the elements. Those enjoy this presence and all allied blessings who, complying with the primitive eucharistic injunction, lift up their minds and hearts on high, and so, not stopping at the visible signs, partake of the gifts Christ crucified procured and Christ exalted dispenses.

Almost as notable as the firm precision of the contents of the Treatise, is the dispassionate and conciliatory tone in which reference is made to the parties contending within the Reformed Church. It is a tone, one must concede, that is not maintained in all his later controversial writings. Here, however, his express aim is to explain if not to justify the sharpness of the debate to those pained by the appearance of controversy, and this apologetic purpose is admirably advanced by the eirenic tone in which the whole is couched.

Textual variations in this Treatise are inconsiderable, in the sense that the meaning is never once in doubt. Nor has it often seemed worthwhile to draw attention to them.

Here, as elsewhere, shorter paragraphs have been introduced, and for ease in following the course of the argument the divisions referred to by Calvin in the text have been marked as separate sections. (See C.R. V, xlix.)

I: Reason for the Institution of the Holy Supper

II: Benefits of the Holy Supper

III. The Right Use of the Sacrament