Serious Errors in Dr. William Lane Craig’s positions on the Trinity and the Incarnation 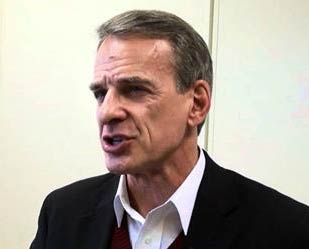 William Lane Craig – Introduction (1)
Recently, I have noticed a flare-up of interest in philosopher and apologist William Lane Craig among young Reformed Christians in various circles I run in. I have been investigating Dr. Craig’s apologetics and theology on and off for close to seven years now. Because of what I have identified as serious errors in Dr. Craig’s positions on the Trinity and the Incarnation, I think that … END_OF_DOCUMENT_TOKEN_TO_BE_REPLACED

William Lane Craig – Anti-Realism (2)
As I mentioned in my introductory post, I have embarked on a project to assess and critique the Trinitarian and Christological theology of William Lane Craig. The errors, in my opinion, are grave enough to render him a teacher that Reformed Christians should not emulate, even in part. In today’s post, we will discuss Dr. Craig’s Metaphysic of Anti-Realism and observe the deficiencies it produces … END_OF_DOCUMENT_TOKEN_TO_BE_REPLACED

William Lane Craig – Partialism (3)
In the last post, we discussed how Dr. Craig’s self-described anti-realism flows contrary to the metaphysical assumptions which undergird the Church’s historical articulation of the doctrines of the Trinity (Nicaea 325 and Constantinople 381) and the Hypostatic Union (Chalcedon 451). This leads him to argue that the Trinity itself is the only “instance of the Divine Nature.” (Moreland and Craig 2003) I argued that this … END_OF_DOCUMENT_TOKEN_TO_BE_REPLACED

William Lane Craig – Unitarianism (4)
Last time, we talked about how Dr. Craig’s position of anti-realism undermines the fundamental unity of the Godhead. It does this by functionally denying that such natures exist are a thing considered differently than persons. Where classic orthodox trinitarianism relies on the idea that natures, or ousiai, exist and that persons, or hypostases, are more-or-less instances of a given category of ousiai… Craig denies this … END_OF_DOCUMENT_TOKEN_TO_BE_REPLACED

William Lane Craig – Neo-Apollinarianism (5)
In the previous entries in this series, we have seen how Dr. Craig’s denial of realism (a position he calls anti-realism, rather than nominalism) has led him down the path of partialism (in which the three persons are not properly unified) and unitarianism (in which he implicitly treats the Trinity as though it were a hypostasis, and that hypostasis is the one true God, with … END_OF_DOCUMENT_TOKEN_TO_BE_REPLACED

William Lane Craig – The Duplicitous Langage of Proposal (5.5)
Recently, Dr. Craig spoke on his podcast about his Christological Position. This was in response to an article forwarded to him from Richard Bushey titled Does William Lane Craig Have An Orthodox Christology? Some have asked me why this series has stalled out, wondering if I am done with my critique. I am not, but given that the second edition of Philosophical Foundations for a Christian Worldview … END_OF_DOCUMENT_TOKEN_TO_BE_REPLACED

William Lane Craig – Theopaschitism (6)
As we have seen previously, William Lane Craig holds to a view which he calls Neo-Apollinarianism. Although he claims that this is only a proposal, and thus claims a sort of theological immunity regarding its heretical implications, I don’t believe we should let him off the hook quite so easily. To briefly review, Neo-Apollinarianism is a slight modification on the classical heresy named after Apollinaris, Apollinarianism. The … END_OF_DOCUMENT_TOKEN_TO_BE_REPLACED