The Sanctifying Work of the Holy Spirit (eBook) 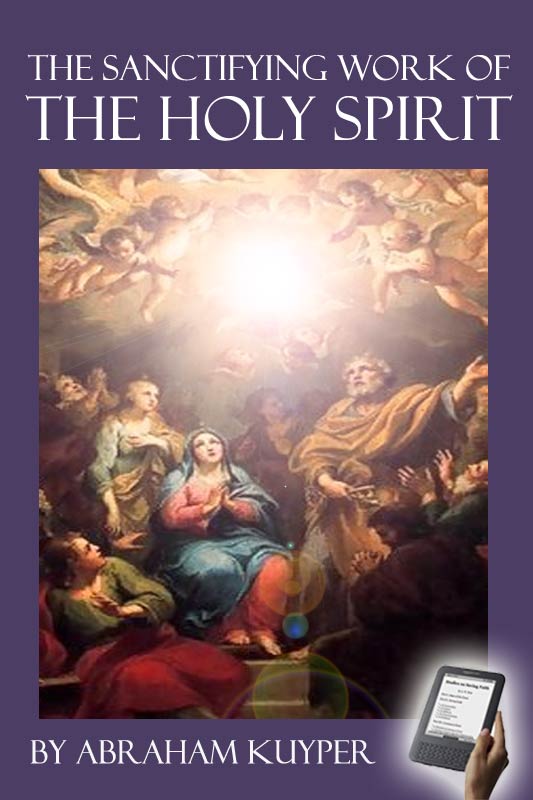 Sanctification as a gift of grace refers to a man's personal holiness. As the divine holiness is God's exaltation above, and angry recoil from all impurity and defilement, so is human holiness man's essential disposition by which spontaneously he loves purity and hates the unclean. Victory over temptation after a long and painful conflict, in which our feet had wellnigh slipped, is not holiness.

Holiness signifies a disposition, an inherent quality, or, by another manner of speaking, a tint or shade adopted by the soul, so that the heart's evil manifestations and Satan's wicked whisperings fill us with positive horror. As the musically trained ear is painfully affected by a dissonance as it vibrates along the shuddering auditory nerve, while the unmusical ear never perceives the offense against the purity of tone, so is the difference between the sanctified and the unsanctified. Whatever the world's moral dissonances may be, they fail to affect the ungodly, who even praise the music; but they distress the saint whose soul delights in the harmony of holy concord.

God alone is holy. There is no holiness but that which descends from Him, the Fountain of all good, hence of all holiness. Mere human holiness is a counterfeit, an attack upon God's honor of being the sole and only Fountain of all good. It is the creature's effort to be equal with God, and as such essential sin. Nay, man's holiness must be the divinely implanted disposition, stirring his entire being to love what God loves, not from his own taste, but for His Name's sake.

But the sinner has lost this holiness. It is his misery that every expression of his being is naturally in collision with the will of God; whose holiness does not attract, but repels him. And mere regeneration does not sanctify his inclination and disposition; nor is it able of itself to germinate the holy disposition. But it requires the Holy Spirit's additional and very peculiar act, whereby the disposition of the regenerated and converted sinner is brought gradually into harmony with the divine will; and this is the gracious gift of sanctification.

II. Sanctification Is a Mystery.

VIII. Sanctification in Fellowship with Immanuel

XI. The Pietist and the Perfectionist.

XII. The Old Man and the New.

XIII. The Work of God in Our Work.