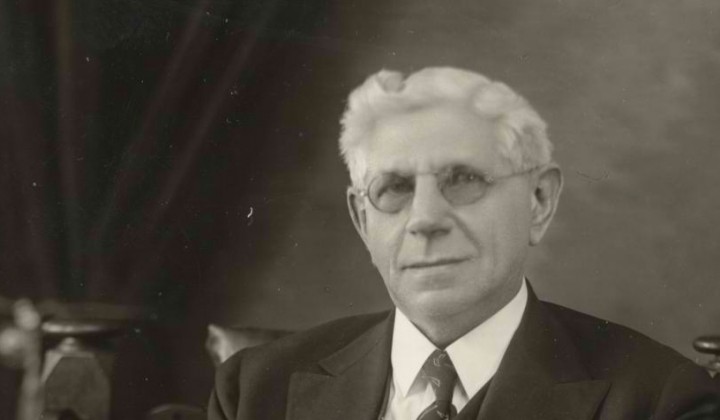 Sanctification and good works are most intimately related. Just as the old life expresses itself in works of evil, so the new life, that originates in regeneration and is promoted and strengthened in sanctification, naturally manifests itself in good works. These may be called the fruits of sanctification, and as such come into consideration here.

1. The nature of good works.

a. Good works in the specifically theological sense. When we speak of good works in connection with sanctification, we do not refer to works that are perfect, that answer perfectly to the requirements of the divine moral law, and that are of such inherent worth as to entitle one to the reward of eternal life under the conditions of the covenant of works. We do mean, however, works that are essentially different in moral quality from the actions of the unregenerate, and that are the expressions of a new and holy nature, as the principle from which they spring. These are works which God not only approves, but in a certain sense also rewards. The following are the characteristics of works that are spiritually good: (1) They are the fruits of a regenerate heart, since without this no one can have the disposition (to obey God) and the motive (to glorify God) that is required, Matt. 12:33; 7:17,18. (2) They are not only in external conformity with the law of God, but are also done in conscious obedience to the revealed will of God, that is, because they are required by God. They spring from the principle of love to God and from the desire to do His will, Deut. 6:2; I Sam. 15:22; Isa. 1:12; 29:13; Matt. 15:9. (3) Whatever their proximate aim may be, their final aim is not the welfare of man, but the glory of God, which is the highest conceivable aim of man's life, I Cor. 10:31; Rom. 12:1; Col. 3:17,23.

b. Good works in a more general sense. Though the term "good works" is generally used in theology in the strict sense just indicated, it remains true that the unregenerate can also perform works that may be called good in a superficial sense of the word. They often perform works that are in outward conformity with the law of God and may be called objectively good, in distinction from flagrant transgressions of the law. Such works answer to a proximate aim that meets with the approval of God. Moreover, in virtue of the remains of the image of God in the natural man and of the light of nature, man may be guided in his relation to other men by motives which are laudable and in so far bear the stamp of God's approval. Those good works, however, cannot be regarded as fruits of the corrupt heart of man. They find their explanation only in the common grace of God. Furthermore, we should bear in mind that, though these works can be called good in a certain sense and are so called in the Bible, Luke 6:33, they are yet essentially defective. The deeds of the unregenerate are divorced from the spiritual root of love to God. They represent no inner obedience to the law of God and no subjection to the will of the sovereign Ruler of heaven and earth. They have no spiritual aim, since they are not performed for the purpose of glorifying God, but only bear on the relations of the natural life. The real quality of the act is, of course, determined by the quality of its final aim. The ability of the unregenerate to perform good works in some sense of the word has often been denied. Barth goes one step further when he goes to the extreme of denying that believers can do good works, and asserts that all their works are sins.

2. The meritorious character of good works. Even from the earliest ages of the Christian Church there was a tendency to ascribe a certain merit to good works, but the doctrine of merit was really developed in the Middle Ages. At the time of the Reformation it was very prominent in Roman Catholic theology and was pushed to ridiculous extremes in practical life. The Reformers at once joined issue with the Church of Rome on this point.

a. The position of Rome on the point in question. The Roman Catholic Church distinguishes between a meritum de condigno, which represents inherent dignity and worth, and a meritum de congruo, which is a sort of quasi-merit, something fit to be rewarded. The former attaches only to works done after regeneration by the aid of divine grace, and is a merit which intrinsically deserves the reward it receives from the hand of God. The latter attaches to those dispositions or works which a man may develop or do before regeneration, in virtue of a mere prevenient grace, and is a merit which makes it congruous or fitting for God to reward the agent by infusing grace into his heart. Since the decisions of the Council of Trent are rather dubious on this point, there is some uncertainty, however, as to the exact position of the Church. The general idea seems to be that the ability to perform good works in the strict sense of the word springs from grace infused into the sinner's heart for the sake of Christ; and that afterwards these good works merit, that is, give man a just claim to, salvation and glory. The Church goes even farther than that, and teaches that believers can perform works of supererogation, can do more than is necessary for their own salvation and can thus lay by a store of good works, which may accrue to the benefit of others.

b. The Scriptural position on this point. Scripture clearly teaches that the good works of believers are not meritorious in the proper sense of the word. We should bear in mind, however, that the word "merit" is employed in a twofold sense, the one strict and proper, and the other loose. Strictly speaking, a meritorious work is one to which, on account of its intrinsic value and dignity, the reward is justly due from commutative justice. Loosely speaking, however, a work that is deserving of approval and to which a reward is somehow attached (by promise, agreement, or otherwise) is also sometimes called meritorious. Such works are praiseworthy and are rewarded by God. But, however this may be, they are surely not meritorious in the strict sense of the word. They do not, by their own intrinsic moral value, make God a debtor to him who performs them. In strict justice the good works of believers merit nothing. Some of the most conclusive passages of Scripture to prove the point under consideration are the following: Luke 17:9,10; Rom. 5:15-18; 6:23; Eph. 2:8-10; II Tim. 1:9; Tit. 3:5. These passages clearly show that believers do not receive the inheritance of salvation because it is due to them in virtue of their good works, but only as a free gift of God. It stands to reason also that such works cannot be meritorious, for: (1) Believers owe their whole life to God and therefore cannot merit anything by giving God simply what is His due, Luke 17:9,10. (2) They cannot perform good works in their own strength, but only in the strength which God imparts to them from day to day; and in view of that fact they cannot expect the credit for these works, I Cor. 15:10; Phil. 2:13. (3) Even the best works of believers remain imperfect in this life, and all good works together represent only a partial obedience, while the law demands perfect obedience and can be satisfied with nothing less, Isa. 64:6; Jas. 3:2. (4) Moreover, the good works of believers are out of all proportion to the eternal reward of glory. A temporal and imperfect obedience can never merit an eternal and perfect reward.

3. The necessity of good works. There can be no doubt about the necessity of good works properly understood. They cannot be regarded as necessary to merit salvation, nor as a means to retain a hold on salvation, nor even as the only way along which to proceed to eternal glory, for children enter salvation without having done any good works. The Bible does not teach that no one can be saved apart from good works. At the same time good works necessarily follow from the union of believers with Christ. "He that abideth in me and I in him, the same beareth much fruit," John 15:5. They are also necessary as required by God, Rom. 7:4; 8:12,13; Gal. 6:2, as the fruits of faith, Jas. 2:14,17,20-22, as expressions of gratitude, I Cor. 6:20, unto the assurance of faith, II Peter 1:5-10, and to the glory of God, John 15:8; I Cor. 10:31. The necessity of good works must be maintained over against the Antinomians, who claim that, since Christ not only bore the penalty of sin, but also met the positive demands of the law, the believer is free from the obligation to observe it, an error that is still with us to-day in some of the forms of dispensationalism. This is a thoroughly false position, for it is only the law as a system of penalty and as a method of salvation that is abolished in the death of Christ. The law as the standard of our moral life is a transcript of the holiness of God and is therefore of permanent validity also for the believer, though his attitude to the law has undergone a radical change. He has received the Spirit of God, which is the Spirit of obedience, so that, without any constraint, he willingly obeys the law. Strong sums it up well, when he says: Christ frees us "(1) from the law as a system of curse and penalty; this He does by bearing the curse and penalty Himself . . . ; (2) from the law with its claims as a method of salvation; this He does by making His obedience and merits ours . . . ; (3) from the law as an outward and foreign compulsion; this He does by giving us the spirit of obedience and sonship, by which the law is progressively realized within."295

Questions for further study: How was theocratic, related to ethical, holiness among Israel? How were the ritual purifications related to sanctification? Who is the subject of sanctification, the old man or the new, or neither of the two? Does sanctification in this life affect all parts of man equally? Where does the process of sanctification begin? Do all Christians experience a steady progress in sanctification? What is the difference between sanctification and moral improvement? Does the fact that sanctification is never complete in this life necessarily lead to the doctrine of purgatory, or to that of the continuation of sanctification after death? How did Wesley conceive of "entire sanctification"? Does Barth also ascribe holiness as an ethical quality to the believer? What Scripture proof is there that the Christian is not free from the law as a rule of life? Do Protestants in general teach that good works are not necessary? How do Roman Catholics and Protestants differ as to the necessity of good works? Is it wise to say without any qualification that good works are necessary unto salvation? If all Christians inherit eternal life, in what sense will their good works be the standard of their reward?

From Systematic Theology by Louis Berkhof