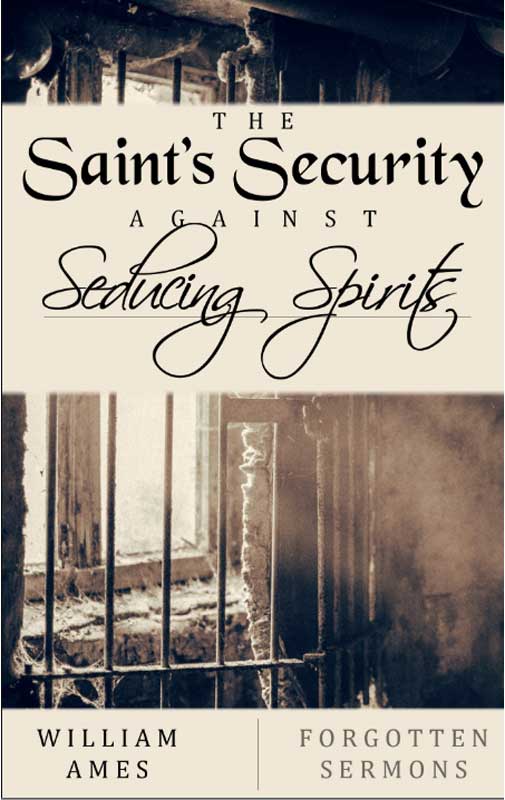 Some who have been judicious spectators of those uncharitable quarrels, which have broken forth in these latter days, amongst professors, have been ready to conclude, that either men have not understood that thing which Religion signifies, or else they have abused the name of Religion, making it serve to advance themselves, and promote some worldly design: And if they shall consider the power of unmortified lusts in the hearts of wicked men emboldened by the advantage of such general dissensions, it will not be so great a wonder to see many cast off God and holiness, as to see any keeping the faith, and cleaving unto Christ in such an hour of temptation.

One great snare, that the Devil hath laid to entangle souls, hath been, to put them upon it to call every thing into question; which hath been the more dangerous, because such enquiry doth pretend to ingenuity, and is like that Tree of Knowledge, a tree to be desired to make one wise, and certainly it is far better to be humbly and modestly inquisitive, than popishly and sottishly ignorant, for the wise man’s eyes are in his head, but the fool destroys himself by a strange implicit faith, and blind obedience: But when a proud spirit shall become one of those hesitating questionists, how will he vaunt and triumph in his conceits, as if he had posed and non-plussed truth it self: When such a one is gotten into this strong hold, what will not his bold confidence dare to question?

And although he might consider that a fool may ask more questions than ten wise men can answer, yet still he persisteth in vain interrogatories; And such is the disturbance of his mind occasioned by the pride and wickedness of his heart, that let the most clear and pertinent reply be made to his demands; yet is he wholly indisposed to receive satisfaction. Thus is the poor, but proud and insulting skeptic, at once really the Devil’s bondslave, and conceitedly his own freeman.

When I was, by your Order, called to this public service, many things of this kind did press in upon me, and the greatest impression that I could perceive my spirit was, to speak something, that, by the blessing of God, tend to the vindication of the truth of Religion, from the malicious, but frivolous affronts of profane, yet cunning men; and I could not find out a more direct means to this end, than by an appeal to the common sense of all regenerate souls, which I have done in the following discourse, according to the measure of the gift received, the effects whereof I heartily desire may be these two:

First, for ever to silence that Machiavellian blasphemy, that Religion is nothing but a political engine, and that there is no such thing indeed any where to be found. There are those in the world, who in a true spiritual sense, have heard with their ears, and seen with their eyes, and handled with their hands of the word of life; And it is to be feared, that those souls, which deny, that there is any Religion abroad, are wholly devoid of it within themselves. Religion is not a chimaera or notion, but a real thing in the hearts and lives of good men.

Secondly, to stir up and awaken professors, that they rest not satisfied in any outward form, without the inward life and power of Religion. Oh! be not contented to serve in the oldness of the letter, but in the newness of the spirit. We have raised such a dust by our disputes in lesser matters, and by our espousing such trivial quarrels, that we have almost lost our Christ, and alienated our affections from our first husband. It is time for us now to call forth that primitive spirit of love and purity, if by any means we might remove the scandal of our contentions, and exhort one another so much the more, as we see the day approaching.

After you had patiently given this Sermon the hearing, you were pleased to importune the publication thereof, whereby your selves and others might the better perpend, and truly examine what is therein contained; which request of your Honours I could not easily deny, but have accordingly performed, and do here tender it to your Christian acceptance, with hopeful confidence, that seeing for the truth’s sake, it found such unexpected entertainment at your ear, it shall not be despised at the more severe tribunal of your eye.

Now, that good spirit of Jesus Christ open the eyes of your minds, that you may see and approve things that are excellent, and persuade your hearts to receive the truth in the love of it, and direct your steps to walk in the paths of mercy and truth, that you may be saved.

SO PRAYETH,
YOURS AND THE CHURCH’S SERVANT IN THE GOSPEL, 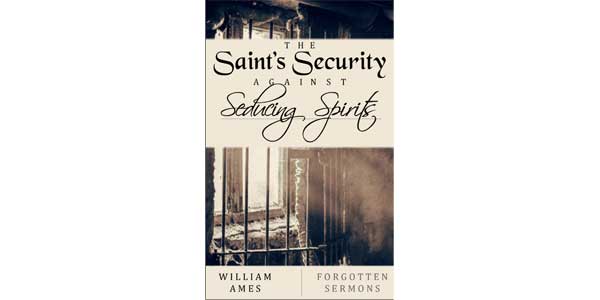 It is finished - John 19:30
Thomas Manton
That Dreadful Cup and Our Faithful Savior
Erik Raymond
Why Have You Forsaken Me?
Charles Wingard
Why Did Jesus Pray 'Let This Cup Pass from Me'?
Dave Jenkins
The Cup of Salvation
James Grant
Jesus in Gethsemane
Dr Knox Chamblin
The Other Cup
Ray Dillard
A Cup of Wrath Poured Out
Kevin DeYoung
The cup which my Father hath given me, shall I not drink it?
Thomas Manton
On the Affections of God
Curated Resources
Truth We Confess: Confessional Integrity and the PCA
David Strain
Christ’s Church
Dr Harry L Reeder III
Amillennial.org
Curated Resources
The Error of Dispensationalism (YouTube)
119 Ministries
Four Ways to Read the Book of Revelation (YouTube)
R C Sproul
A Robbery Committed, And Restitution Made, Both To God And Man
Ebenezer Erskine
The Noetic Effects of Sin
Barry Cooper
Perseverance
Barry Cooper
The Absolute Sovereignty of God Over All
Ray Heiple
The Westminster Confession and Good and Necessary Consequence
Stephen Unthank
Platforms, Polemics, and Pastoral Ministry
Nicholas T Batzig
Fellowship With God (eBook)
Hugh Binning
Pitiful Pride
Carl Trueman
Rich and Miserable — How Can It Be?
Scott Sauls
Do Not Love the World - 1 John 2:12–17 (MP3)
Dr. John MacArthur
The State of Our Dis-Union Symposium (YouTube Lecture Series)
Peter Jones, Thaddeus Williams, Dr. Joseph Boot, Mark Robinson
Christ and the Inheritance of the Saints (eBook)
Thomas Guthrie
Fire and Brimstone in Hell to Burn the Wicked (eBook)
Thomas Vincent
Holy Power for Imperfect Preachers
Ray Ortlund
A Most Offensive Love: The Hard Sayings of a Kind Savior
Joe Rigney
Mugged by Reality
Sharon James
An Interview with Rod Dreher on Soft Totalitarianism
Andrew Walker
The Beautiful Meaning of Marital Sexual Intimacy
Curated Resources
Is Complementarianism a Man-Made Doctrine?
Denny Burk
A Biological Survey and Theological Reflection on Sexual Dimorphism
Curated Resources
A Cultural History of Fatherhood & Its Retrieval
Michael Haykin
The Mystery of Providence (flip book)
John Flavel
What is a Church Member?
Willem Apollonius
Christ in the Clouds Coming to Judgment
Ebenezer Erskine
A pastor’s response to “Will I be fully accepted at your church as a gay man?”
David E Prince
Do Not Fear Christian, You Have the Holy Spirit
Chris Gordon
Making Jesus into Your Own Image
Chris Gordon
Jesus Said Nothing About Homosexuality?
W L Bredenhof
Nine Ways to Kill Sin in Your Life
Chris Gordon
What’s Wrong with Our Church Praise Music?
Chris Gordon
Does the Bible Support Female Deacons? No.
Guy Waters
You Are Not You Without Him
Scott Hubbard
What Job Teaches Us About Endurance
Rev. Dr. Hywell Jones
Making Bricks For Evangelical Pharaohs
Steve McAlpine
The Life and Influence of John Flavel
Curated Resources