Regeneration or the New Birth (eBook) 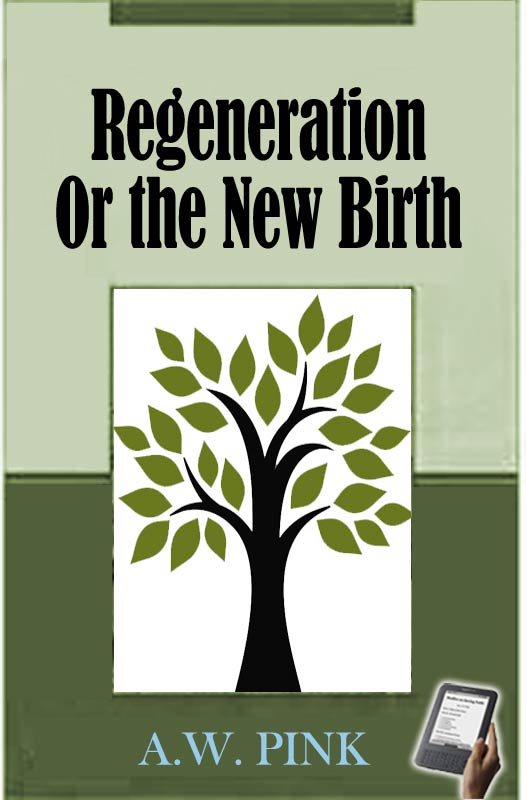 Two chief obstacles lie in the way of the salvation of any of Adam’s fallen descendants: bondage to the guilt and penalty of sin, bondage to the power and presence of sin; or, in other words, their being bound for Hell and their being unfit for Heaven. These obstacles are, so far as man is concerned, entirely insurmountable. This fact was unequivocally established by Christ, when, in answer to His disciples’ question, "Who then can be saved?", He answered, "with men this is impossible." A lost sinner might more easily create a world than save his own soul. But (forever be His name praised), the Lord Jesus went on to say, "with God all things are possible" (Matt. 19:25, 26). Yes, problems which completely baffle human wisdom, are solvable by Omniscience; tasks which defy the utmost efforts of man, are easily accomplished by Omnipotence. Nowhere is this fact more strikingly exemplified than in God’s saving of the sinner.

As intimated above, two things are absolutely essential in order to salvation: deliverance from the guilt and penalty of sin, deliverance from the power and presence of sin. The one is secured by the meditorial work of Christ, the other is accomplished by the effectual operations of the Holy Spirit. The one is the blessed result of what the Lord Jesus did for God’s people; the other is the glorious consequence of what the Holy Spirit does in God’s people. The one takes place when, having been brought to lie in the dust as an empty-handed beggar, faith is enabled to lay hold of Christ, God now justifies from all things, and the trembling, penitent, but believing sinner receives a free and full pardon. The other takes place gradually, in distinct stages, under the Divine blessings of regeneration, sanctification, and glorification. In regeneration, indwelling sin receives its death-wound, though not its death. In sanctification, the regenerated soul is shown the sink of corruption that dwells within, and is taught to loathe and hate himself. At glorification both soul and body will be forever delivered from every vestige and effect of sin.

Now a vital and saving knowledge of these Divine truths can not be acquired by a mere study of them. No amount of pouring over the Scriptures, no painstaking examination of the soundest doctrinal treatises, no exercise of the intellect, is able to secure the slightest spiritual insight into them. True, the diligent seeker may attain a natural knowledge, an intellectual apprehension of them, just as one born blind may obtain a notional knowledge of the colorings of the flowers or of the beauties of a sunset, but the natural man can no more arrive at a spiritual knowledge of spiritual things, than a blind man can a true knowledge of natural things, yea, than a man in his grave can know what is going on in the world he has left. Nor can anything short of Divine power bring the proud heart to a felt realization of this humbling fact; only as God supernaturally enlightens, is any soul made conscious of the awful spiritual darkness in which it naturally dwells.

The truth of what has just been said is established by the plain and solemn declaration of 1 Corinthians 2:14, "But the natural man receiveth not the things of the Spirit of God: for they are foolishness unto him; neither can he know them, because they are spiritually discerned." Alas that so many evade the sharp point of this verse by imagining that it applies not to them, mistaking an intellectual assent to spiritual things for an experimental acquaintance of them. An external knowledge of Divine truth, as revealed in Scripture, may charm the mind and form ground for speculation and conversation, but unless there is a Divine application of them to the conscience and heart, such knowledge will be of no more avail in the hour of death than the pleasing images of our dreams are of any satisfaction when we awake. How awful to think that multitudes of professing Christians will awaken in Hell to discover that their knowledge of Divine truth was no more substantial than a dream!

While it be true that no man by searching can find out God (Job 11:7), and that the mysteries of His kingdom are sealed secrets until He deigns to reveal them to the soul (Matt. 13:11), nevertheless, it is also true that God is pleased to use means in the conveyance of heavenly light to our sin-darkened understandings. It is for this reason that He commissions His- servants to preach the Word, and, by voice and pen, expound the Scriptures; nevertheless, their labors will produce no eternal fruits unless He condescends to bless the seed they sow and give it an increase. Thus, no matter how faithfully, simply, helpfully a sermon be preached or an article written, unless the Spirit applies it to the heart, the hearer or reader is no spiritual gainer. Then will you not humbly entreat God to open your heart to receive whatever is according to His holy Word in this booklet?

In what follows, we shall, as God enables, seek to direct attention to what we have referred to at the beginning of this booklet as the second of those two humanly insurmountable obstacles which lies in the way of a sinner’s salvation, and that is, the fitting of him for Heaven, by the delivering of him from the power and presence of sin. Such a work is a Divine one, and therefore it is miraculous. Regeneration is no mere outward reformation, no mere turning over a new leaf and endeavoring to live a better life. The new birth is very much more than going forward and taking the preacher’s hand: it is a supernatural operation of God upon man’s spirit, a transcendent wonder. All of God’s works are wonderful. The world in which we live is filled with things which amaze us. Physical birth is a marvel, but, from several standpoints, the new birth is more remarkable. It is a marvel of Divine grace, Divine wisdom, Divine power, and Divine beauty. It is a miracle performed upon and within ourselves, of which we may be personally cognizant; it will prove an eternal marvel.

Because regeneration is the work of God, it is a mysterious thing. All God s works are shrouded in impenetrable mystery. Life, natural life, in its origin, in its nature, its processes, baffles the most careful investigator. Much more is this the case with spiritual life. The Existence and Being of God transcends the finite grasp; how then can we expect to understand the process by which we become His children? Our Lord Himself declared that the new birth is a thing of mystery: "The wind bloweth where it listeth, and thou hearest the sound thereof, but canst not tell whence it cometh, and whither it goeth, so is every one that is born of the Spirit" (John 3:8). The wind is something about which the most learned scientist knows next to nothing. Its nature, the laws which govern it, the causation, all lie beyond the purview of human inquiry. So it is with the new birth: it is profoundly mysterious.

Regeneration is an intensely solemn thing. The new birth is the dividing line between Heaven and Hell. In God’s sight there are but two classes of people on this earth: those who are dead in sins, and those who are walking in newness of life. In the physical realm there is no such thing as being between life and death. A man is either dead or alive. The vital spark may be very dim, but while it exists, life is present. Let that spark go out altogether, and. though you may dress the body in beautiful clothes, nevertheless, it is nothing more than a corpse. So it is in the spiritual realm. We are either saints or sinners, spiritually alive or spiritually dead. children of God or children of the Devil. In view of this solemn fact, how momentous is the question, Have I been born again? If not, and you die in your present state, you will wish you had never been born at all. 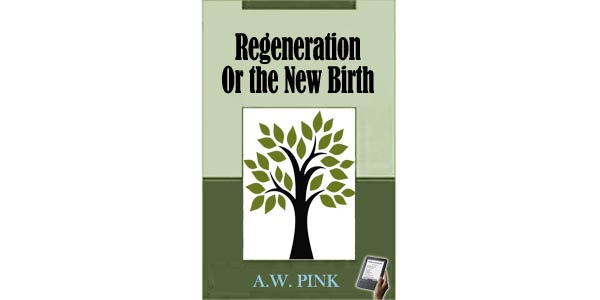