The Reformed Doctrine of Predestination (eBook) 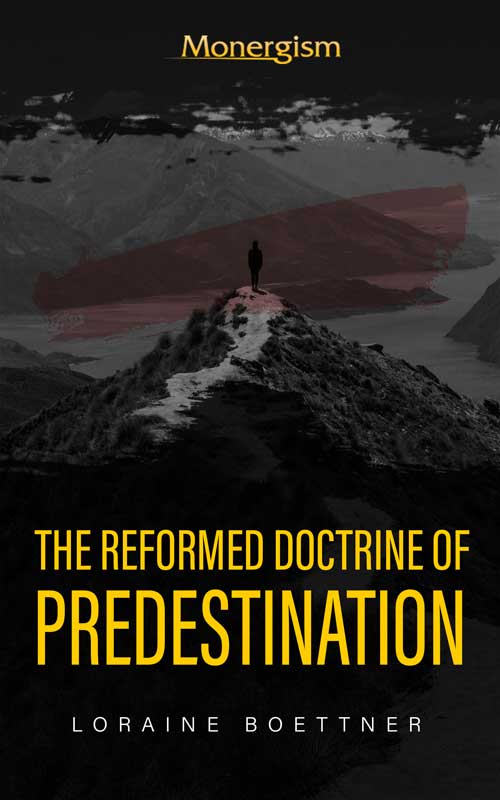 The purpose of this book is not to set forth a new system of theological thought, but to give a re-statement to that great system which is known as the Reformed Faith or Calvinism, and to show that this is beyond all doubt the teaching of the Bible and of reason. Among the past and present advocates of this doctrine are to be found some of the world's greatest and wisest men. It was taught not only by Calvin, but by Luther, Zwingli, by Bullinger, Bucer, and all of the outstanding leaders in the Reformation. While differing on some other points they agreed on this doctrine of Predestination and taught it with emphasis. Luther's chief work, "The Bondage of the Will," shows that he went into the doctrine as heartily as did Calvin himself. He even asserted it with more warmth and proceeded to much harsher lengths in defending it than Calvin ever did. Augustine's doctrine of Predestination set against him all the half-hearted elements in the Church and arrayed him against every man who belittled the sovereignty of God. He overcame them, and the doctrine of Predestination entered the belief of the universal Church. The great majority of the creeds of historic Christendom have set forth the doctrines of Election, Predestination, and final Perseverance, as will readily be seen by any one who will make even a cursory study of the subject.

The great theologians of history, Augustine, Wycliffe, Luther, Calvin, Zwingli, Zanchius, Owen, Whitefield, Toplady, and in more recent times Hodge, Dabney, Cunningham, Smith, Shedd, Warfield, and Kuyper, held this doctrine and taught it with force. That they have been the lights and ornaments of the highest type of Christianity will be admitted by practically all Protestants.From the time of the Reformation up until about one hundred years ago these doctrines were boldly set forth by the great majority of the ministers and teachers in the Protestant churches; but today we find far the greater majority holding and teaching other systems. It is only rarely that we now come across those who can be called "Calvinists without reserve."

The tendency in our enlightened age is to look upon Calvinism as a worn-out and obsolete creed. At the beginning of his splendid article on "The Reformed Faith in the Modern World," Prof. F. E. Hamilton says, "It seems to be tacitly assumed by a large number of people in the Presbyterian Church today that Calvinism has been outgrown in religious circles. In fact, the average church member, or even minister of the gospel, is inclined to look upon a person who declares that he believes in Predestination, with a glance of amused tolerance. It seems incredible to them that there should exist such an intellectual curiosity as a real Calvinist, in an age of enlightenment like the present. As for seriously examining the arguments for Calvinism, the idea never enters their heads. It is deemed as out of date as the Inquisition, or the idea of a fiat world, and is looked upon as one of the fantastic schemes of thought that men held before the age of modern science." Because of this present day attitude toward Calvinism, and because of the general lack of information concerning these doctrines, we regard the subject of this book as one of great importance...The quality which gave such force to Calvin's teaching was his close adherence to the Bible as an inspired and authoritative book. He has been referred to as preeminently the biblical theologian of his age. Where the Bible led, there he went; where it failed him, there he stopped short. This refusal to go beyond what is written, coupled with a ready acceptance of what the Bible did teach, gave an air of finality and positiveness to his declarations which made them offensive to his critics.

Loraine Boettner's communication of Biblical truth is clear and comprehensive such that even the youngest student of God's Word can access them easily; while at the same time, his simplicity in presenting the doctrine allows the most studied and academic of the reformed faith to receive benefit from this treatise with joy the the Glory of God.

Every student of God's Word should take the time to read this, even those who have never explored the Reformed perspective. Dr. Boettner presents the heart of Calvinistic principle with two feet firmly planted on the gospel and his reasoned explanation will be challenge those who have a different perspective.

One of the 20th-century's most reasoned explanations of the sovereignty of God and the Reformed interpretation of salvation. "Whoever really wants to know what Calvinism teaches cannot do better than to read this book from cover to cover".--United Presbyterian magazine.

Chapter 2 - Statement of the Doctrine

Chapter 4 - The Sovereignty of God

Chapter 5 - The Providence of God

Chapter 6 - The Foreknowledge of God

Chapter 7 - The Outline of Systems

Chapter 9 - A Warning Against Undue Speculation

Chapter 14 - The Perseverance of the Saints

Chapter 15 - Objection 1. It Is Fatalism

Chapter 16 - Objection 2. It Is Inconsistent with the Free Agency and Moral Responsibility of Man

Chapter 17 - Objection 3. It Makes God the Author of Sin

Chapter 18 - Objection 4. It Discourages All Motives to Exertion

Chapter 19 - Objection 5. It Represents God As a Respecter of Persons

Chapter 20 - Objection 6. It is Unfavorable to Good Morality

Chapter 21 - Objection 7. It Precludes a Sincere Offer of the Gospel to the Non-Elect

Chapter 24 - Personal Assurance That One Is Among the Elect

Chapter 25 - Predestination in the Physical World

Chapter 26 - A Comparison with the Mohammedan Doctrine of Predestination

Chapter 27 - The Practical Importance of the Doctrine